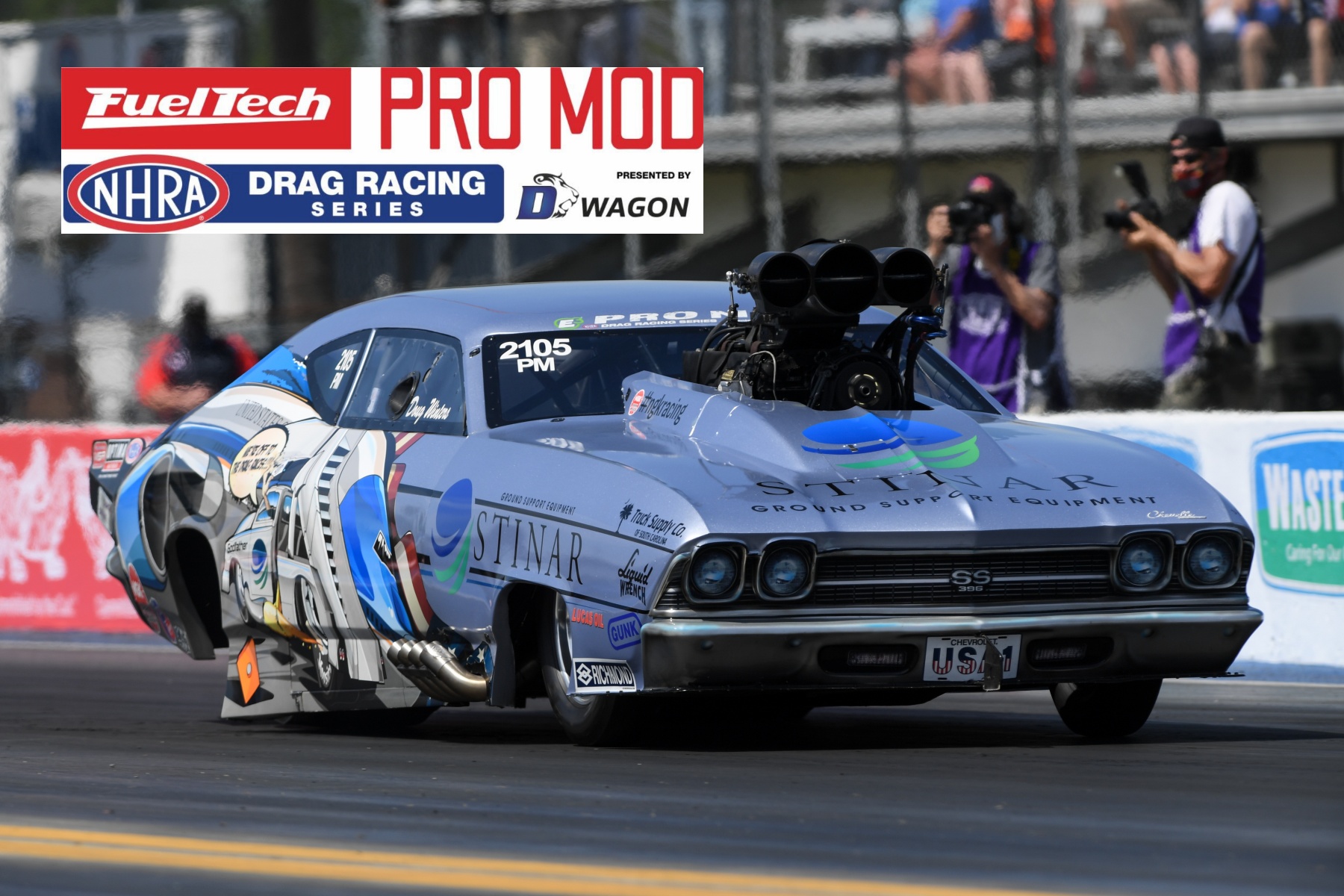 After a thrilling opener last month in Gainesville, the FuelTech NHRA Pro Mod Drag Racing Series presented by D-Wagon will feature nine more stops as part of the 2022 NHRA campaign, including this weekend’s Circle K NHRA Four-Wide Nationals at zMAX Dragway in Charlotte. After the stop in Charlotte, the series will head to Virginia Motorsports Park in May before a busy summer and fall schedule. The 10-race season will conclude as part of the Texas NHRA FallNationals on Oct. 13-16 at Texas Motorplex in Dallas.

D-Wagon is also a sponsor for Pro Mod veteran Doug Winters as the company, which serves as a people transporter behind any golf cart or all-terrain vehicle (ATV) equipped with a hitch, looks to increase its involvement with NHRA.

“Doug has been a staple racing in the NHRA Pro Mod Drag Racing Series, and we’ve seen the great benefit of sponsoring him and being associated with NHRA and its Pro Mod series,” Kruckeberg Industries Owner and CEO/CVO Craig Kruckeberg said. “We’re excited to expand into this role as the presenting sponsor of the NHRA Pro Mod Drag Racing Series and we know this partnership will benefit D-Wagon a great deal. The NHRA race teams and fanbase is the perfect demographic for our new endeavor with D-Wagon and we’re looking forward to a fantastic season.”

The FuelTech NHRA Pro Mod Drag Racing Series presented by D-Wagon features the world’s fastest doorslammer cars, offering something unique for every drag racing fan. Featuring several different power adders and 250-mph action, the class has been a hit with fans and enjoyed a strong opener in Gainesville, where Kris Thorne raced to his first career victory in the class.

D-Wagon, which has many models and features available to consumers, is part of Kruckeberg Industries, a management company founded in 2013 by Kruckeberg. The business has more than 50 years of collective experience helping businesses evolve from start-ups to well-established companies.

“It’s always great to introduce new companies to NHRA race teams and our fans, and we’re thrilled to welcome D-Wagon as the presenting sponsor for the FuelTech NHRA Pro Mod Drag Racing Series,” said Brad Gerber, NHRA vice president and chief development officer. “Our race product and Pro Mod Series is a perfect fit for their customer base, and we’re excited to build on this partnership during the 2022 season.”