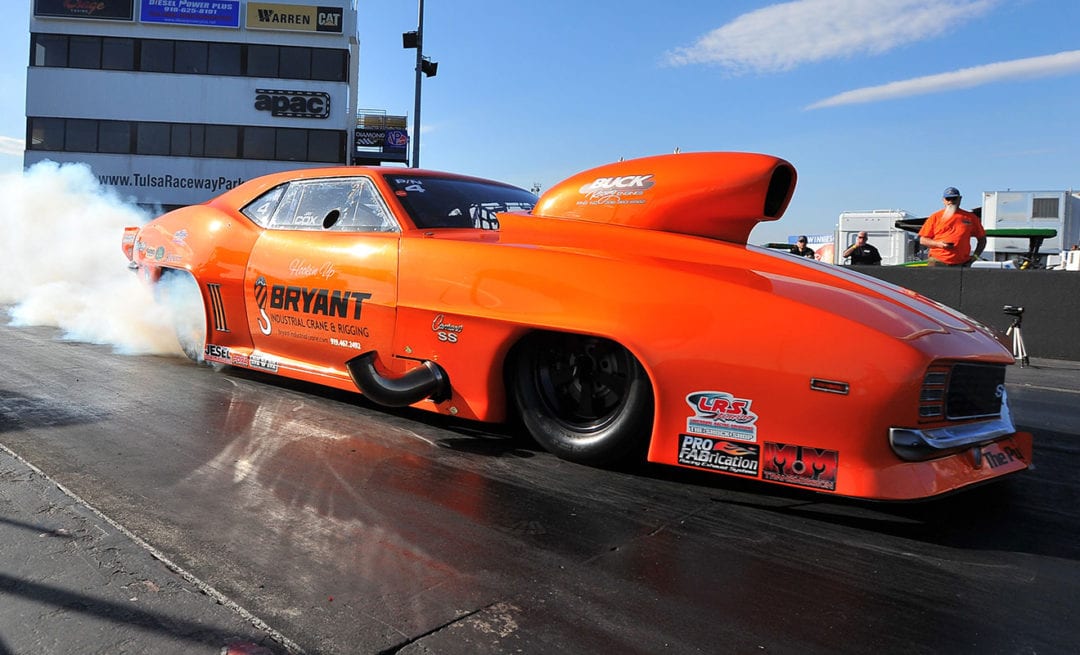 Known for hitting anything thrown his way during his days as a baseball star at the University of North Carolina, Pro Nitrous star Jay Cox will take his best swing at a curveball heading into the 2017 season.

Coming off an outstanding year of racing in arguably drag racing’s most competitive heads-up category, Cox recently received news that racing partner Bryant Marriner of Bryant Industrial Crane and Rigging in Morrisville, NC, is ceasing his involvement in the sport at age 68 to spend more time with his family. That leaves Cox, who finished just one round of racing shy of winning the Professional Drag Racers Association (PDRA) Pro Nitrous championship, without the necessary funding to compete in 2017. 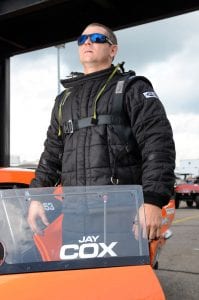 “I can’t thank Bryant and his wife, Candy, enough for all the support and everything they’ve done over these last few years,” Cox said. “I wouldn’t be where I am without them. We had a heck of a run and a whole lot of fun, and I’m going to miss those times, but at the same time I completely understand the reasons behind his decision.

“The good news is we’ve still got the car, the engine, the equipment, and the team that produced a championship in the GALOT Motorsports Park Mad Mule series, ran a 3.68 at 202 MPH, won three PDRA races, and battled back from a midseason crash to nearly win a PDRA Pro Nitrous championship. We just need the operational budget to keep it all going,” said the native of Smithfield, NC.

As Cox alluded to, the team doesn’t lack for top-notch equipment. His familiar RJ Race Cars-built ’69 Camaro, dubbed “The Pumpkin” for its orange paint, is powered by a 950+ cubic inch fuel-injected beast from Buck Racing Engines. “We have everything, and I manage everything. There’s nothing I can’t or don’t do, from rebuilding the engine, to tuning, to driving the rig. We have a lot of the best stuff, but I know how to run out front on a budget as well.

“I’m hoping to team up with someone who loves this stuff just as much as I do,” Cox continued. “Ideally, I’m looking for a long-term situation; the reason I say that is because when you’re committed, you invest a lot of time in research and do a lot of development, and if you jump around you lose some of that. I want to keep what we learn to ourselves and really build something special. That’s my dream.

“At the same time, I’m willing to be flexible. I’m open to driving or tuning for a team, or both. I’m committed to doing what it takes to stay out there in 2017,” Cox concluded.

As for his 2017 schedule, Cox has his sights set on all eight PDRA races and contending for the Pro Nitrous championship once again. In addition, he plans to defend his title at the three Mad Mule shootouts scheduled at GALOT Motorsports Park in Benson, NC.

With an outsize personality off the track that matches his performance on it, Cox is one of the most popular drivers in the division and won’t let this setback rattle his confidence.

“I’m still looking forward to 2017,” he stated. “We’re just getting started and we’ve got some unfinished business to take care of. It’s going to be a fun ride, I can promise you that.”