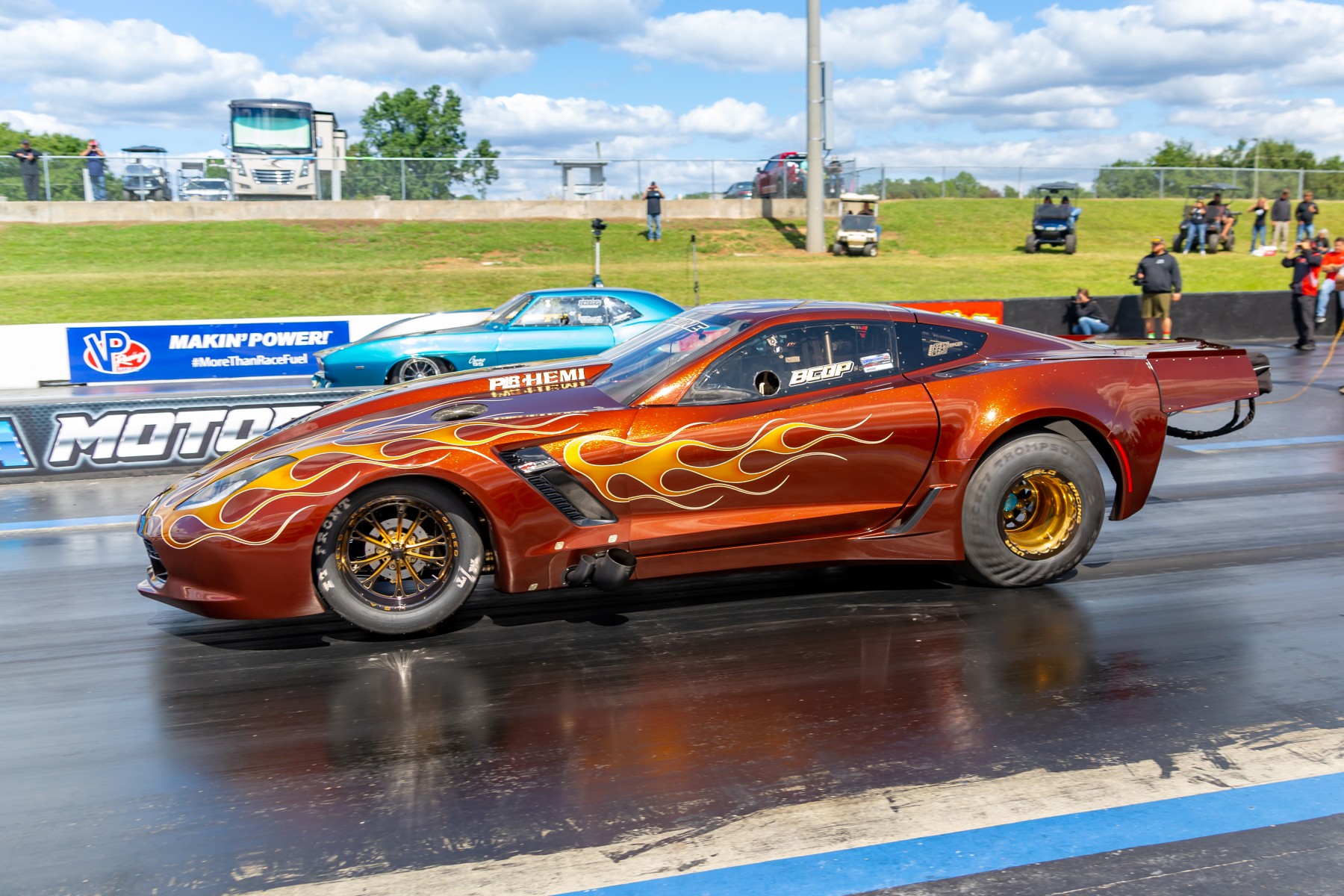 Blake Copson went into last weekend’s Shakedown Nationals XVIII at Virginia Motorsports Park with a commanding lead in the Atomizer Racing Injectors Outlaw 10.5 National Championship Series after winning four consecutive races. His twin-turbocharged “Root Beer Rocket” ’17 Corvette had been on a string all season, and he was simply hoping to keep it going at one of the class’ biggest races of the year.

“Every time you’re winning like that, you’re kind of like ‘Can we go one more? Can we keep this going?’” Copson, 26, said. “I was trying to stay realistic, but also I had high hopes, of course. We knew we had a good car, but we also knew that everyone else was going to be stepping up. We just knew it was going to be an eventful weekend.”

An eventful weekend it was, as Copson qualified No. 3 in the stacked 23-car qualifying order with a 3.802 at 206.07 mph and had a 3.80-second bracket car through eliminations before stepping up to a 3.76 to defeat new record holder Mark Benston Jr. in the final round.

“I think we ran 3.80 flat three or four times in a row no matter what tuneup we threw in it,” said Copson, a 2019 DI 30 Under 30 honoree. “We did end up finding a small problem. Luckily we fixed it before we faced Benston because a 3.80 wouldn’t have cut it against him. But it all ended up working out.”

“The amount of runs Josh has on our car now, he’s very confident with the weight package,” Copson said. “I was able to see you don’t have to have the fastest car to win, you just have to make consistent laps. That’s what we were doing. Like I said, once we got to race Mark, we knew we had to kind of swing at it – and we did.”

The win meant a little more for Copson because his reaction times helped seal the deal. He was .019 on the tree in the first two rounds, then .023 to Benston’s .051 in the final.

“That’s a racer’s dream, to get a couple holeshots,” Copson said. “I started off racing slot cars. It’s like a 60-foot track. That sport, the cars are so fast and the track is so short, the rounds and the races are won purely on reaction.

“So doing that growing up, I always learned the importance of leaving first,” he added. “If you leave first, you have a better chance of getting to the stripe first. I’ve got the practice tree at home, so I’m always playing around with that. But the reaction time is something I take super serious. If you leave first, you’ll probably get to the end first. The holeshot was really cool. It definitely made the whole weekend.”

Copson picked up a cool $10,000 for the victory, but the title “Shakedown Nationals event champion” will last a lot longer than the money.

“Growing up, the Shakedown was therace when [Dave] Hance had it at Englishtown,” Copson said. “It couldn’t have gone into better hands with Tommy Franklin and [Tyler] Crossnoe and that whole crew at VMP. That was definitely a bucket list item for me and my dad to go out there and win that race. And the fashion we did it in made it that much more special. It’s a memory we’ll always have.” 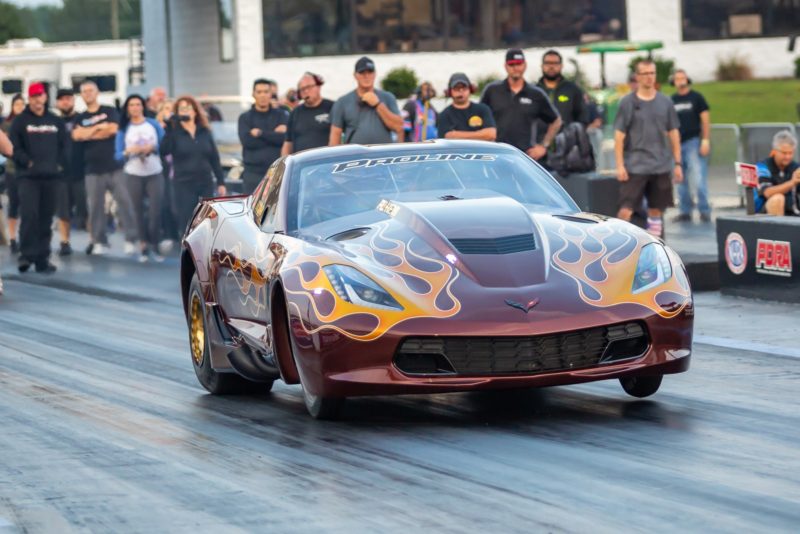 “I believe we’re one round out from securing the Atomizer deal,” Copson said. “I believe at the next Cecil race we need to qualify first or second and go one round. God willing, we’ll be able to lock that up. That would be a cool way to end the season.”

Looking ahead at next season, Copson is planning a schedule packed full of events up and down the East Coast. Copson and his father, Joe, also have some upgrades planned for the “Root Beer Rocket” so it can compete in Pro 275.

“We’re going to try to finish out strong with the Outlaw 10.5 season, then going into 2021 we got a new bullet coming from the guys at Proline and some bigger turbos,” Copson said. “We’re going to try our hand over there at Duck’s races in Pro 275. For 2021, we’re going to go for Duck’s championship for Pro 275. Of course we’re going to support Tyler’s races, the Outlaw Street Car Reunion and Shakedown. Monty Mikho is going to be having two Yellowbullets next year [at Cecil County], so we’re definitely going to both of those. I’m looking forward to it. 2021 is looking jam-packed already.”