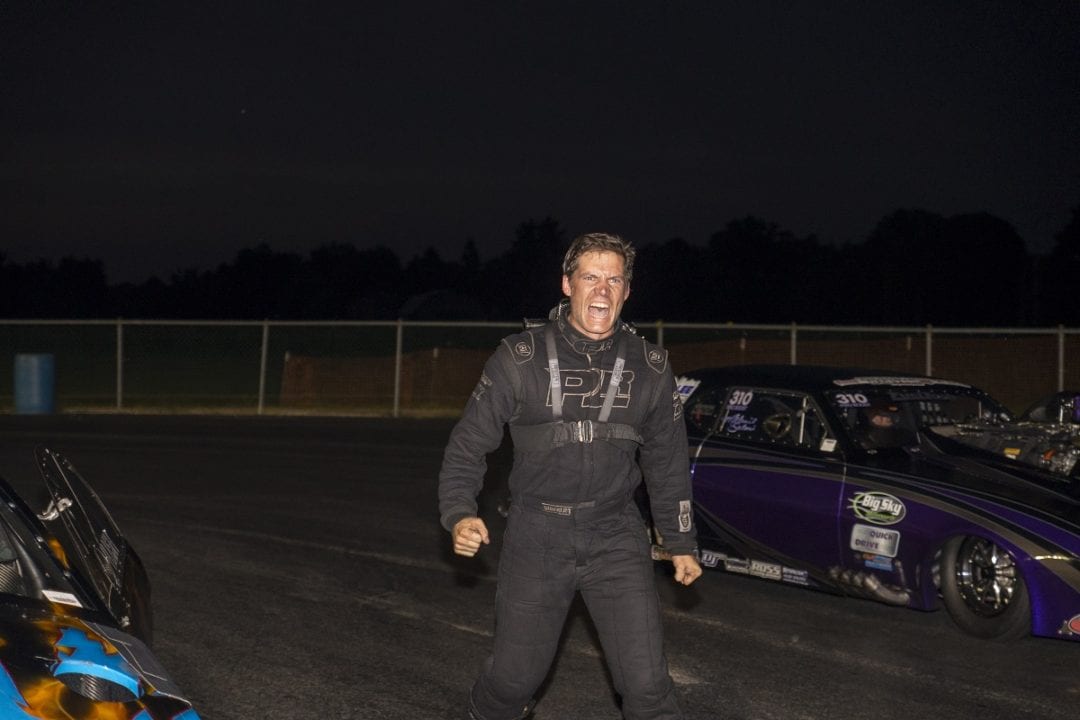 At the end of the night, “Flash” was the last man standing at the 2016 running of the Summit Racing Equipment Shakedown at the Summit presented by Mickey Thompson. Pro Line Racing Engines Outlaw Pro Mod competitor Kevin Fiscus, who adopted the “Flash” moniker earlier this season when he entered into a no-prep drag race alongside a slew of nickname-having racer/cast members of the hit television show STREET OUTLAWS, endured many difficulties during his quest to reach the winners circle. The Jacksonville, Florida-based driver found himself sitting in the number-seven spot on the ladder after rain hindered qualifying. The 5.95-second effort paired him up against HOT ROD Drag Week hitter Tom Bailey in the opening round of eliminations.

Plagued by burst panel failure, amongst other issues, the Fiscus/Klugger Racing team thrashed round after round before meeting up with Melanie Salemi in the finals. On paper, Salemi was a surefire winner after a string of 5.87-second runs throughout eliminations. However, when the ‘tree flashed in the finals it was Fiscus/Klugger Pro Line Racing Engines-powered 2012 Ford Mustang that went A to B when it mattered most, while Salemi encountered tire shake, was forced to lift and watch Fiscus blast down the 1320’ to a stout 5.97-second elapsed time – his second full pull of the weekend. The team’s persistence and ability to fight when cornered earned them a sweet $40,000 payday.

“We had to thrash all week to get here, and then thrash some more when we got here,” said Fiscus. “We blew two burst panels out of the intake and we were only running at 80-percent all weekend, but somehow, someway, we were able to go rounds and get the check at the end of the day.”