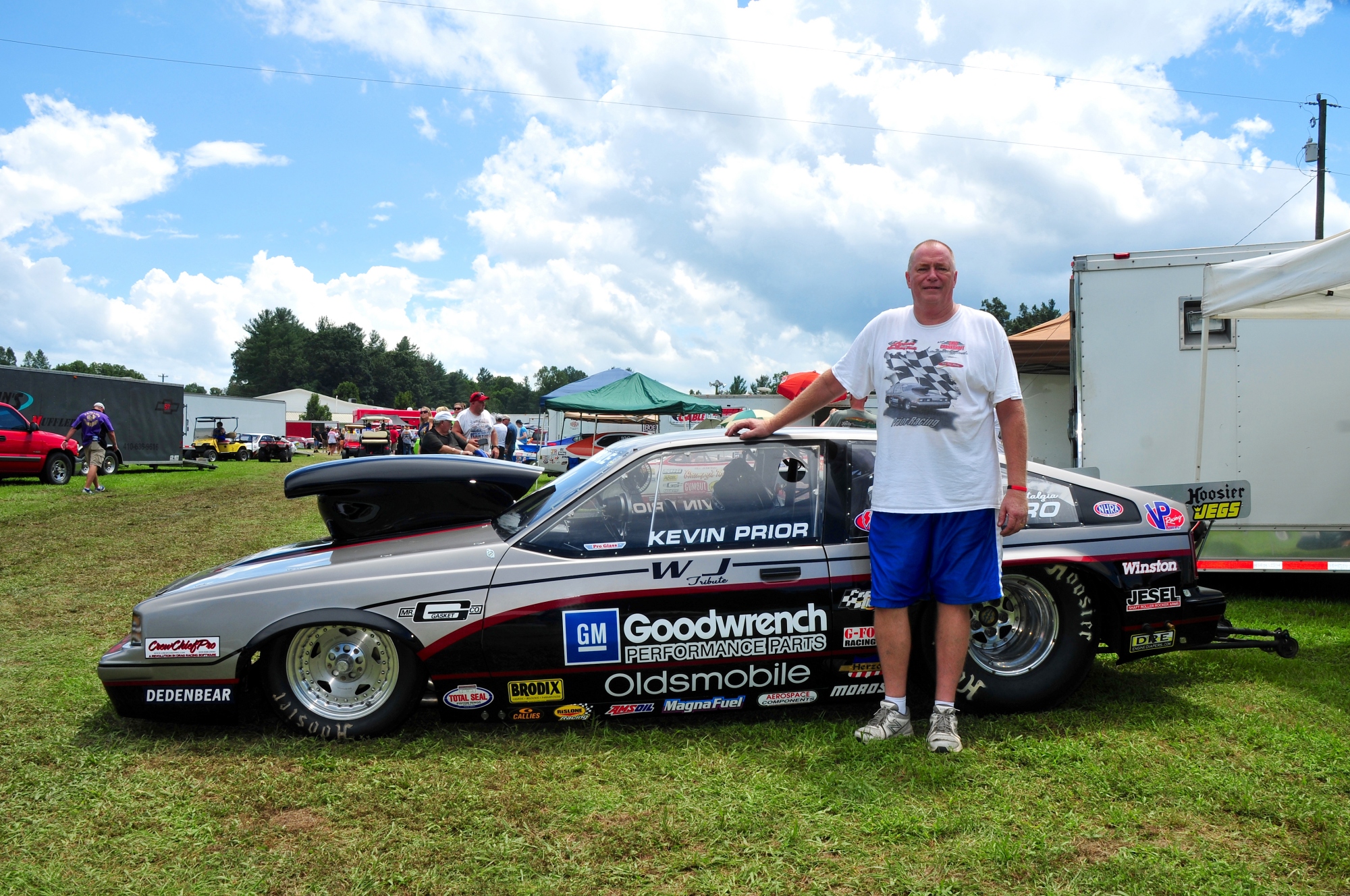 Kevin Prior is a perfect example of how organized drag racing can turn a young man’s wayward life around, or at least his wayward driving habits. Prior, who grew up in the Warrenton, Missouri, area had a fascination with fast cars early on, and like so many before him, he used the highways as raceways until he found himself just one point away from losing his driver’s license. “My dad told me he wasn’t going to court with me again,” Prior recalls. It was then Prior and his buddies started visiting their local drag strips in eastern Missouri and realized that it made so much more sense than their previous habits.

Prior first began racing his street cars, followed by a 340 ci Plymouth Duster, which served as his first dedicated race car. “The Duster was actually a AHRA world record holder in 1977 in H-Production Automatic,” Prior says. He later raced a 1966 Chevelle, then a 1967 Camaro, followed by a wild, wheel-standing 1969 Nova, which clocked 10.70s in the quarter-mile in the early 1980s. “After that I actually quit racing for a while and had a family,” he says. He tried to go back to the track as a spectator, but it just didn’t hold the same mystique.

He was lured back to racing, however, in 1997 right after they completely refurbished his local Gateway Motorsports Park in St. Louis. “I went to the track and saw a bunch of my buddies that I hadn’t seen in 15 years and that’s all it took…I had a race car again shortly thereafter.”

It was his desire to go faster that lead him to the 1987 Oldsmobile Firenza that he currently owns. “First time I ever saw the car my first concern was whether or not I could even fit in the thing,” Prior laughs. He stands 6 foot 4 inches tall and the Firenza is something of a pint-sized race car in comparison to most of the others he’d owned. “I took a seat in the car and liked it a lot.”

This Oldsmobile was originally built by Tommy Mauney for the previous owner, Jerry Wilkerson, who raced the car in Comp Eliminator, before being sold to Jeff Taylor. By the time Prior first learned of the car, it had been parked for about 5-6 years before Prior bought it in 2013.

Immediately after buying it, Prior had the desire to transform the Firenza into a Warren Johnson tribute car. He’s always been a fan of WJ, although the two have yet to actually meet. They do, however, have a mutual friend through which “The Professor” gave Prior his blessings to make a tribute car, but with one stipulation: “Don’t make me look stupid!” Prior actually talked to Johnson on the phone for about a half hour, and that’s as close as they’ve ever come to meeting. “I’ve heard from other people that Warren really likes the car,” smiles Prior, who debuted the Olds at Missouri’s Sikeston Dragway shortly after it was finished.

The following year he competed at the World Series of Drag Racing in Cordova, Illinois, where a 16-car field of Nostalgia Pro Stocks were gathered. “I absolutely had a blast!” Prior says. He also towed the car to Wilkesboro, North Carolina, for the inaugural Don Carlton Memorial race several years ago. He’s also entered a handful of ADRL events with the car and won the meet in Martin, Michigan, this year.

“I didn’t necessarily put the car together to do the nostalgia circuit,” he says, “but the opportunity is certainly there to tour and be a part of gatherings with similar cars of this era, and it’s been a whole lot of fun thus far.”