After a total 112 entries in four official heads-up classes made laps at 11 events in 2019, the Southeast Gassers Association (SEGA) lived up to its reputation for presenting close racing, both on the track and on its season championship points lists.

“I’m proud of every one of our 2019 champions. They’re all great guys who work on their own race cars, but would drop everything to help a competitor get to the line,” SEGA owner and promoter Quain Stott said. 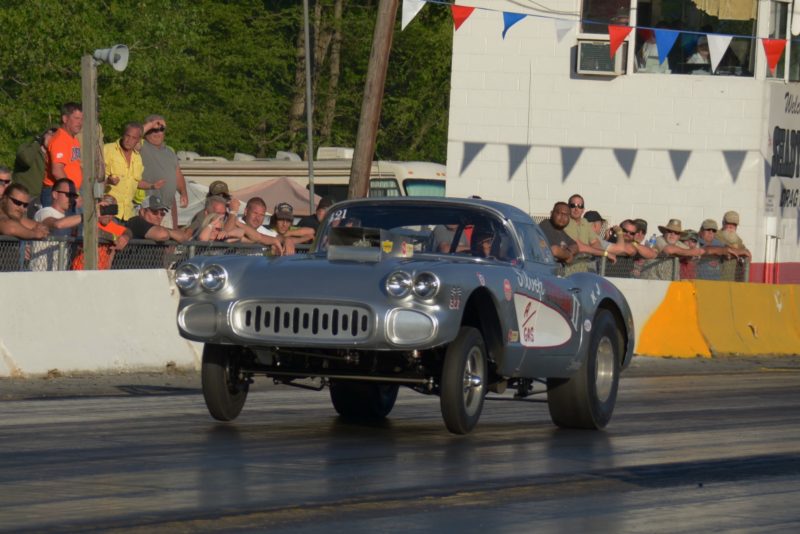 Leading the charge to celebrate series titles at the SEGA Awards Banquet Jan. 25, 2020, in Pigeon Forge, TN, will be A/Gas champion Kenneth Phillips, who drove his “Silver Streak II” ’58 Corvette to five number-one starts and four wins in five final-round appearances this year. Still, despite the stellar numbers, the veteran racer from Campobello, SC, edged Alan Gaulden and his ’60 Vette for the title by just 10 points–the equivalent of two rounds worth of racing.

There was a little more room at the top for new B/Gas champ Tim Bailey and his “Alley Cat II” Corvette as two wins in four finals were enough to give him a 40-point cushion over runner-up Jerry Birch. Meanwhile, C/Gas honors went to Leslie Horne and his “Stud Muffin” Chevy II station wagon on the strength of two number-one starts and three wins in four final rounds.

And despite earning a half dozen first-place starts and going on to win five of an incredible 10 final-round appearances with his “4-Speed Stampede” Plymouth wagon, Clinton, IN’s Robert Peffley finished in a tie for first place with Mark Hackett in the first official season for SEGA Super Stock. Stott explained SEGA rules dictate that in the event of a tie the first to reach the final tally is declared the champion.

“It’s the competitiveness of our organization that stands out because none of our championships were runaways,” he added. “In fact, in the nine years of SEGA we have never had a back-to-back champion. We’ve had a few guys that have won twice, but never two years in a row, which again I think speaks volumes for the competition.”