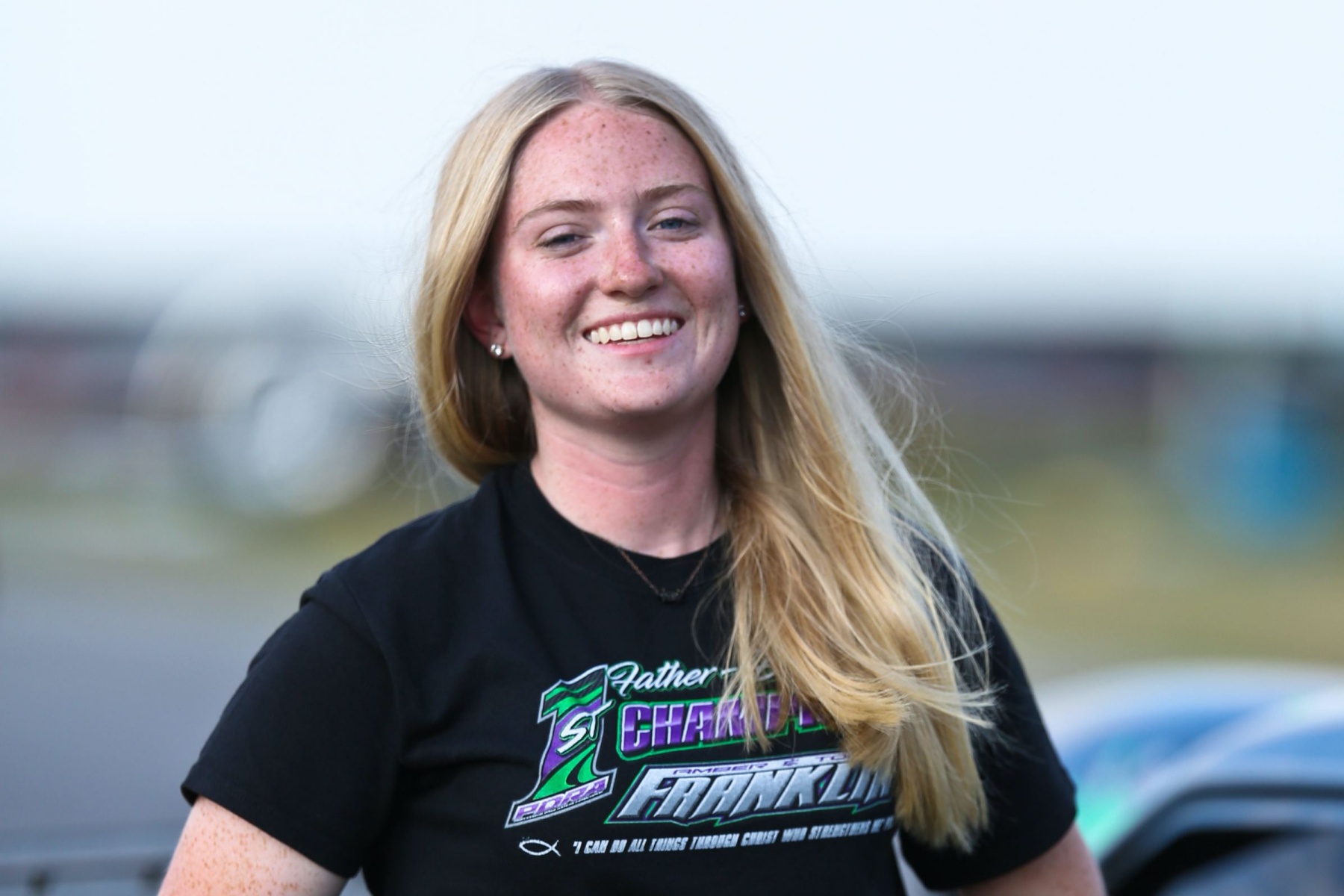 Between two Jr. Dragster classes and a slew of professional and sportsman categories, the Professional Drag Racers Association has a number of young drivers, tuners, crew members and other personalities contributing to the all-eighth-mile series’ success. Many of those young people have appeared on past DI 30 Under 30 lists, while another handful made the list this year.

But there are also many more under-30 PDRA participants who are still earning their stripes, with just a few steps to go before they too make it on the 30 Under 30 list. The five personalities in this feature have each done big things over the last few years, and their performances suggest they’re on an upward trajectory that will land them on the 30 Under 30 list in the coming years. [Editor’s Note: Jr. Dragster champions Ethan Steding and Rowan Parlett will appear in an upcoming issue celebrating the 2021 racers of the year.] 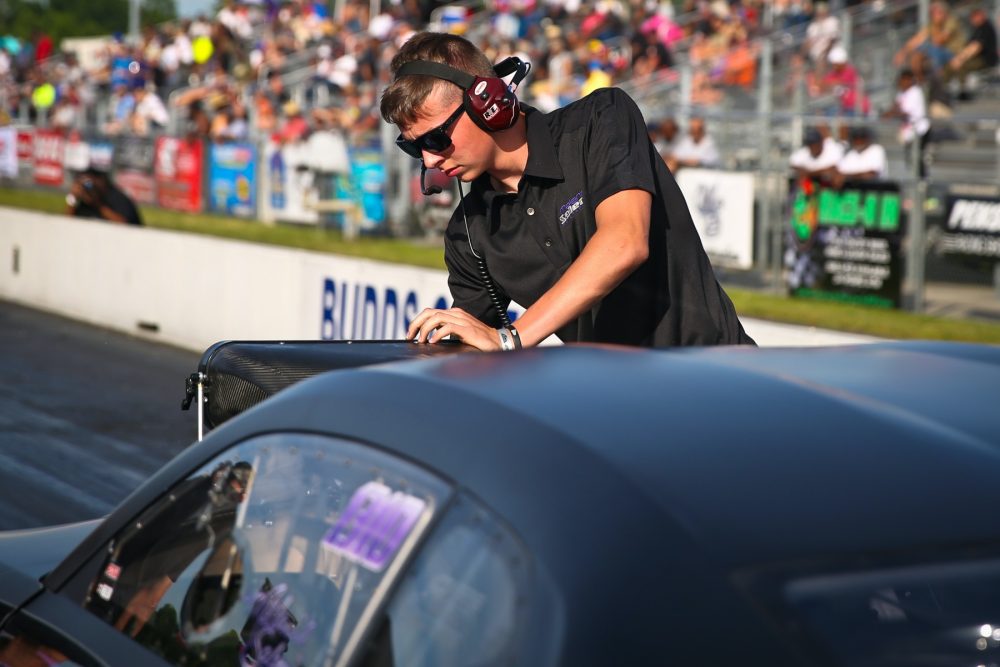 Evan Salemi has grown up in a family that’s laser-focused on high-level Pro Modified racing. His father is Jon Salemi, the founder of Resolution Racing Services and the tuner of Pro Boost and Radial vs. the World cars driven by his wife and Evan’s stepmom, Melanie Salemi. Evan’s uncle, Jim Salemi, built the team’s cars at his chassis shop, G-Force Race Cars. Evan rounds out the group as one of the key crew members on Melanie’s “Purple Reign” ’68 Firebird in Penske/PRS Pro Boost presented by WS Construction competition.

At just 20 years old, Salemi has earned the respect of his peers for his work alongside his dad and the rest of the family. He received numerous 30 Under 30 nominations, with 2016 30 Under 30 honoree “Nova Joe” Albrecht saying, “Evan can do literally anything on a blown alcohol Pro Mod. The kid is wise beyond his years.”

In addition to working on the family hot rod, Salemi also often helps out with numerous Resolution Racing Services and G-Force Race Cars customers, traveling to races around the country and picking up more knowledge along the way. He’s also taken the tree himself, competing in Pro Jr. Dragster before he aged out. 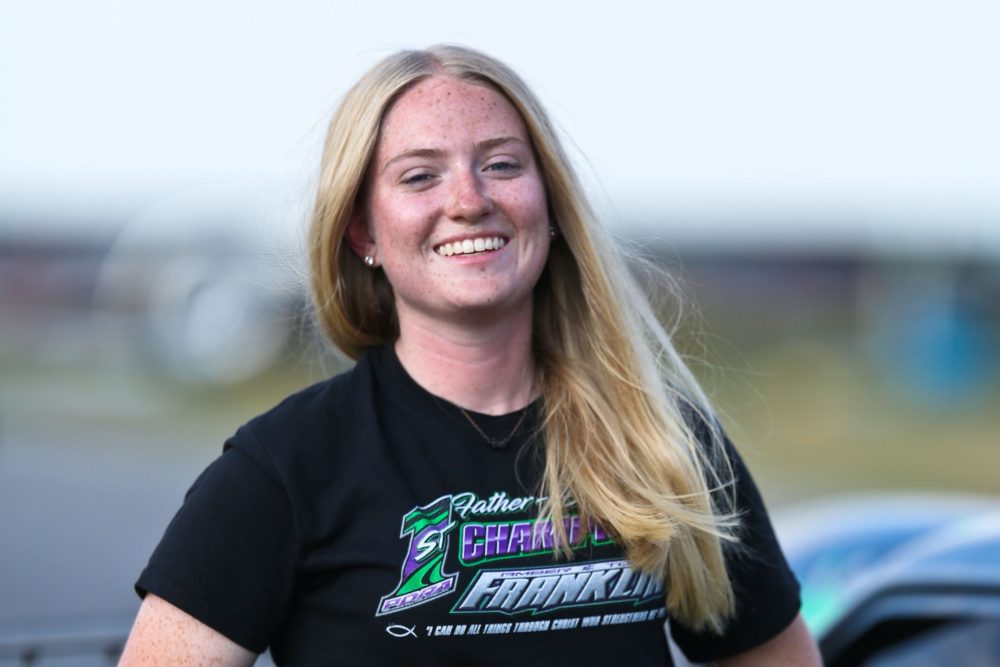 Many onlookers had high hopes for Amber Franklin when it was announced that the 2017 Pro Jr. Dragster world champion would make her $hameless Racing Pro Outlaw 632 debut at PDRA Proline Racing DragWars presented by Modern Racing in October. But her perfect .000 reaction time in the first qualifying session definitely raised some eyebrows. When she finished the weekend with a runner-up finish and backed it up with another runner-up finish at the Brian Olson Memorial World Finals presented by ProCharger, everyone quickly realized the class had a new championship contender to watch out for in 2022.

Franklin, 19, is driving the same Jerry Bickel-built “Jungle Rat” ’69 Camaro that her father, Tommy Franklin, drove to the 2016 and 2017 Pro Nitrous world championships. The Franklins did make some modifications to run Pro Outlaw 632, including a Musi 632ci engine in place of the Pro Nitrous-standard 959ci mill.

Franklin has proven she has what it takes as a driver to take advantage of the top-shelf equipment. She’s already one of the most consistently quick leavers in the class, showcasing the talent she developed in the Jr. Dragster ranks and in Top Dragster and local bracket racing competition.

Off the track, Franklin remains deeply involved in the sport through her work with the family businesses, which include the PDRA and Virginia Motorsports Park. She also supports her younger sister, Ashley, who now competes in Pro Jr. Dragster, as well as her dad in Pro Nitrous, and her boyfriend, Blake Denton, a Top Dragster standout. 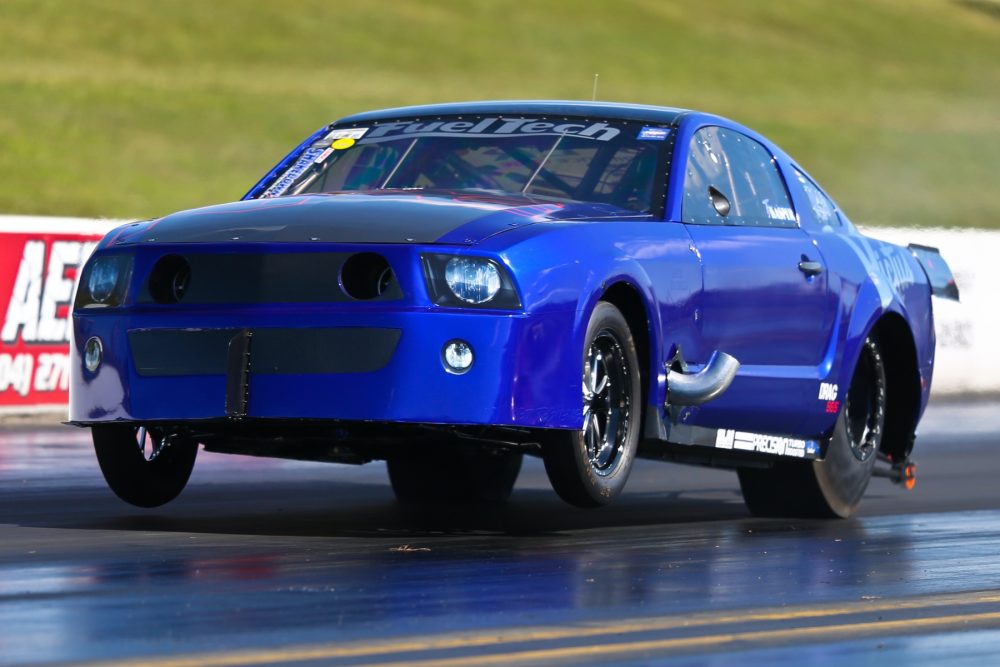 With a little luck and some slightly quicker performances, Kasper will surely find his way to the winner’s circle in Pro Street’s second championship season. 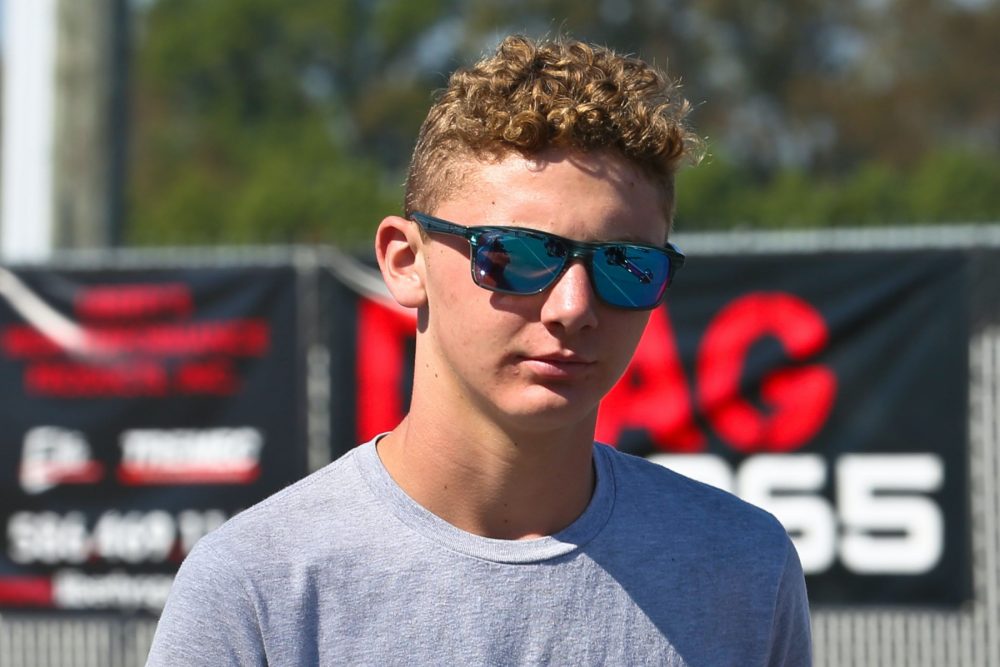 Last year, Nyck Shirkey was flying high when he secured the 2020 Coolshirt Systems Pro Jr. Dragster world championship. The aspiring pilot continued to excel this year, as he pulled double duty in Pro Jr. Dragster and Edelbrock Bracket Bash presented by COMP Cams. In fact, he took runner-up honors in his “big car” debut, while also picking up a runner-up finish in Pro Jr. Dragster competition. He finished sixth in points, while his younger brother, Zach, finished the year as the championship runner-up.

Shirkey is also doing big things outside of racing, as he was recently accepted to the Embry-Riddle Aeronautical University, where he’ll study aeronautical science. 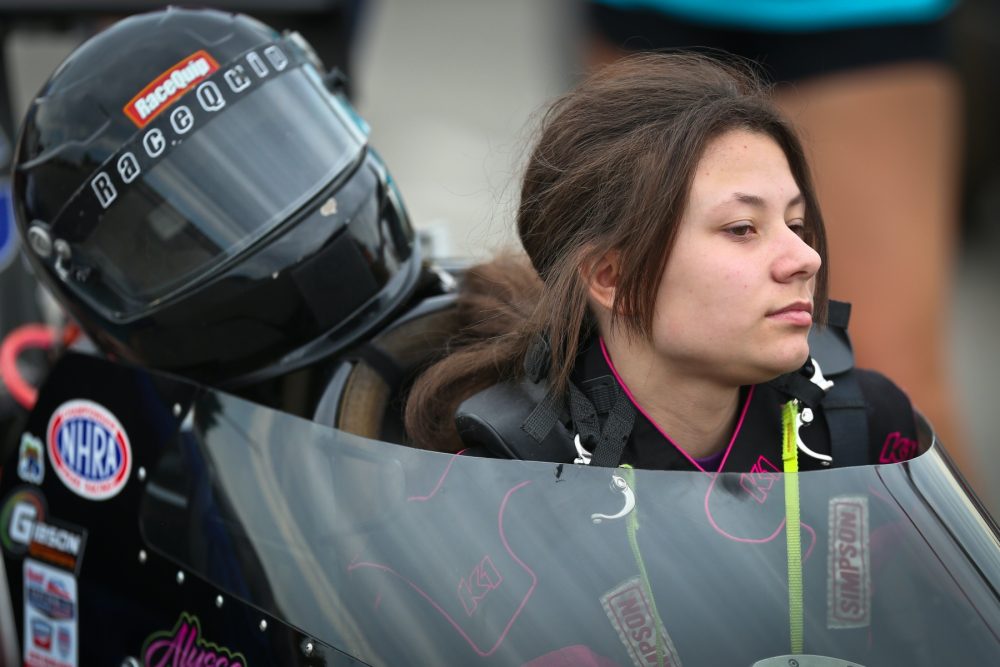 The PDRA’s Jr. Dragster classes have proven to be some of the most competitive divisions in the series, but South Carolina’s Alyssa Rabon has shown she’s clearly up to the task. The 2020 Classic Graphix Top Jr. Dragster world champion came out swinging this season, winning the season-opening East Coast Nationals presented by FuelTech. She added a late-season win at DragWars in her “Pink Bullet” dragster to end up No. 2 in points behind rookie sensation Rowan Parlett.

The third-generation driver has also experienced success outside of PDRA competition, winning track championships at Rockingham Dragway and Darlington Dragway, along with seven NHRA Wallys and an IHRA Ironman.