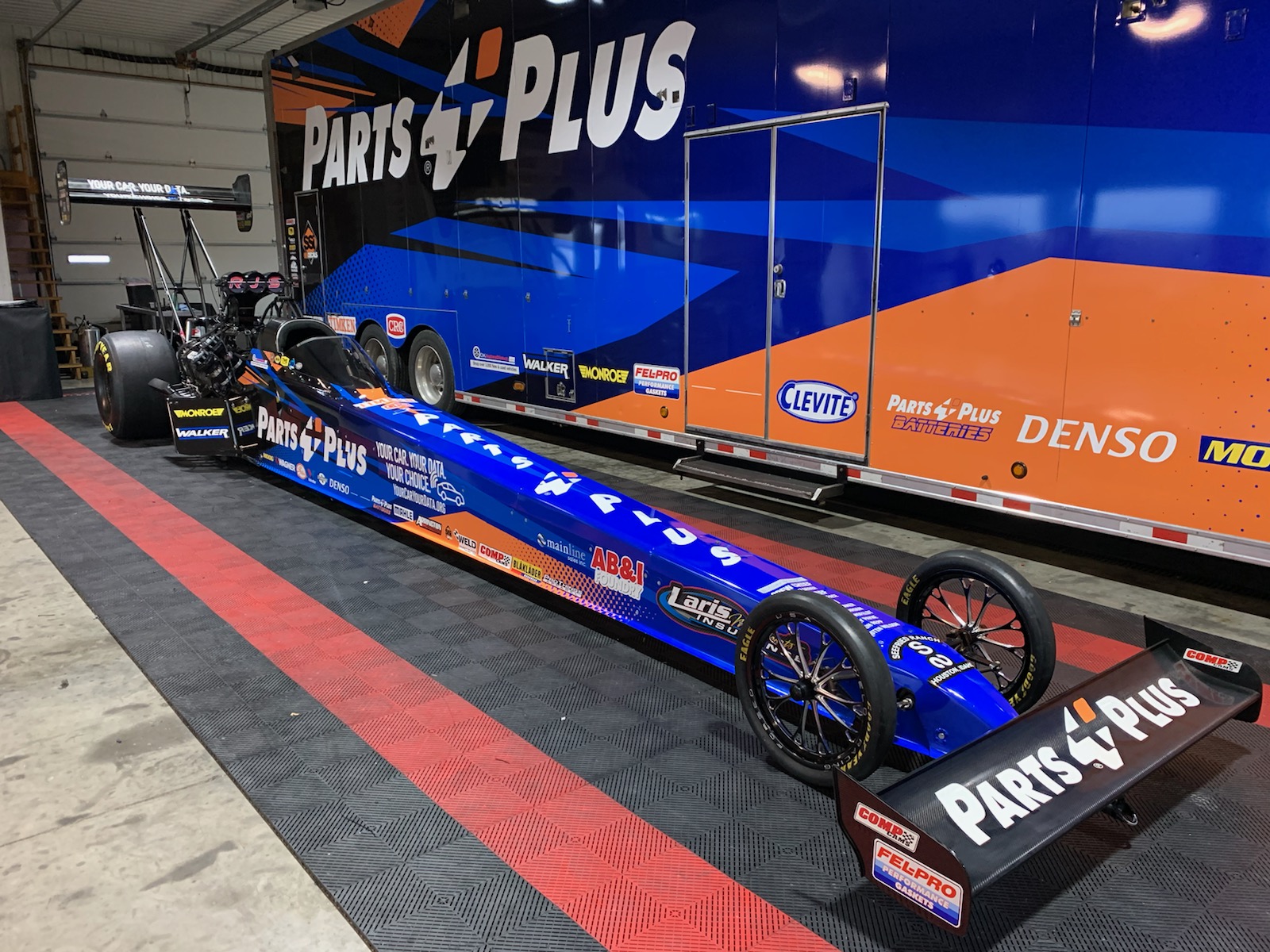 With 2019 a rebuilding year of sorts, a new look and a fresh wave of enthusiasm sets the stage for the Straightline Strategy Group and Top Fuel driver Clay Millican as the 2020 Mello Yello Drag Racing Series begins on February 6-9 in Pomona, CA.

With primary backing from Parts Plus and their collaboration with the national advocacy campaign Your Car. Your Data. Your Choice, plus major associate sponsor support from Laris Motorsports Insurance, Millican is pumped to get the season underway.

“I’ve been involved with the preparation and work that gets done during the offseason period for many years and this time has been especially productive for our team,” Millican said.

“We saw some ups and down in 2019 with multiple final-round appearances, but we weren’t able to score an event Wally,” Millican added, “so [crew chief] Mike Kloeber and [car chief] Chris Menapace along with the entire crew have been working hard to ensure that will not be an issue in 2020.”

The Straightline Strategy Group team will be attending the PRO test session at Las Vegas Motor Speedway, January 30 – February 1 in preparation for the upcoming NHRA Winternationals. The test session will also serve as the back drop for the team’s new look.

“We are very thankful and pleased with the efforts SSi Decals put into the design creation and quality installation,” said SSG’s Scott Gardner. “The look is unique, powerful and represents our marketing partners appropriately.”