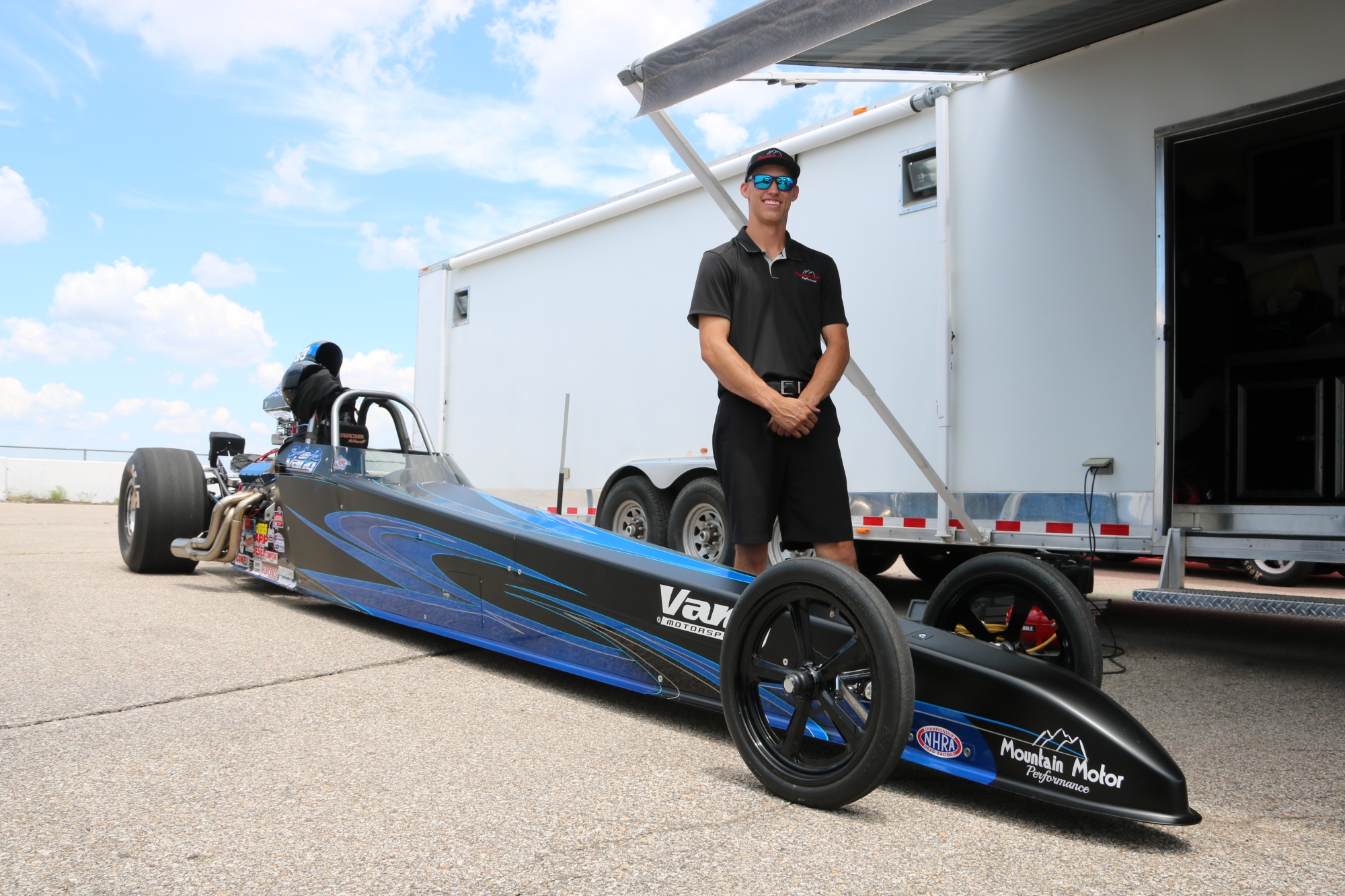 Growing up just outside of Denver in Parker, Colorado, Chris Vang only ever knew a life of racing. His father was a successful Sportsman racer who brought his family with him for support and assistance, and the influence was not lost on his young son. Vang grew into a racing role of his own – but not only behind the wheel. The now 23-year-old has an NHRA national event win of his own as a Sportsman driver, and he is an integral part of Deric Kramer’s NHRA Pro Stock team that has so far accumulated three national event wins. Vang’s career has been eventful both in and out of the driver’s seat, particularly over the course of the last couple of seasons.

How did you get into drag racing?

My dad, Gary, was involved in it all of my life. He ran Super Gas and won the local championship the year I was born. I grew up around racing, and I loved it from the beginning. I was always helping him on the cars.

At what point did you decide you were going to race, too?

I think I was probably 5 or 6 when I knew I wanted to race a Jr. Dragster, and I was 8 when my parents bought one. My brother and I shared it for the first race, and it didn’t go very well, so they got another one for him. I’ve been racing ever since.

You raced Jr. Dragsters, then what?

The next thing was stepping up into the High School class at Bandimere Speedway, just bracket racing a little bit. That year I started racing my mom’s ’67 Chevelle in Super Street, and I actually runner-upped in it at a race at Bandimere that year. I think it was the next year that I won the local championship and the divisional in the car.

At what point did you begin racing at the national event level in Super Comp?

The rule when I started was that you had to be 18, and I ran the Mile-High Nationals in Super Street that year. I just did a couple (Super Comp races), and that was kind of it. Last year I ran a few, but two years ago I won the Houston national event in Super Street in the Chevelle. This year in Super Comp I was runner-up in Houston. I like that track.

You’re part of Deric Kramer’s Pro Stock team and go to every NHRA national event. What is your role there?

I drive the truck and set up everything, then on race days I do the transmission, clutch and a little bit of the back-half work.

How did you end up in Pro Stock?

I was working with V. Gaines at Mad Cap Racing Engines in Denver, washing parts with all the Pro Stock stuff. That was my first job, and two of the guys who worked there had gone to SAM. That got me looking into it, and once I did I was like, alright, that’s what I want to do.

So SAM Tech is what lead you to Pro Stock?

When I was at SAM, I got hooked up with Richard Otwell’s Mountain Motor Pro Stock team in Houston. That’s where I learned all of the Pro Stock stuff. The driver was Scott Benham. (Crew Chief) Jeff Owen and all of those guys taught me a lot, and that experience is how I was able to get a job with the Kramers once a spot opened up. It worked out perfect.

What are your aspirations as a driver?

That’s kind of tough because it depends on how the job goes. I’ve put my own driving to the side a little bit, but I’ve always had a dream of driving Pro Stock. I’m still kind of trying to work that way. This year, I’m racing more national events in Super Comp, and I’ll run for national points if I have a chance. We’ll see.

This story originally appeared in DI #146, the Interview Issue, in July of 2019.