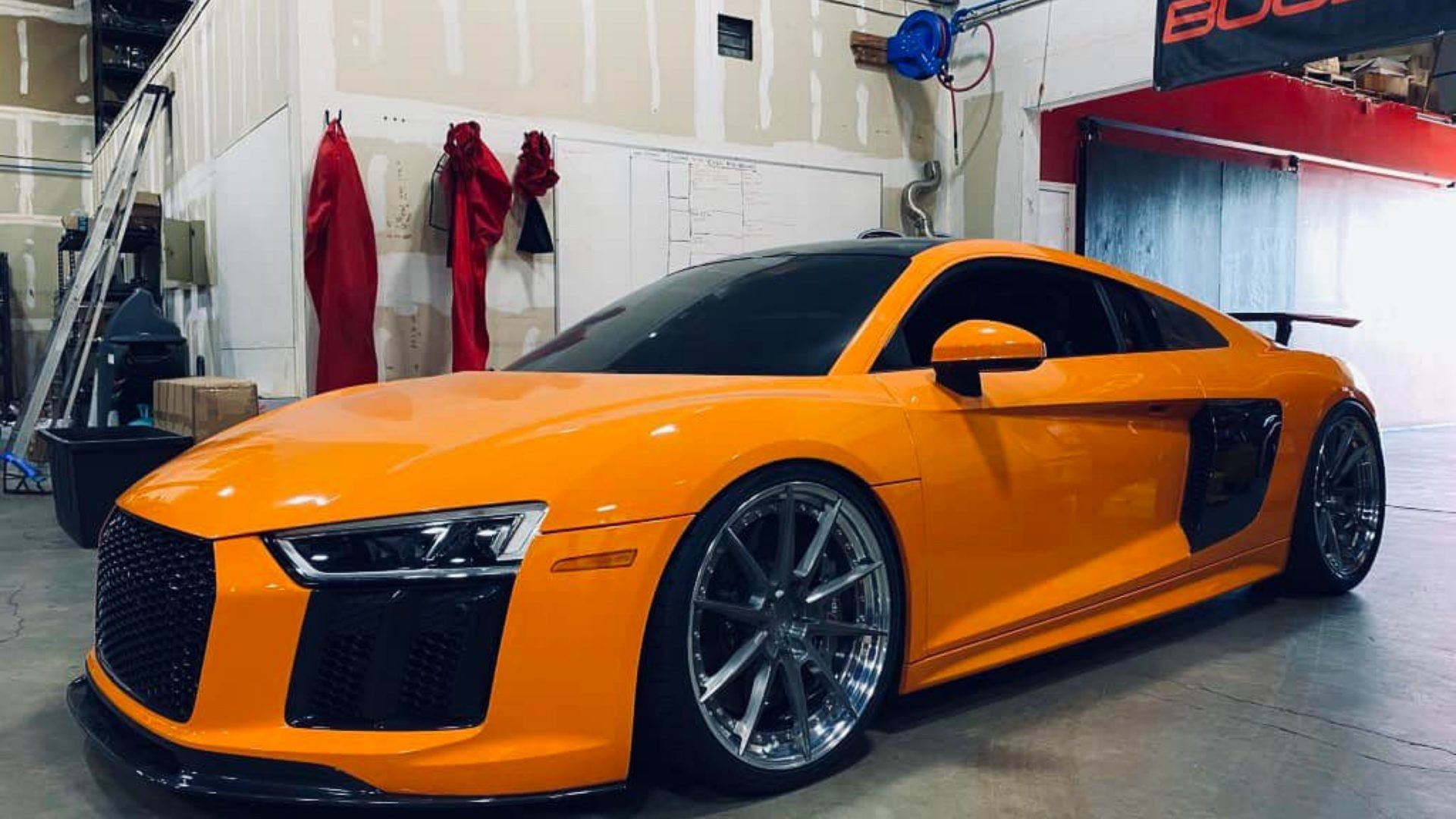 For late model extreme high-performance automotive enthusiasts, perhaps no event has the prestige, history and tradition that is TX2K – held annually at Houston Raceway Park powered by Pennzoil in Baytown, Texas, for over two decades.

This coming weekend’s TX2K presented by Induction Performance (March 16-20) promises to be the legendary event’s best-ever performance, according to Chase Lautenbach, co-founder of popular touring Street Car Takeover series and racer. The Oklahoma-based promoter also intends to participate in the singular roll-racing eliminator contested the first-half of the week.

“The V10 platform right now – these big power Lamborghinis, Audi R8s and GT-Rs – is basically out of control,” he says, checking in from his own car’s builder Boost Logic in Austin, Texas. “They’re are multiple 3,000-horsepower cars coming out to this race, and it’s probably going to produce some 230-plus mph trap speeds. That’s what it’ll take to win. They did it last year, and this deal just escalates.”

Escalate it has – the entire fast street car scene that’s had 1,000-horsepower builds go from absurd to mundane over the course of the decade-and-a-half. In terms of more traditional hot-rodding vernacular, vehicles in this segment once entered the jaw-dropping zone when they broke into the 10-second zone over the quarter-mile. Today, it’s hard to raise an eyebrow with anything less than an eight-second street car, of which there will be a seemingly endless supply this weekend outside Houston.

“There’s so much buzz and talk around this event,” continues Lautenbach. “And there always is, but it feels like it’s just a little more intense this year – lots of new builds this year, lots of new cars.”

Within the street/strip high performance community, roll racing is well established and its nuances understood, but to hardcore drag racers, or those unfamiliar with the TX2K brand, this particular event’s unique approach to the competition is almost always a surprise.

“TX2K moves the starting line back actually beyond the Christmas tree. It’s a 60 mph rolling start and instead of the traditional 1,320-feet, you race for 1,500-feet,” explains Lautenbach. “That’s where these big 200-plus mph traps come from. It’s also what makes this event so exciting and so different from anything else in the country.”

Lautenbach is eager to throw his hat into the ring this year and will do so behind the wheel of his 2018 Audi R8 V10 that was recently outfitted with a twin turbo kit from the team at Boost Logic. Putting down some 1,500-horsepower to the wheels, Lautenbach is anticipating breaking into the 180 mph range with the still daily-drivable street car.

“We didn’t have time to go with billet gear sets in the transmission – it’s completely stock – so we’re trying to take it a little easy, but, feller, we’re still gonna send it. Heath Maddox and the guys here at Boost Logic have taken such good care of me, along with my tuner Rob Harper (RobTuned), Jay Berry at Ignite Racing Fuel – we’re running the car on Ignite 114 – and the guys at Dodson Clutches. This car is insane and I can’t wait to show what it can do this weekend.”

For Lautenbach, the booming purpose-built race car-level performance of cars like his Audi is, of course, impressive, but it’s their street-drivability and reliability that has him truly in awe.

“I think this car represents the purest driving experience possible,” he says. “It’s like shooting a bullet out of a precision rifle – there’s no drama. And, you know, with fast street cars, sometimes you want a little drama, a little drama can be good or can be kinda fun – a car that is really rowdy, moves around on you a little bit – but this is just such a different experience. I could literally toss anyone the keys – someone with zero performance car experience – and they’d have no problems driving it and enjoying it. That’s how precise it is, how tight the car is.

“The fact that I could hop in this thing and drive it anywhere, let it sit and idle, let my wife drive it, but also go out and bust of a bunch of 180 mph runs at Houston Raceway Park this weekend is really the magic of all this and the magic of the street car scene right now.”

That’s not the say the limits aren’t being pushed, however.

“The roll racing thing used to always kinda be about not having to beat your car up the way you do in traditional drag racing – we always talk about it being easier on parts, easier on the drivetrain when you don’t have that shock of a launch off the starting line of a prepped drag strip, but we’re finding new ways to push the envelope,” concludes Lautenbach. “These 3,000-horsepower combinations, some of the really wild builds that we’ll see this weekend – there’s no real way to say that they aren’t on the ragged edge or that they’re exceptionally easy on parts or anything. You just can’t go 230 mph or make the kind of power some of these cars make and have it be no big deal. It’s a big deal and we’re gonna see cars finding the limit of parts and the limit of the drivetrain. The format is a ton of fun, though, and I really think there is a lot of room for roll racing to grow, expand and get bigger. These are street cars doing what street cars are supposed to do.”