Old habits die hard they say, but if the changing times bring about success, it sure makes the transition a much easier one. Such is the case for Northeast Outlaw Pro Mod founder and president John Mazzorana, who decided that 2020 was the year to transition his time-honored quarter-mile racing series into a Pro Mod organization that sprinted to the 660-foot mark, then dump the chutes.

“I was dragged kicking and screaming into eighth-mile territory, but I can honestly say that I’ve warmed up to it more than I ever thought I could,” says Mazzorana, who launched the northern-based Pro Mod club in 1992. “I’ve grown to really enjoy it and I also understand where the racers are coming from who support this format.”

The switch to eighth-mile racing was brought about by a change in sentiment from Mazzorana’s own racers, who eventually flipped to a majority agreement that it was time to make the transition. The change brought an instant influx of cars from the very beginning and Mazzorana realized from the onset that it was no longer a problem to fill a 16-car field, as the series enjoyed car counts ranging from 17-25 this season. “And this jump in car count was despite the pandemic and all the disruptions that came with it,” Mazzorana points out.

The northeast region where this club is based has been especially hit hard with government regulations and quarantine requirements, so the robust racer participation was something Mazzorana found very encouraging.

“We’re still learning a lot about eighth-mile racing with just five events under our belt,” Mazzorana says. “We’ve taken a look at PDRA, NHRA, NMCA, the Mid-West [Drag Racing Series] group, etc., and examined their rules and came up with a blend of what you might say is ‘the best of their world’ and made it our world.” 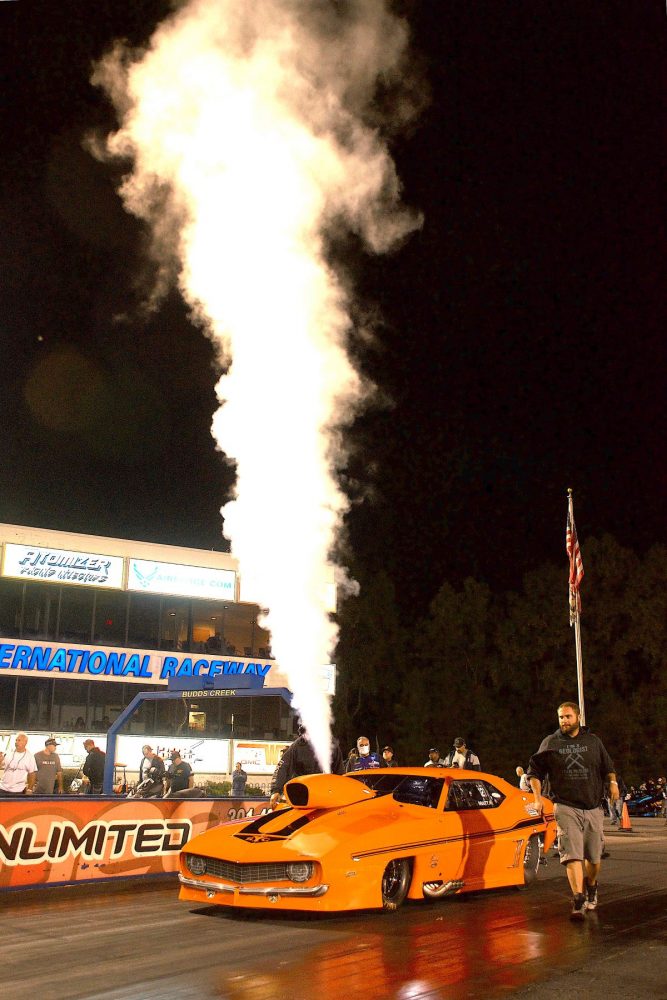 Maintaining parity is a daunting task when you consider how this club showcases ProCharger, turbo, nitrous, screw blower and roots blower combinations – all competing in a single, action-packed, 16-car field. “It’s not easy to maintain parity, but for now these guys are running 2 and 3 hundredths of a second from one another!” Mazzorana says.

A level arena has also played out during eliminations as well, with a different victor in all five events. Winning entries this year were comprised of two ProChargers, two nitrous cars and one roots blower car.

Late in the season, reports were coming in that many news cars were under construction and existing cars being refurbished with plans to be returned to action in 2021. Native New Yorker and longtime racer David Hance feels that the influx of cars seen this year is only the beginning and believes that 30-plus teams showing up next season wouldn’t be an exaggerated expectation, as he himself is currently mounting a Pro Modified comeback with plans of competing within the ranks of the Northeast Outlaw Pro Mod series.

In October, the NEOPM association gathered at Maryland International Raceway for its season-ending event, in which 20 cars showed up to do battle. First-time winner Matthew Deitsch emerged victorious while wheeling his nitrous-assisted, Musi-powered ‘69 Camaro. Deitsch qualified third and drove a masterful race throughout the day, leaving first out of the gate against all four opponents. Deitsch got past Marc Meadors, Andy Jensen and Dean Marinis in the semis to advance to the finals against the No. 1 qualifier and many-time event winner, Kevin McCurdy. Deitsch lead the entire race, clocking a winning elapsed time of 3.713 at 202 mph. McCurdy recorded a 3.766 at 201 mph in the runner-up effort. 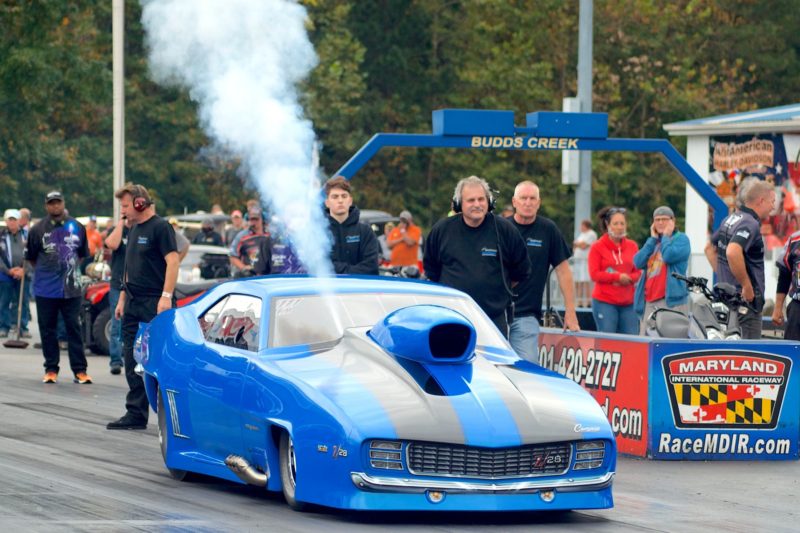 The championship points battle came down to the wire as well, with Dean Marinis clinching the championship over Tyler Hard. Marinis had a stellar year while wheeling the Harry Pappas-owned 1969 Camaro.

The 2020 racing season and new format has been a learning experience for all involved within the organization and Mazzorana has been completely encouraged with what he’s seen. “I believe that within the next two years we’ll be among the fastest if not the fastest eighth-mile Pro Mod club in the world!” concludes Mazzorana.