Judy Franklin just wants to go the racetrack. It’s a place that’s increasingly become a second home for her over the last two decades. First, it was to cheer on her husband, two-time PDRA Pro Nitrous world champion Tommy Franklin, then their young daughters, Amber and Ashley, started racing. The Franklins then took over sole ownership of the PDRA, a move that was followed by purchasing Virginia Motorsports Park, just down I-95 from their home and offices in Fredericksburg, Virginia.

But like nearly every other drag racer in America, Franklin won’t be going to the racetrack this weekend. Virginia’s governor specifically called out racetracks in his closure of nonessential businesses to fight the spread of COVID-19.

The global pandemic has also forced PDRA officials to postpone the season-opening East Coast Nationals presented by FuelTech at GALOT Motorsports Park, originally scheduled for April 2-4. The series will instead try to kick things off at the Mid-Atlantic Showdown presented by Modern Racing, May 7-9, at Virginia Motorsports Park.

Even though the coronavirus situation has drastically impacted several of the events the Franklins and their teams have worked so hard to plan and prepare for, Franklin remains optimistic.

“We’re very grateful to be a part of the racing world,” Franklin says. “We’re very thankful that God has put us where he has put us, obviously for a reason. We love drag racing, we love our drag racing family, and we’re super excited for what the 2020 season holds.”

One Friday afternoon in late March, DRAG ILLUSTRATED caught up with Franklin to talk about racing as a family, PDRA Jr. Dragster racing, improving the PDRA, and getting back in the driver’s seat. 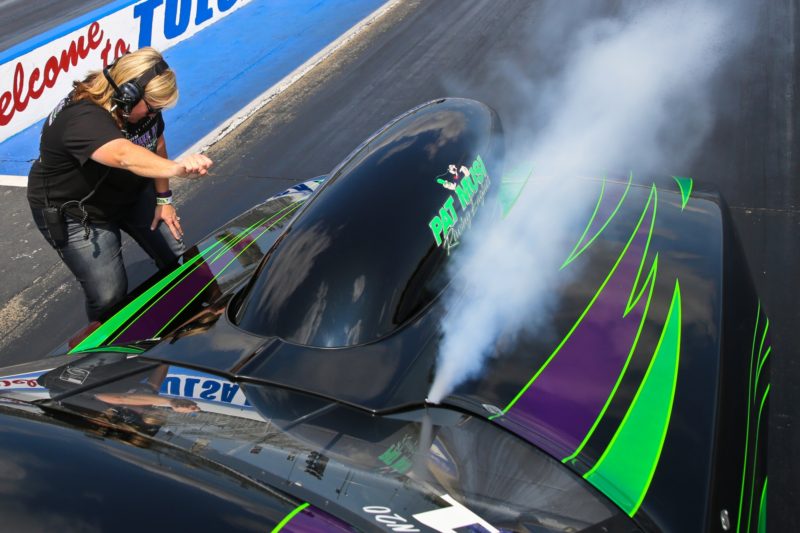 You wear a lot of hats and fill several roles, between helping Tommy, Amber and Ashley with their racing and working with Tommy to run PDRA, VMP and two businesses outside of racing. Out of everything you do in racing, what is most rewarding for you?

The most rewarding part is being able to watch the girls race and accomplish what they’re setting out to accomplish. Amber just stepped into a big car. Watching her do her thing has been rewarding. She’s very into drag racing. Just watching her and Tommy communicate back and forth, it’s just awesome to watch your family do things well together. And it’s not always perfect. We’re not a perfect family by any means. There’s days at the track when somebody doesn’t qualify and emotions run high.

Ashley just stepped in Pro Jr. Dragster. We took her out testing a couple weeks ago for her birthday. Watching her get in the car and be excited and be ready and focused is also rewarding. It’s a whole new ballgame when you’re going from Top Jr. to Pro Jr. with the Pro tree. People don’t think that one second makes much difference, but the way the car reacts is a lot different and a second is a lot in drag racing.

Being able to be there and watch my kids love the sport so much and do well and listen and adapt to new things is just awesome as a parent. 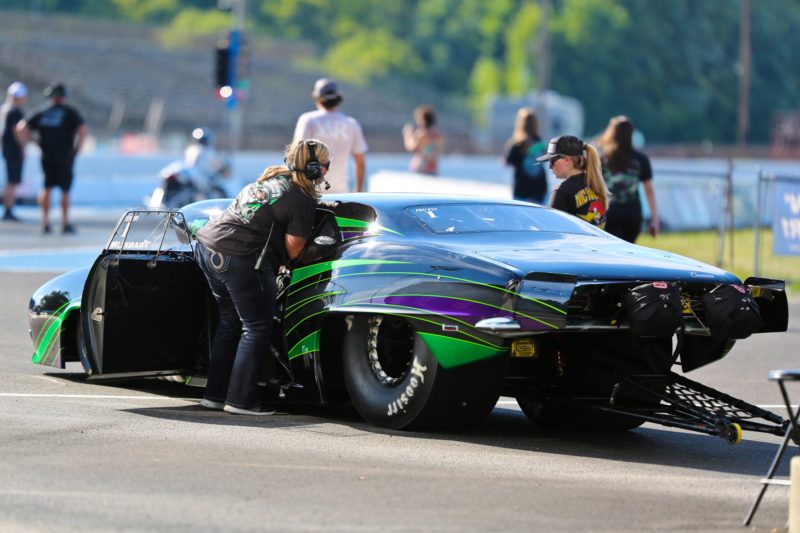 The PDRA’s Jr. Dragster program is very competitive. How important do you think that is that Amber and Ashley are growing up racing in this series and learning the lessons that come with that?

In my personal opinion, our PDRA Jr. Dragsters are so competitive. They’re like the best of the best. I’m not taking away from any other Jrs. in the country, but our PDRA Jrs. are pretty awesome drag racers, and they have to be because it’s a very competitive class. It’s one of our most competitive classes in the PDRA.

There were times last year that Ashley didn’t qualify. Yes, it’s upsetting when they don’t qualify, but it’s also rewarding to watch them be up there cheering on their fellow competitors and getting excited for their friends when they’re winning. 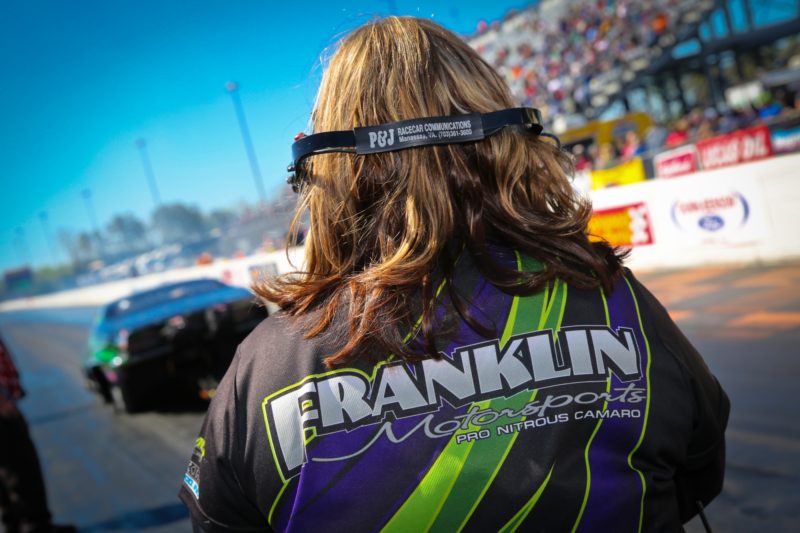 We’re very grateful for everybody who’s worked for the PDRA in the past. We made some changes in 2019 and had Tyler Crossnoe come on with us full-time. Everybody knows Tyler is a young, energetic person who is going to go above and beyond, sometimes a little bit too much above and beyond. He never stops.

I think the change in the qualifying format, giving the pros two rounds of qualifying Friday night, was a success. Most people work on Fridays, so they don’t have time to be taking off work and getting to the racetrack at 12 o’clock. With us pushing two pro qualifiers on Friday night, I think that was a big hit.

Last year, we had a couple people go out and be our “street team” towards the end of the season, going out to the different areas where we were going to be racing and passing out flyers and just making sure everybody knew about the event that was coming up. I think that helped with attendance, and we plan to step that up even more this season.

You recently made your first pass down the track in quite some time. Is that a sign of what’s to come?

It’s been probably 17 years since I’ve been down the track racing myself, so I made a pass the other day. I’m thinking that once we start racing again, I might actually start racing Street E.T. nights at Virginia Motorsports Park. Not only will I be a cheerleader for Tommy, Amber and Ashley this year, I’m thinking about getting back into racing myself. We’ll see.