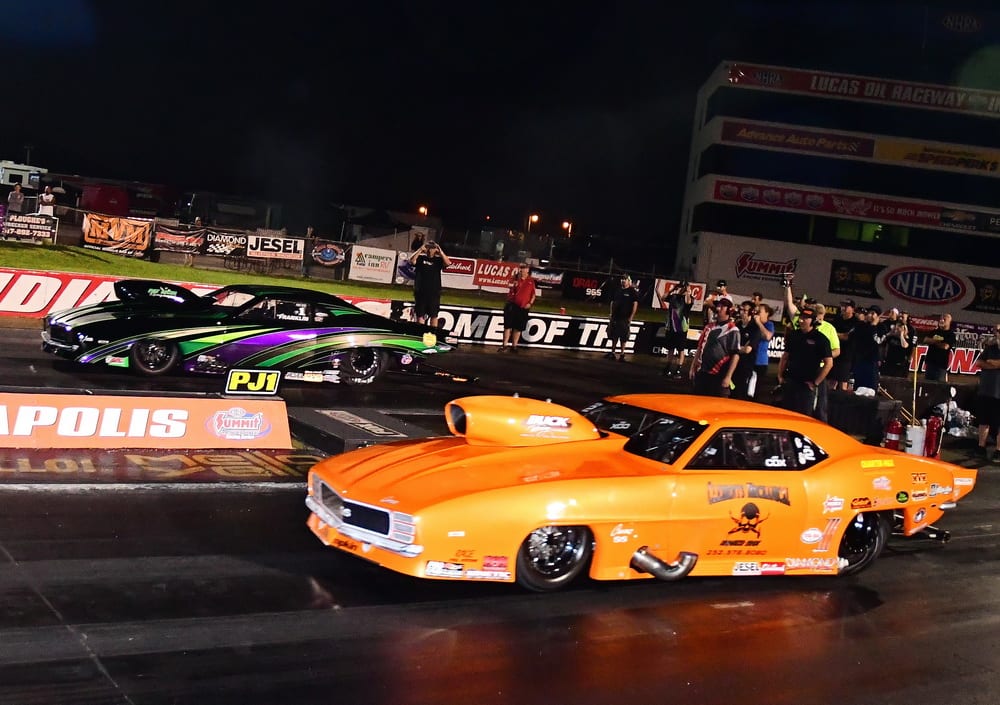 Intense championship points battles will heat up this weekend as the Professional Drag Racers Association (PDRA) heads to GALOT Motorsports Park for the PDRA Drag Wars, Sept. 7-9. Drivers in the PDRA’s five professional classes and four sportsman categories will be under pressure as Drag Wars is the penultimate race on the all-eighth-mile series’ eight-race 2017 tour.

The tightest championship points spread in the professional classes is in Switzer Dynamics Pro Nitrous presented by MoTeC, where Jay Cox and the “Pumpkin” ’69 Camaro lead Tommy Franklin and the “Jungle Rat” ’69 Camaro by 94 points. Cox earned event wins at the season-opening Valdosta race and at the back-to-back Maryland and Indy races.

“I feel good about coming back to GALOT,” said Cox, from nearby Smithfield. “It’s my home track with a big crowd. Being a fan favorite pumps you up. The biggest thing for me is my family gets to be there, plus all my sponsors get to come out. I want to do good in front of my home crowd.”

Cox earned the 2016 GALOT Motorsports Park Mad Mule championship and finished second in PDRA Pro Nitrous points last year. That experience has played into the Clements Mechanical-backed driver’s strategy as he and Franklin battle for the championship yet again. 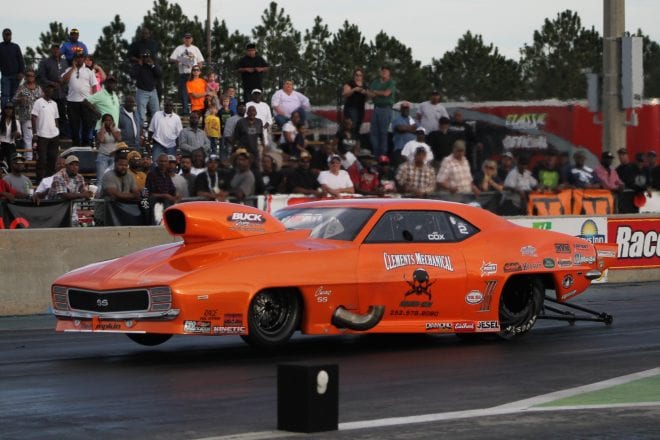 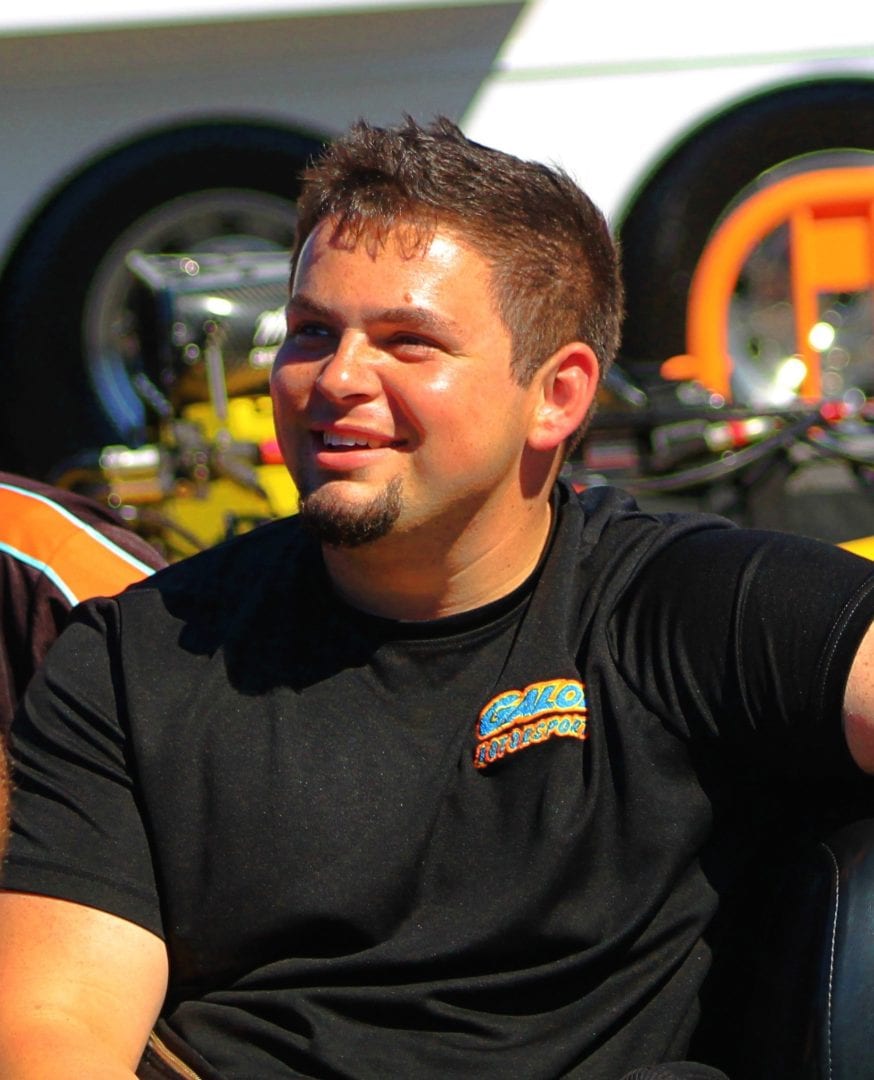 “I’m really confident going into this race,” said Tutterow, who hails from Yadkinville, N.C. “We did a lot of major testing this week and showed a lot of promise – ran a season-best time for our combination so far. I know Jose is going to come in strong, but the weather conditions will be just right for us to finally be able to start laying down some numbers before the end of the year.”

Tutterow, the 22-year-old son of doorslammer legend Todd “King Tutt” Tutterow, made his PDRA Pro Boost debut at the World Finals in Virginia last October. He raced to the final round there, establishing a reputation as a rising star. Now in his rookie season, Tutterow is surprised to find himself so close to a season championship.

“I somewhat expected to be a frontrunner because the GALOT Motorsports cars are known for championship-level performance. Did I expect it to be this close? No. To be number two and less than a round and a half out of the lead is pretty exciting. I wasn’t expecting that at all,” Tutterow admitted.

In addition to the PDRA’s usual five professional categories and four sportsman classes racing at Drag Wars, the series will welcome back East Side Auto Transport Extreme Outlaw 632 for their third of four races with the PDRA. The Supercharged AA/Gassers of America will also run on Friday and Saturday, and in a special Friday-night grudge race, Kye Kelley in the “Shocker” will take on Tony Bynes.

A full day of testing is schedule for Thursday, Sept. 7, from 10 a.m. to 7 p.m. Friday’s qualifying action begins with the first sportsman session at 9 a.m., followed by the first professional qualifying session at 11:30 a.m. A fourth and final qualifying session will kick off Saturday at 9:30 a.m. for sportsman classes and 11:30 a.m. for professional categories. Professional class eliminations begin at 4:30 p.m. Saturday. A jet dragster and a wheelstander will cap off both days of racing.

Tickets to the PDRA Drag Wars at GALOT Motorsports Park cost only $10 for general admission to Thursday’s test session, $20 on Friday, and $25 on Saturday. Admission for children ages 6-12 is $10, while kids 5 and under get in free.