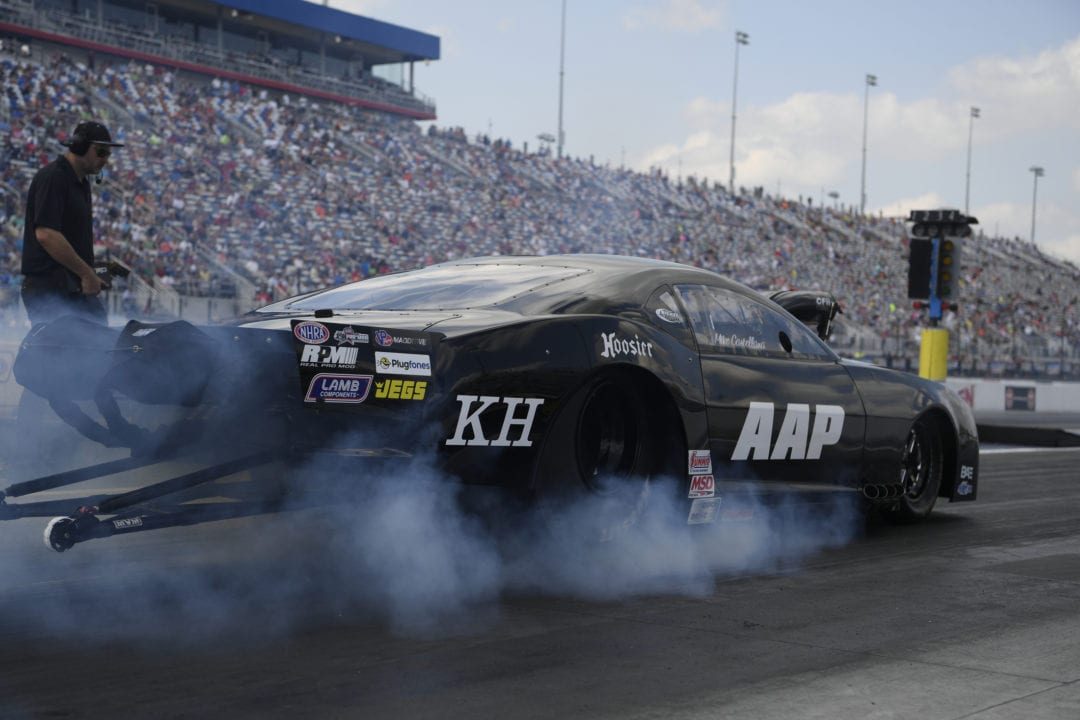 One of the biggest stories coming out of the eighth annual NHRA Four-Wide Nationals was the four-wide debut of the J&A Service NHRA Pro Mod Series. The series has been contested at the Four-Wide Nationals in the past, but the eclectic mix of drivers and power adders has never competed in the four-wide format. Despite the inexperience, many of the Pro Mod drivers seemed to fare better than the seasoned four-wide veterans of the NHRA Mello Yello Series. The driver who fared the best of the 29 Pro Mod contestants was event winner Mike Castellana. 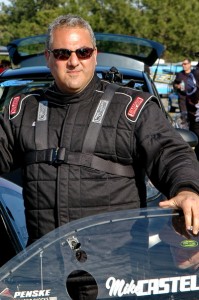 “I tell ya, this is awesome,” Castellana said. “The first time coming out here, you’re a little worried about how to drive with everything happening. But with a team like I have behind me, it just makes everything go real smooth. My crew gives me all the confidence in the world. I owe this to them.”

Castellana realized the importance of the Pro Mod Series having the opportunity to compete in the four-wide format for the first time. It’s one of multiple exciting aspects of the expanded 12-race NHRA Pro Mod Series schedule in 2017.

“It’s an honor to be a part of the history of this event. We’re finally starting to get in front of more eyeballs and being able to run the Four-Wide here. Hopefully we just keep making bigger steps with the class,” Castellana said.

“We were very fortunate to come out on top,” said Manzo, a 17-time Top Alcohol Funny Car world champion. “There’s a lot of great cars here, great drivers. You’ve gotta have luck to win – I know that better than anybody. Today was our day. I was fortunate enough to make a couple good calls. Mike drove the car well. The crew did a great job – it was a team effort. They deserve the win.”

Known for being the humblest of humble drivers, Manzo said the Four-Wide Nationals win was the result of his tuning rising to meet the level of the crew and its driver. Prior to the Charlotte race, the AAP team reached the final round at the season-opening Gatornationals and reset the Pro Mod elapsed-time world record with a 5.685 at the NHRA SpringNationals in Houston.

“The team was together the first race,” Manzo admitted. “I was the one who was behind. We did some testing at Gainesville on Monday, started to pick up the pace. We went to Houston, started to get the car to run better and Mike was driving the heck out of it. I made a little mistake. I learned from my mistake and came back this weekend on this hot, slippery track.

“These Pro Mods are tough. They’re very humbling. We were just very fortunate. Like I said, you need luck, and today was our day.”