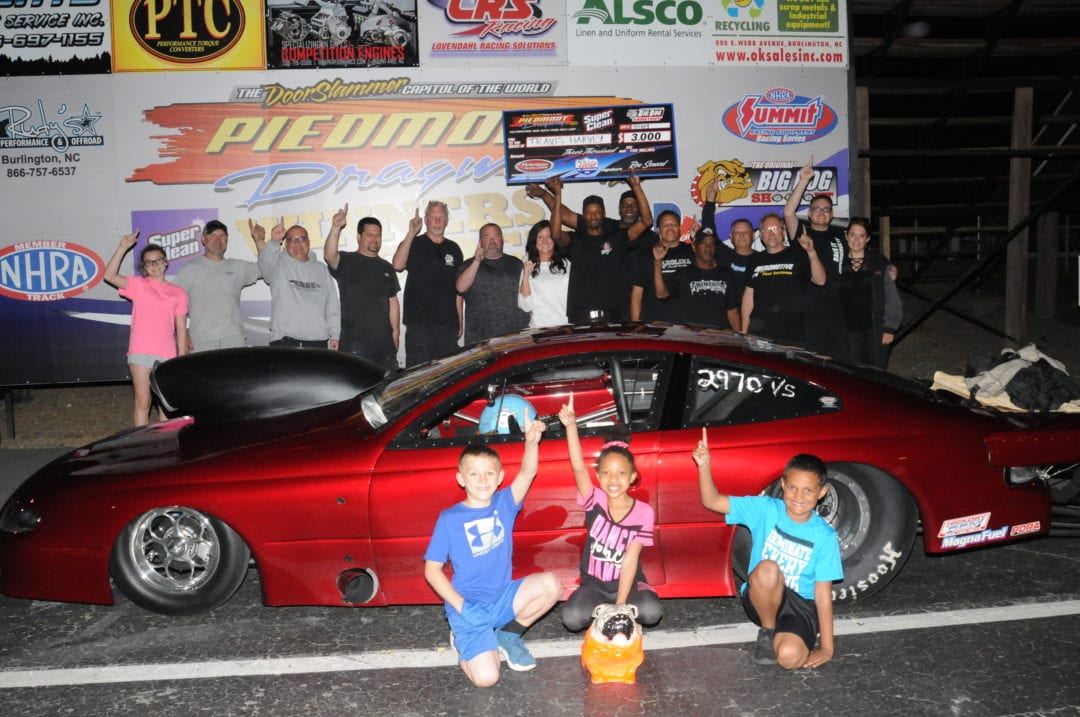 Travis Harvey drew from his many trips down the tricky eighth-mile track at Piedmont Dragway to overcome a tremendous field that was present for the first Big Dog Shootout of the 2019 season.

The Elon, NC native drove the car owned by Vaughn Miles and tuned by Russ Farmer and Jeff Miller to a qualifying position right behind 2018 points champ Brian Shrader, who ran a 3.98 ET and Jason Harris, who ran a 4.023. Harvey’s 4.025 was followed by Brett Nesbitt in fourth at a 4.03. The rest of the field consisted of Mike Graham’s Nova at a 4.035, then Cam Clark with a 4.05 in sixth. Seventh and eighth were Bubba Turner at a 4.054 and Ronnie Gardner also at a 4.056. Justin Wall was No. 9 and made it into the quick 8. Did we mention that the field was close? 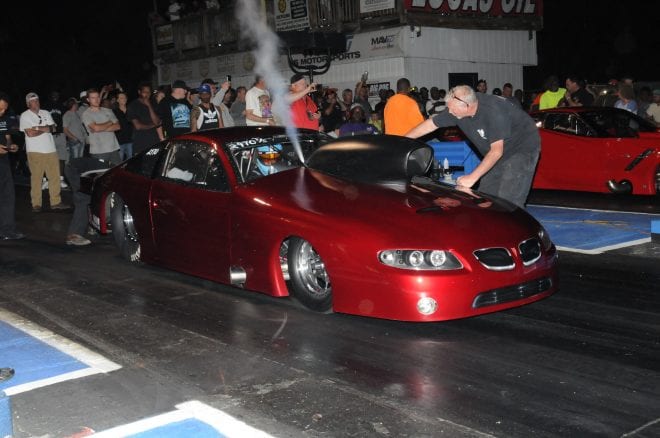 For eliminations, track general manager Kevin Shipmon decided to spice up things with a card draw instead of the traditional 1 vs. 8 and so on. So for first round, Gardner ran a 4.05 only to lose to a greatly improved Graham who unloaded a 4.02 on “Superman.” Next, Clark slept through a 4.03 only to lose to Wall’s 4.32, putting Wall into round 2. Harvey ran a 4.13 that took him ever so close to the wall but he prevailed over Harris and his 4.67. Then Shrader unloaded a 3.966 to defeat Nesbitt, who ran a 4.67 getting close to the wall. Round 2 had Shrader laying down the gauntlet by running a 3.982 at 182.88 mph to defeat Graham’s excellent 4.012. In the other race, Harvey ran a 4.02 to defeat Wall’s 4.066. That set up the final in which Harvey became the first winner of 2019 when the Corvette of Shrader did not shift into high gear.

Other winners for the night included Jason Marshall winning the 7.49 class in Rico’s Reel Street presented by Deep Creek Motors and Charles Wright winning the 6.00 class presented by Carolina Classic Car Restoration. Outlaw Door Slammer will be completed at the next event and there are three cars left to compete.

In the Big Dog Dash, the drivers included Tim Lawrence, Bubba Turner, Tommy Payne, Scott Lang, and Dane Wood. Tim Lawrence won this over Tommy Payne. All these drivers still have some rust to shake off from the winter time off. You can bet that they will be back better than ever for the May event.

The 2019 season is off and running with a great field of cars, spectators seeing a great show, and, of course, the staff and management is providing a great place to come and spend a great Thursday evening. If you missed this month’s event, be sure and attend the May event as things will only get better as the Summer goes on. Hope to see you there at “The DoorSlammer Capital of the World,” Piedmont Dragway.