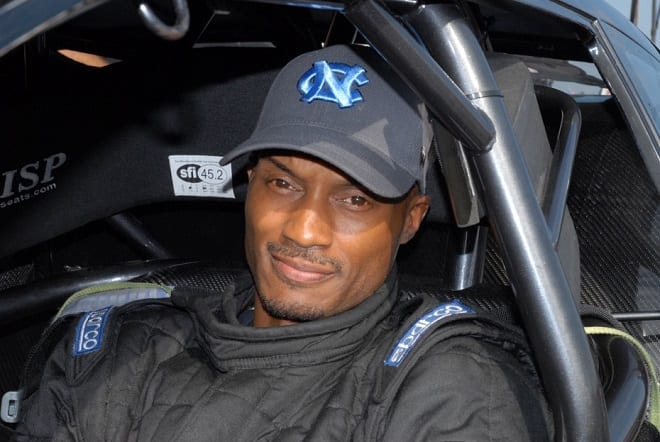 The 2016 PDRA season opener is just a couple of days away (Mar. 18-19) and long-time bracket racer turned Pro Nitrous competitor Travis “Carolina Kid” Harvey (above) is ready to stake his claim on the class at Osage Casino Tulsa Raceway Park.

Harvey took his brand-new, Jerry Bickel-built ‘69 Camaro to two events during the winter. In just his first race out with the car he won the historic Snowbird Nationals in Bradenton, Florida, and at the second event, also at Bradenton, the Sonny’s Racing Engines powered Camaro qualified number one with a 3.71 and made it to the finals once again, this time with a runner-up finish.

Years of racing in dial-in categories have honed Harvey’s skills and delivered several championships, including the inaugural PDRA Top Dragster world championship (2014). So when he entered the Pro Mod ranks, his reputation for being quick on the tree preceded him.

“We’re absolutely expecting him to be in the championship hunt this year,” Sonny’s Engines’ representative, Todd Hoerner, said of Harvey. “I think he’s got as good a shot as anybody. He’s definitely one of the top drivers, if not the top driver, for the class. He’s super focused, very driven and competitive. He’s an all-around great guy. The competition just knows when they go up against him they’ve got to have their A-game on to even have a shot at him because he’s killer on the tree and can drive with the best of them.”

Last season, Harvey was teamed up with Boone Racing, which fields Jason Harris’ Pro Nitrous entry. This year, however, Harvey will be focused solely on his own operation, although a growing number of Sonny’s customers in Pro Nitrous means more data and R&D for those engines. While Harvey put some of the Sonny’s updates into place for preseason testing, results from additional updates won’t be seen until he gets to Tulsa.

“At the end of last year we switched transmissions. We were using a Lenco/Bruno and we switched over to a Mark Micke 400 setup. It’s user friendly and easier to drive. Plus, Mark is at every race with us. If we need anything he helps us out. Same goes with Sonny’s. They take care of us at the race track. They’ve been working really hard over the winter trying to find little things to pick us up. I think it’s going to be a good season for us,” Harvey says.

“I’ll be surprised if a driver goes out and wins multiple races this year because the competition is so tight. Everybody’s got basically the same stuff and the same amount of money they want to throw at it. Anybody can win on any given day, but I think you’ll have a few drivers that’ll shine more than others. I’m not trying to say I’m better than anybody else, but I don’t care who I line up beside; I don’t let anybody get in my head.”

Harvey feels his years of bracket-racing experience made his entry into the Pro Nitrous ranks easier as a driver, but competing in a full-tree sportsman class and a pro tree professional category at the same event proved to be a mental balancing act that detracted from his ability to focus on a Pro Nitrous championship.

“My main goal is to win the championship for my team and my car owner,” he declares. “Vaughn Miles has stuck by me for five or six years now. I want to win it for him, not for me. If it wasn’t for him I couldn’t do it. My main goal is to get him some trophies.”