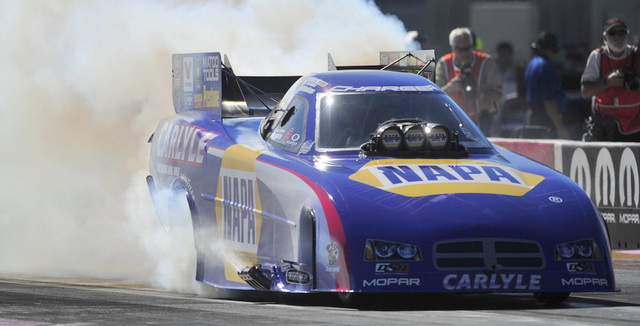 Capps, selected by the FM station as one of 16 contestants, made a hard move with an hour left in the online voting March 28, and was informed on-air the next morning that he is the most popular male celebrity in the San Diego area. 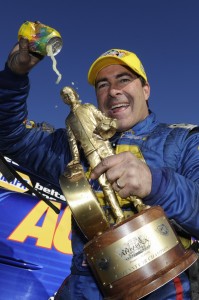 “It was a little strange because I was up against San Diego celebrities that I watch on TV,” said Capps, who lives in Carlsbad, Calif. “I guarantee through this contest we opened the eyes of thousands who have never been to a race about what NHRA drag racing is. It’s great for our sport.”

Capps easily won his first three match-ups against San Diego television personalities in the single-elimination tournament, but faced his strongest competition in the championship round when paired against You Tube and “America’s Got Talent” star, Jorge Narvaez.

“It blew me away how many racing sites whether NHRA, NASCAR or IndyCar were trying to get people to vote for me. I can’t thank all the people who posted messages on Twitter(.com) for me,” he said. “Some of the people I race against helped me get votes. That means so much to me. We race against each other on weekends, but we all support each other when something like this contest comes up.”

Narvaez and his daughter Alexa, then 3, were wildly popular with a 2011 You Tube video with him playing guitar and Alexa singing. The following year they were picked for “America’s Got Talent” and advanced to the quarterfinals.