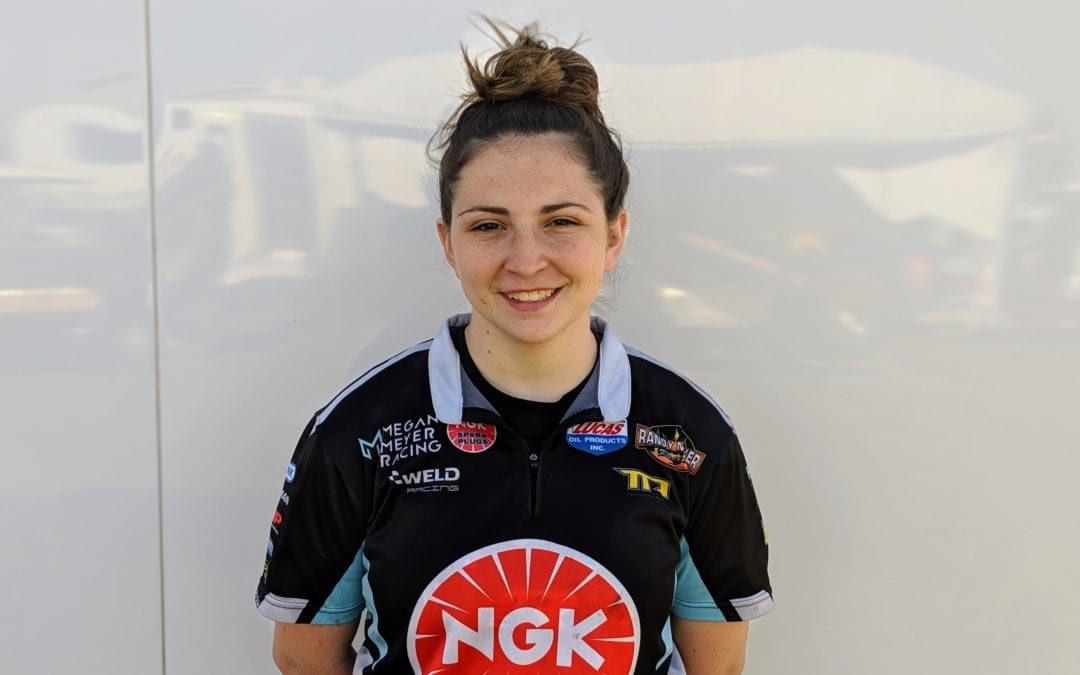 Randy Meyer will be adding a new student to his roster of drivers for the 2019 season starting this weekend at the Lucas Oil Drag Racing Series Eastern Region event in Gainesville, Florida. Daughter of NHRA Pro Mod driver, Marc Caruso, Camrie Caruso, 21, will be the one of the new faces in the alcohol pits. Mentoring and racing alongside Camrie will be Megan Meyer, Randy’s oldest daughter and the two-time Midwest Region champ.

Camrie made her first couple of hits in the nitro dragster earlier this year in Phoenix to get comfortable transitioning from driving a Top Dragster at up to X speeds to an A/Fuel Dragster. She then completed her NHRA upgrade licensing process on Thursday, March 7th, at Orlando Speed World Dragway with her best pass of 5.33 seconds at 271 mph.

“Getting used to leaving with a hand brake versus a foot brake has been the biggest hurdle for me,” says Camrie. “My favorite part is how much it pulls; my Top Dragster would leave hard but then mellow out, this one keeps pulling. I am looking forward to learning the most I can this weekend with the Meyer team and knowing that I will be in a safe car.”

The Randy Meyer Racing Team will have at least 5 drivers in their camp throughout the year including Rachel Meyer, Julie Nataas, and Matt Sackman. The team plans to compete at 28 NHRA races this year to maximize National and Regional event points for each driver.

Top Alcohol will get 3 qualifying sessions on Friday, followed by 3 rounds of eliminations on Saturday. Tune into the Randy Meyer Racing Facebook page to follow along with the team as they try to knock out the 17 other dragsters in competition this weekend.