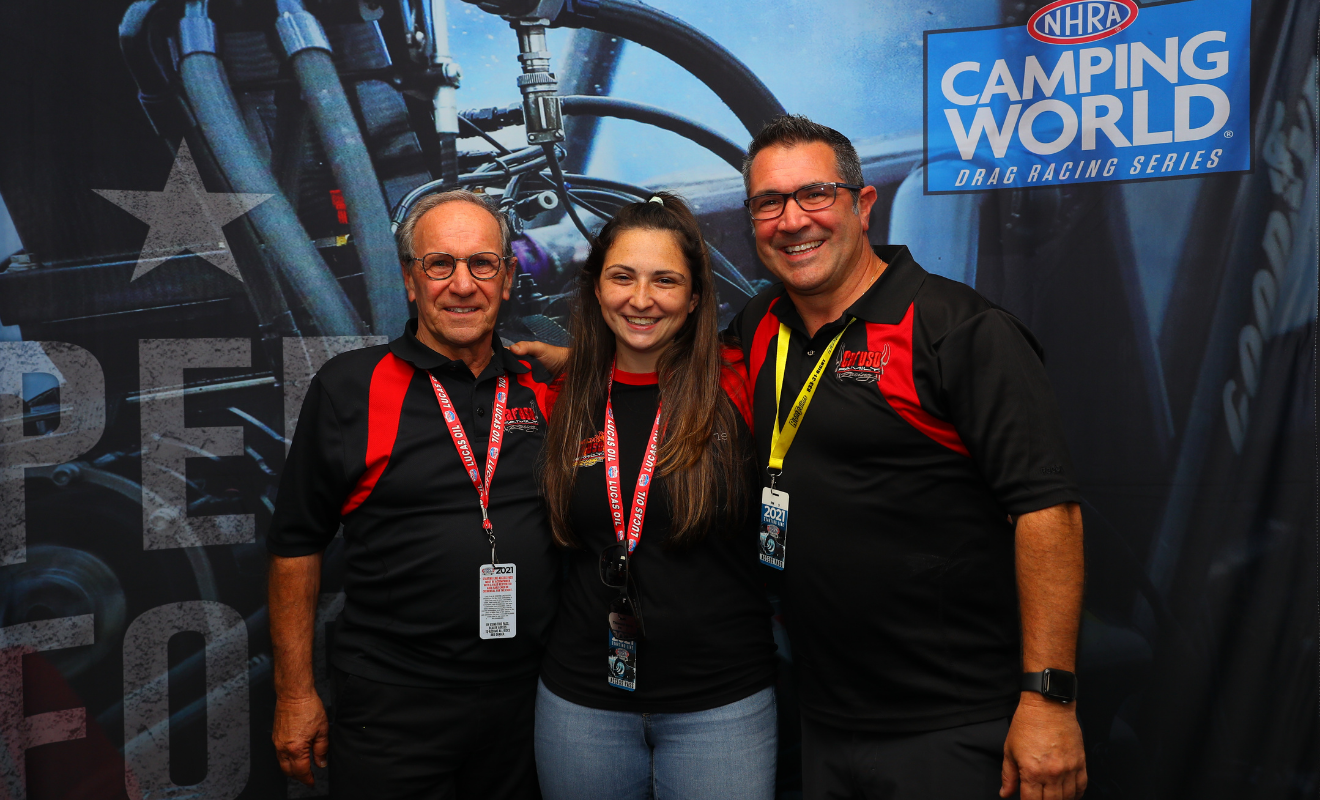 Third-generation drag racer Camrie Caruso will make her NHRA Pro Stock debut in 2022, it was announced today during a press conference at the NHRA FallNationals at the Texas Motorplex. Caruso plans to run the full 2022 NHRA Camping World Drag Racing Series tour in her Caruso Family Racing Chevrolet Camaro.

“I’m very excited to make the move up to NHRA Pro Stock,” said Caruso, 23. “We weren’t planning on this, but everything kind of fell into place over the last few weeks. I think it’s going to be a cool opportunity with everything that comes along with it.”

“I feel like I’ll get up to speed pretty quickly and if it wasn’t for the 632 car, I might not feel the same way,” Caruso said. “That car is set up exactly how the Pro Stock car will be. Even when I went to the quarter mile with my 632 car to get my Pro Stock license, I was right there. I went 6.70 [seconds]. I wasn’t too far off from the rest of the class. I feel like I have a pretty good idea of what to expect.”

Caruso will compete in NHRA Pro Stock with the full support of her father, Marc Caruso, and grandfather, “Papa Joe” Caruso. The family sold Marc’s Pro Modified Camaro and Camrie’s Pro Outlaw 632 Pontiac GXP and corresponding spare engines and parts so they could go all-in on the Pro Stock operation.

“It’s similar to what my father did,” Marc said of stepping away from driving. “My father started drag racing when he was 15 years old. I grew up going to the races with him and he was involved in Super Gas, Top Sportsman, and Pro Mod cars long before I started driving. It’s kind of the same changing of the guard type of deal.

“But don’t count me out just yet,” he hinted. “We do have four engines. But we’re going to walk before we run. Pro Stock was always my dream and it was always my father’s dream. Camrie actually worked with Elite Motorsports on Erica Enders’s car up until COVID hit, so Camrie was already involved in Pro Stock a little bit as a crew member with the intentions that she was going to drive someday. So this has been in the works in the background for a while. We thought we were going to go Mountain Motor Pro Stock racing first and then maybe work our way into the big leagues, but everything happens for a reason and this just kind of happened.”

“Lucas Oil and VP Racing Fuels have been on board with us since Camrie was in a Jr. Dragster,” Marc said. “Powerbuilt Tools has been a great supporter of Caruso Family Racing. We’re hoping to continue relationships and start making announcements about new relationships as well.”