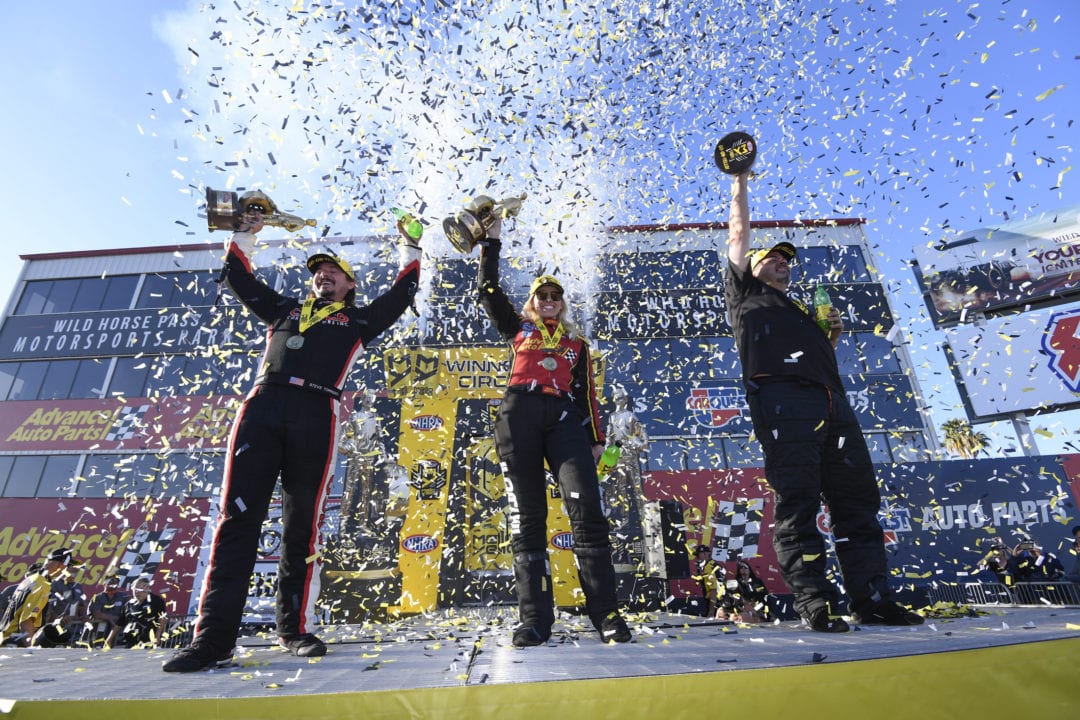 Steve Torrence (Top Fuel) and Chris McGaha (Pro Stock) are also winners in their respective categories at the second of 24 events on the 2018 NHRA Mello Yello Drag Racing Series schedule. 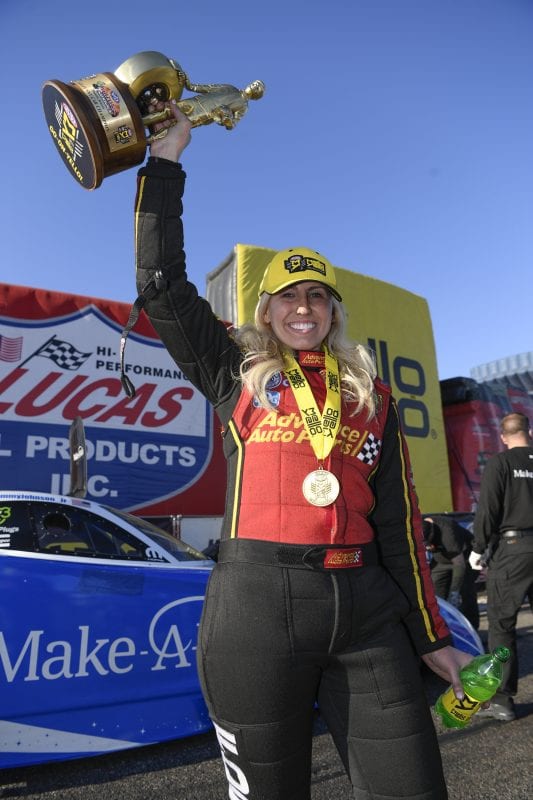 Force emerged victorious with a run of 3.834 seconds at 337.16 mph in her Advance Auto Parts Chevy Camaro to take down Tommy Johnson Jr. in the final round. After earning the No. 1 qualifier on Saturday, Force secured her first victory since Houston 2016.

“Having [crew chief] Brian Corradi on my team and working with Dan Hood has been a great connection for our entire team,” Force said. “I had the utmost confidence to get in the car today because of the job my team does on it, so to get a victory at this race and take home a Wally at the end of the weekend is pretty incredible.”

After setting both ends of the track record on Saturday, Force took down Del Worsham and Matt Hagan before taking a solo pass in the semifinals as she raced to her first win in 2018.

John Force was involved in an incident during the second round of eliminations Sunday after his Peak Chevrolet Camaro SS suffered an engine explosion, went out of control, made contact with the retaining wall and collided with Jonnie Lindberg. Force was responsive, speaking with medical personnel, and was transported to a local hospital for evaluation.

Torrence powered his Capco Contractors/Torrence Racing dragster to the Top Fuel victory with a run of 3.729 at 330.72 to take down Scott Palmer in the final round. After locking down a career-best eight victories in 2017, Torrence recorded a victory in Phoenix for the first time in his career. 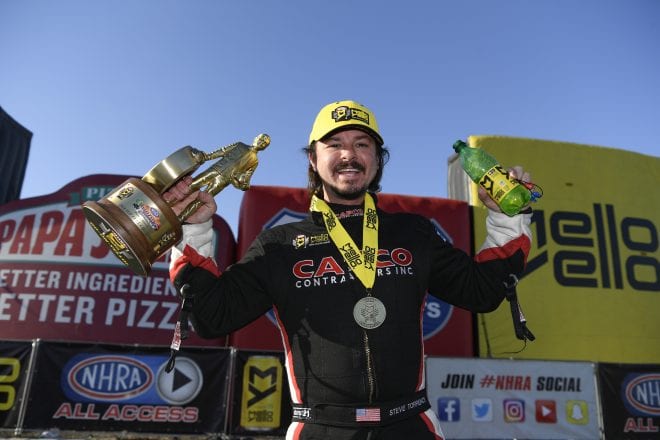 “There is no easy round in this Top Fuel class anymore, you can’t take anybody lightly but it was a heck of a day with some pretty great races,” Torrence said. “The round against my dad is one that ranks up there that you remember as a high note that you remember of your career.”

Torrence qualified second on the weekend and defeated Steve Chrisman, Blake Alexander and his father, Billy Torrence, on his path to victory.

Palmer secured the No. 12 qualifying spot and took down Richie Crampton, Leah Pritchett and Greg Carrillo as he reached the first final round of his career in Top Fuel. 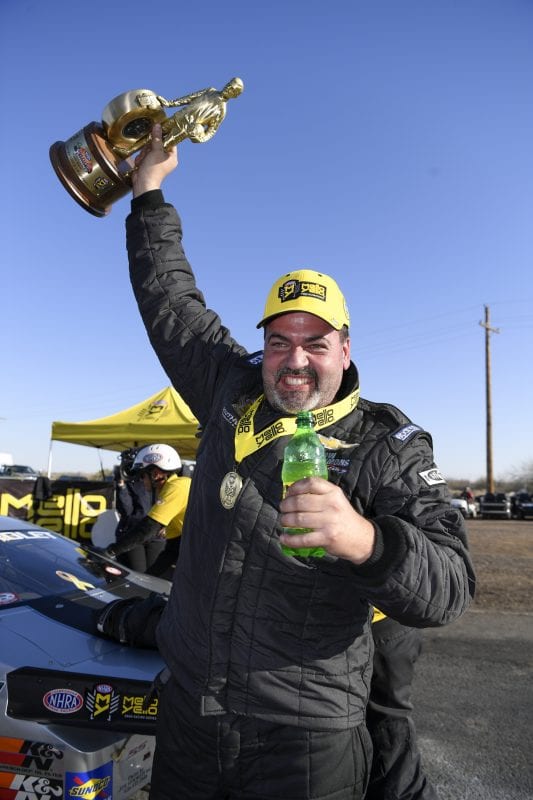 Chevrolet Camaro to defeat Jason Line in the final round. He secured his sixth career victory and first since winning the Four-Wide Nationals last season in Charlotte.

“We picked up some power this offseason that we’ve been looking for but when we went No. 1 in the first round of qualifying we knew we had something that could compete,” McGaha said. “It’s really satisfying to do this as a one car team, and it’s really special to get our first win of the year.”

McGaha was the No. 7 qualifier as he was victorious against Tanner Gray, Erica Enders and Alex Laughlin as he earned his first victory of the season.

Line qualified fifth on the weekend and beat Vincent Nobile, teammate Greg Anderson and No. 1 qualifier Deric Kramer as he notched his second consecutive runner-up finish to open the year.