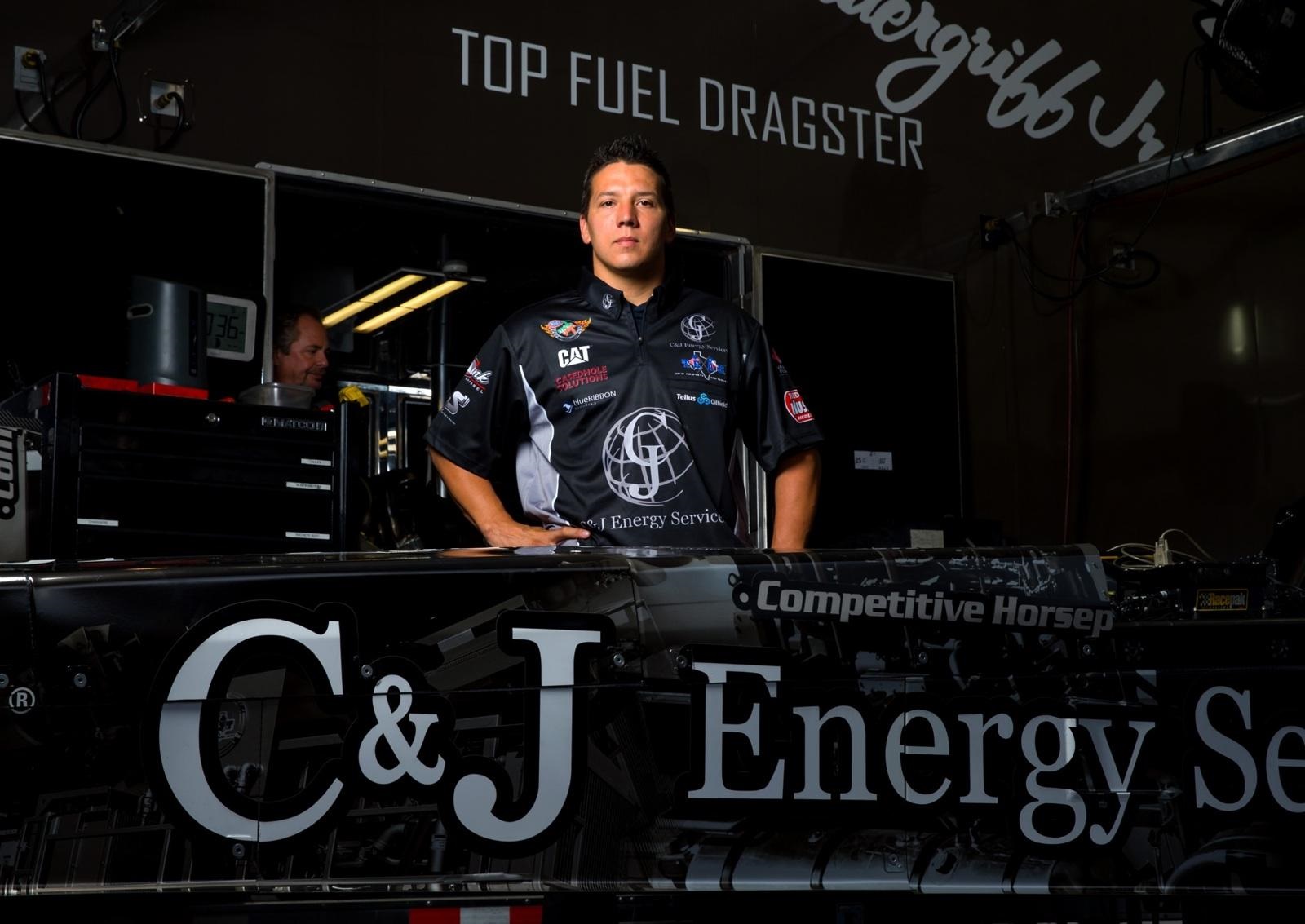 The 2015 season brings several changes for Bob Vandergriff Racing. BVR will be racing two, full-time Top Fuel dragsters in the NHRA Mello Yello Season, with a three-time Top Fuel Champion piloting one car and a Top Fuel rookie in the other. Drag Racing Veteran, Larry Dixon, will be driving the C&J Energy Services/Tiger dragster with Mike Guger as crew chief. Driving the C&J Energy Services Dragster will be 28-time NHRA event winner, Dave Connolly, with Kurt Elliott as the crew chief.

Dixon is doing double-duty at BVR as a driver and General Manager. He is taking the extra work in stride and is ready for the first race. “I’m excited to race at the Winternationals. It’s been a few years since I’ve raced a full season. I’m thrilled to be a part of the Bob Vandergriff Racing team. I think we really have a horse in the race this season.”

This will be Dave Connolly’s very first race behind the wheel of a Top Fuel dragster. He recently earned his Top Fuel license with an impressive 3.76 pass. While he is new, he is very confident in his team and his car. “I want to win every time I sit in the car. Bob Vandergriff has done a very good job of putting the right people in the right place, so I don’t want to sell ourselves short just because of a lack of experience. Anything can happen come Sunday.” 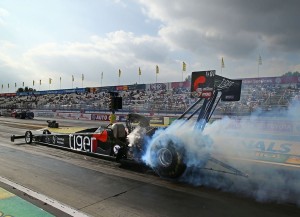 2015 is also the first year of a new “technical alliance” formed between BVR and Don Schumacher Racing. Crew chief Kurt Elliott said this has been great for the team. “We all have a good relationship. Many of the crew chiefs at DSR are personal friends of mine, but everyone over there has been great. At this point we just buy parts from them, but they’ve also been very helpful in streamlining the transition from our old parts to their new ones.”

Dixon’s crew chief, Mike Guger, added his praise for this new arrangement. “You have to remember, DSR has never done anything like this before, supplying a customer with all of these parts. It could not have gone any smoother.”

For Guger, this will be the first time he has been in charge of a car for all 24 events. His to-do-list the past few months has been very long. “We had to prepare for the long haul and that involved gathering all the parts and people,” said Guger. “On top of all that we switched to the 6-disc clutch for this season and it is way more involved that just adding another disc and floater to the package.”

Needless to say, all the changes in the last few months has meant lots of overtime. “It’s been a very busy, even more than normal, off season,” said Elliott. “Not only have we had to prepare two cars with new and different parts – we’ve had to move our shop, we ran in West Palm Beach in December to get Dave some seat time and then went to West Palm Beach again in January to test with both cars.”

The 2015 NHRA Circle K Winternationals gets underway Friday, with the first round of Nitro qualifying at 1:30 p.m. Pacific Time. Larry Dixon will also be speaking at the NHRA Museum “Night of Champions” at 6:00 p.m. on Friday night, plus, both Dixon and Connolly will be signing autographs for fans in the NHRA Top Eliminator Club on Saturday at 11:00 a.m.