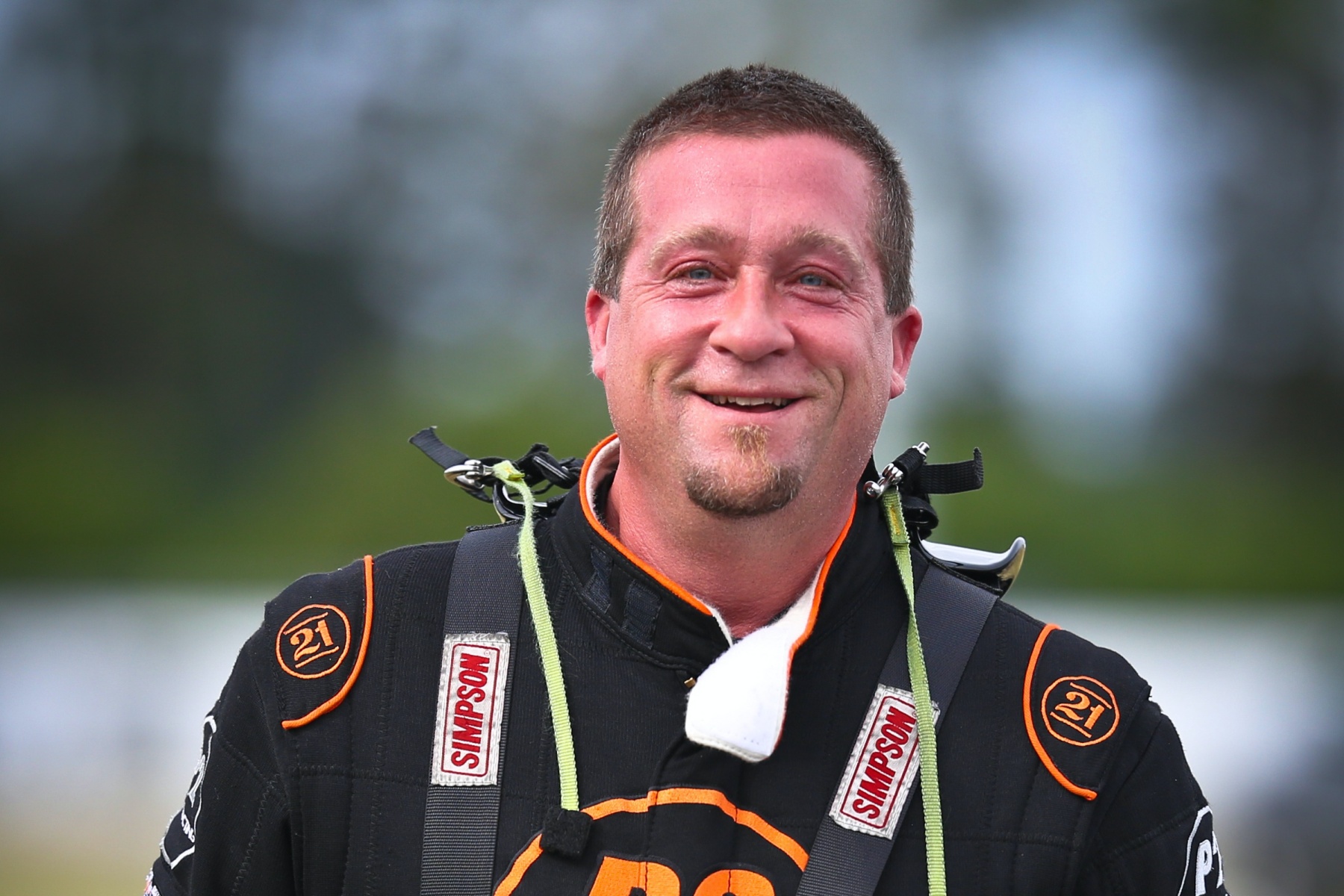 Collectively, 2021 wasn’t Kurt Steding’s best year yet in PDRA Pro Boost. He missed the fourth race of the season due to a surgery to fix a knee injury that plagued his first few races of the season. But a record-setting performance at the end of the season made the statement that Steding and teammate and tuner Todd “King Tut” Tutterow have built something special with Steding’s P2 Racing operation.

“I was literally on crutches half the season,” says Steding, who made his Pro Boost debut at the 2016 World Finals. “It was sort of tough on me. As my knee got better, we started doing better. I was able to drive a little better and it was a lot of fun. We were very competitive.”

Steding looked to be a championship contender at the start of the 2021 season, as Tutterow and his nearly identical screw-blown P2 Contracting Camaro joined the team for a two-car run at the championship. While Steding’s knee problem prevented him from making a full run at the title, he put his full support behind Tutterow, who won the inaugural Stroud Safety Doorslammer Derby presented by Classic Graphix and went to three consecutive final rounds toward the end of the season.

“Todd ran really well,” Steding says. “That’s when I decided, well, we don’t have a shot at [the championship], so let’s make sure Todd does.”

With Tutterow competing for a championship at the Brian Olson Memorial World Finals presented by ProCharger, Steding was there as a blocker. He reached the semifinals to face one of Tutterow’s championship rivals, Daniel Pharris. The race was over at the starting line when the red light came on in Steding’s lane, but that was quickly forgotten when the scoreboard lit up with a new E.T. record, a 3.591 at 213 mph. 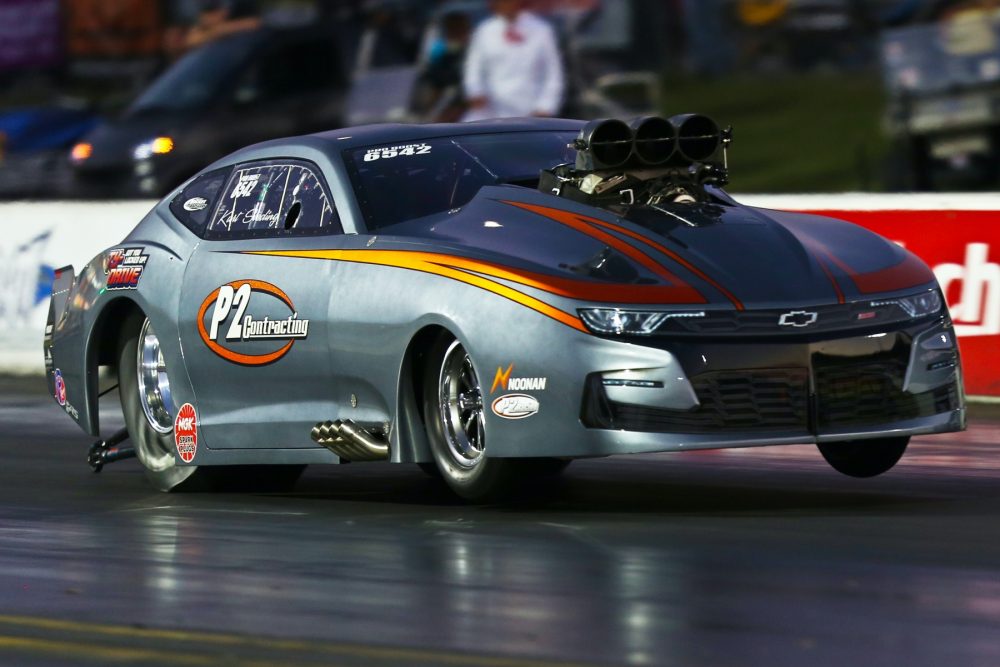 P2 Racing is a family operation all around, between the Stedings and the Tutterows. Steding brings along his wife, Wendi, and his son, Ethan, who races in Coolshirt Systems Pro Jr. Dragster. Tutterow’s wife, Denise, is also a key part of the team, along with their son, Ty, who has picked up Todd’s knack for tuning and maintaining fast doorslammers.

“It’s like family with the Tutterows,” Steding says. “They make it a great place to race and set an example for my boy. Our pits are fun – they’re serious – but we have a lot of fun there. My wife is really into the racing we do and loves sharing the pits with the Tutterows. It’s like camping at the track.”

“That was a nail-biter at the end there,” Steding says. “Standing on the line with him when he actually won the championship, I’m not going to say I didn’t tear up because I did. Super proud of him. He’s like a machine sometimes.”

Ethan will likely eventually join his dad in Pro Boost, though he has a few more steps – and a lot of hard work – ahead of him. The team kept Steding’s previous car, a C7 Corvette, so Ethan would have a car ready when he aged out of Jr. Dragsters. The plan is for Ethan to run the roots-blown ‘Vette with a mild tuneup in Top Sportsman when he’s old enough, then move into the screw-blown, on-the-edge Pro Boost car once he’s had some seat time.

Steding is adamant that Ethan will have to earn his opportunity in the big car. He’ll earn it through hard work at the family’s construction company, P2 Contracting. The father-son duo has already spent lots of time working together after school and on weekends, joining the company’s crews at one of their 24 active job sites throughout the Pittsburgh area.

“I asked if this is what he wants to do, and he said yeah, and man, did he prove it,” Steding says. “He’s just really good on the machine. He pays attention to what we’re doing. We don’t work all weekends, but we would catch up on weekends. His mother would drop him off after school, I would meet at a job site, and he and I would just go to town on machines. I have four kids, but I am really proud of that kid, how he just stepped up. He wants it. He knows that he has to work hard and we’re not just going to hand him a Pro Mod.”

Moving forward into 2022, Steding plans to continue building on the team’s success with another full run at the PDRA Pro Boost world championship. He and Tutterow are paired up as teammates again, but also as the new presenting sponsors of the class through P2 Contracting and Tutterow’s Ty-Drive converter drive unit business. They’re committed to the class, the series, and the long-term growth of P2 Racing.

“I think we’ve built something great, and I owe a lot to Todd for that,” Steding says. “We try to be as safe as possible, but you know he’s going to stick a good tune in the car and I never have to worry about it. I’m proud to be his teammate. I don’t like when he beats me all the time, but there’s something about him on the tree – he’s hard to race. The whole team is just in sync, my team and his team put together. We’re all one team. I like making good runs and cutting good lights and I like making Todd proud, to be honest.”