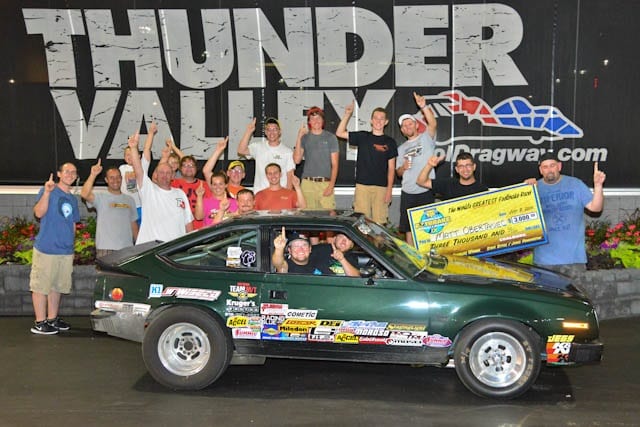 The ninth annual BTE World Footbrake Challenge got off to a roaring start today with a Test n’ Tune followed by the World Footbrake Gambler’s race. With a guaranteed purse all weekend, Thursday’s race is set pay $3,000 to some lucky and talented footbrake racer.

The whole event is rather unique in the aspect that pre-entries are accepted and preferred, saving entrants quite a bit of money. In typical bracket racing circles, pre-entries are usually not well received. Here though, close to 300 racers paid their entry fee up front, content in the knowledge that should they not be able to attend, their entry fee would be 100-percent refundable, no questions asked.

“That’s just the way we do things,” said co-promoter Jared Pennington. Both Pennington and his partner Steve Stites are veterans of the footbrake wars and treat the racers with a lot of respect; which one of the top reasons it has become such a popular race.

Friday and Sunday will feature $10,000 to win days while Saturday that number is increased to a $20,000 payday. And all the money isn’t on top, as the payout starts with second round winners.

But first, Thursday’s Gamblers race needed to be decided. Once the field of cars is down to eight or less, a ladder is generated based the previous round’s winning reaction times. In tonight’s instance, five cars remained; Josh Green, Adam Davis, Woody Campbell, Gary Simpers and Matt Obertanec.

Based on his previous reaction time, Obertanec received the lucky bye run to place him automatically into the semifinals. Green defeated Davis and Simpers took out Campbell. 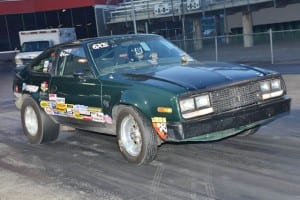 The final round pitted Obertanec who was the Friday winner at 2014 World Footbrake Challenge and the Maryland racer Simpers, who has a slew of track championships to his credit. The race was over at the starting line though when Simpers lit the red light by .009 handing another WFC win to Obertanec.

Plattinum Products and Plourd Racing Products will present the WFC IX event live on the World Wide Web via MotorManiaTV‘s four camera angles beginning on Friday morning with the first set of time trials. Tune into the World Footbrake Challenge website to view the event live as it happens.