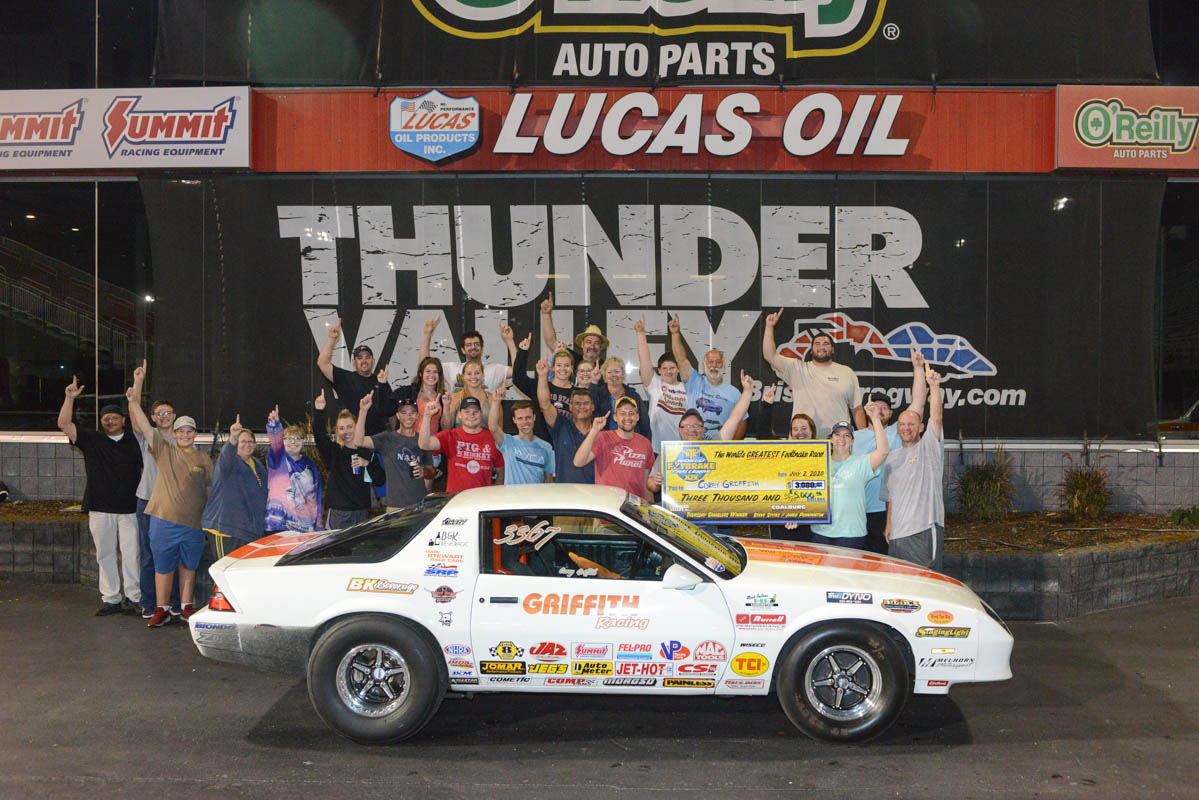 Like a lot of big races all over the country this weekend, racers have flocked to the track at each event in order to suit their competitive juices and the BTE World Footbrake Challenge at Bristol Dragway is no different.

For the 14th year in a row, hundreds of the best footbrakers in the country were here “swapping feet,” leaving off the bottom bulb with no trans brakes or electronic delay devices; doing it the way drag racing began.

Today’s schedule involved a Test & Tune session followed by the first of two scheduled WFC Gambler’s Races. This year co-promoters Jared Pennington and Steve Stites chose to increase the payout of the Gambler’s Races from $3,000 to $5,000 for the winner, and with it brought out a record number of entries for the whole event. While double entries are permitted at the three main WFC races this weekend, the Gambler’s Races are single entry, no buybacks, run shootout style, two go down and one comes back.

“We obviously won’t know the exact number of entries until Friday’s first round is over, but from the pre-entries and the trailers which have continually rolled in today, this should be a record crowd,” said Pennington. “Both myself and Steve might be the ones putting on the show, but it’s the racers who show up and make this all possible. Thank you all so much.”

Round seven with five cars left in competition, the survivors at that point were Corey Griffith, David Keyton, Dustin Bryant, Cam Murray and Darrell Holmes. Griffith used an 0.010 reaction time to dispatch Holmes. Murray had the RT advantage and held on for the win over Bryant, while Keyton took the odd car single to advance to the semifinals.

For the semis, Griffith’s 0.010 RT earned him the bye to the final, while Murray faced Keyton with Keyton turning on the red-light by -0.012 advancing Murray who would have been tough judging off his 0.002 RT.

Final round and it was Ohio (Griffith) versus New Hampshire (Murray), Chevrolet (Griffith) against Dodge (Murray). Two WFC rookies making their first trip to the WFC and making it count. Unfortunately for Murray, who was 0.002 in the semifinals, he may have pushed it a little too far and turned the red-light on by only -0.007 to hand Corey Griffith what may be his first WFC check of the weekend.