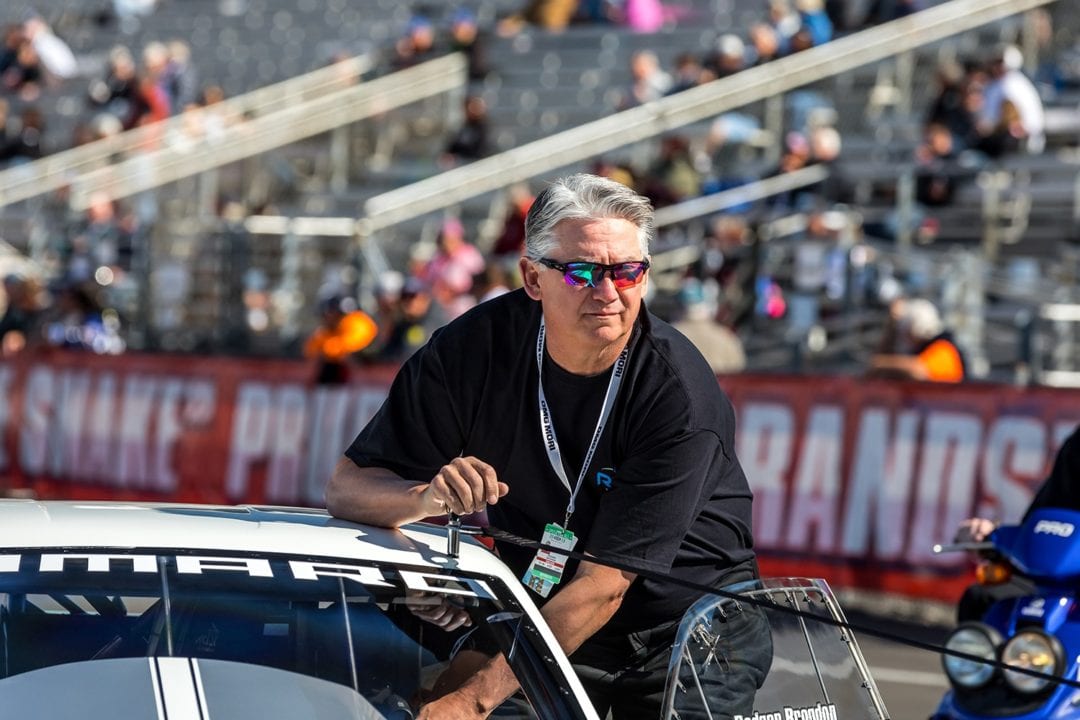 Brogdon grabbed his second career No. 1 qualifier to kick off 2019 at the season-opening Lucas Oil NHRA Winternationals at Auto Club Raceway at Pomona.

But, unfortunately for Brogdon, the first round of eliminations couldn’t have gone any worse on Monday.

Brogdon left the starting line before the tree was activated, handing the victory to Val Smeland and wrapping up the very definition of a rollercoaster weekend.

“You go from being on top of the world to feeling like crap, but that’s racing,” Brogdon said. “It’s very disappointing, but things will be fine. Things like that are going to happen to you in racing, but I would rather it happen in the first race than happen later in the season.”

Brogdon qualified No. 1 with an impressive 6.522 at 212.03 mph, continuing the great momentum he had built up from a strong test session in Phoenix.

It all added up to a great full-time return to the class for Brogdon, who had only raced once since 2015 before the weekend in Pomona.

Those good vibes came to a momentary crashing halt with the first-round mishap, but Brogdon isn’t hung up on the issue.

He is confident his Elite Motorsports team will have everything worked out for the next race – the NHRA Arizona Nationals in Phoenix on Feb. 22-24 – and it will be back to business as usual for Brogdon as he tries to track down his fourth career Pro Stock win.

“We’ll have it fixed for the next race and be just as good as we were in qualifying this weekend,” Brogdon said. “I was getting ready to bump it in and the car just took off. I really couldn’t tell what happened, but we’ll change a few things and make sure it doesn’t happen again in Phoenix.”

But the way Brogdon talks, he isn’t worried about that being a lingering problem at the second of 18 races during the 2019 NHRA season.

One of the reasons he opted to join the Elite Motorsports team in 2019 was the expertise of the team, something that has already been on display this year.

Even with the early exit, he came away impressed with the team and hopeful the team can get on track in Phoenix. With only 11 more races before the Countdown to the Championship because of the reduced schedule for Pro Stock in 2019, Brogdon is confident the team will have a better showing in two weeks.

“I know we have a really good car and I definitely made the right decision working with Elite,” Brogdon said. “(Team owner) Richard (Freeman) has put together an incredible team and I’m very fortunate to be part of this program. There’s a heck of a lot of depth on the team. There would be something wrong if I wasn’t disappointed, but I’m over that now and I’ll be ready to go when we get to Phoenix.”