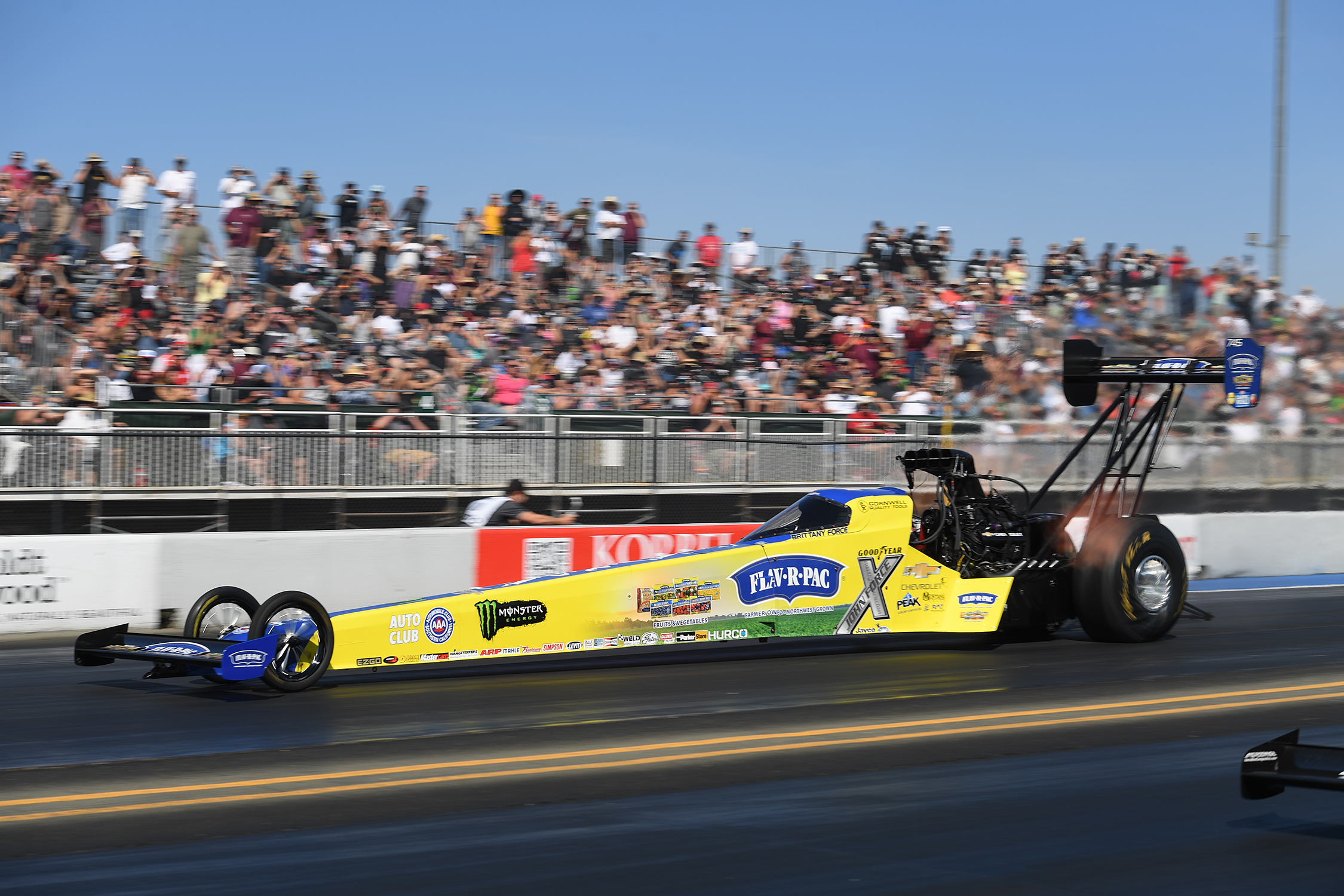 Sitting at the top of the NHRA points standings, Brittany Force and the Flav-R-Pac / Monster Energy team are looking to continue their early season success at the Virginia NHRA Nationals at Virginia Motorsports Park with a third victory at just the seventh event on the Camping World Drag Racing Series schedule.

Force and the Flav-R-Pac team capitalized on their consistency at the first four-wide event of the season, the NHRA Four-Wide Nationals at The Strip at Las Vegas Motor Speedway, with a dominant victory. It was her first win at the spring Vegas race and set her up to enter the SpringNationals sitting a measly four points out of the lead. With a close to flawless performance at Houston Raceway Park, Force took the points lead and despite a second-quad exit at zMAX Dragway for it’s Four-Wide Nationals, Force maintains the lead by 17 points.

“Richmond is next on the list and after a couple of years away, our Flav-R-Pac / Monster Energy team is excited to return,” Force said. “We head into the Virginia Motorsports Park in the points lead after back-to-back wins and are looking to leave in the same position. Our goals are to qualify in the top three, make three consistent qualifying runs and have a long race day so we can grow that points lead.”

Force has made two starts at the Virginia Nationals, No. 2 in 2018 and a No. 3 in 2019, the last time the event was contested. Virginia Motorsports Park is one of only five tracks at which Force and her Flav-R-Pac / Monster Energy dragster don’t own either the track ET or speed record. She currently is the ET record holder at 10 of the 17 tracks that host events in the series and the speed record holder at eight.