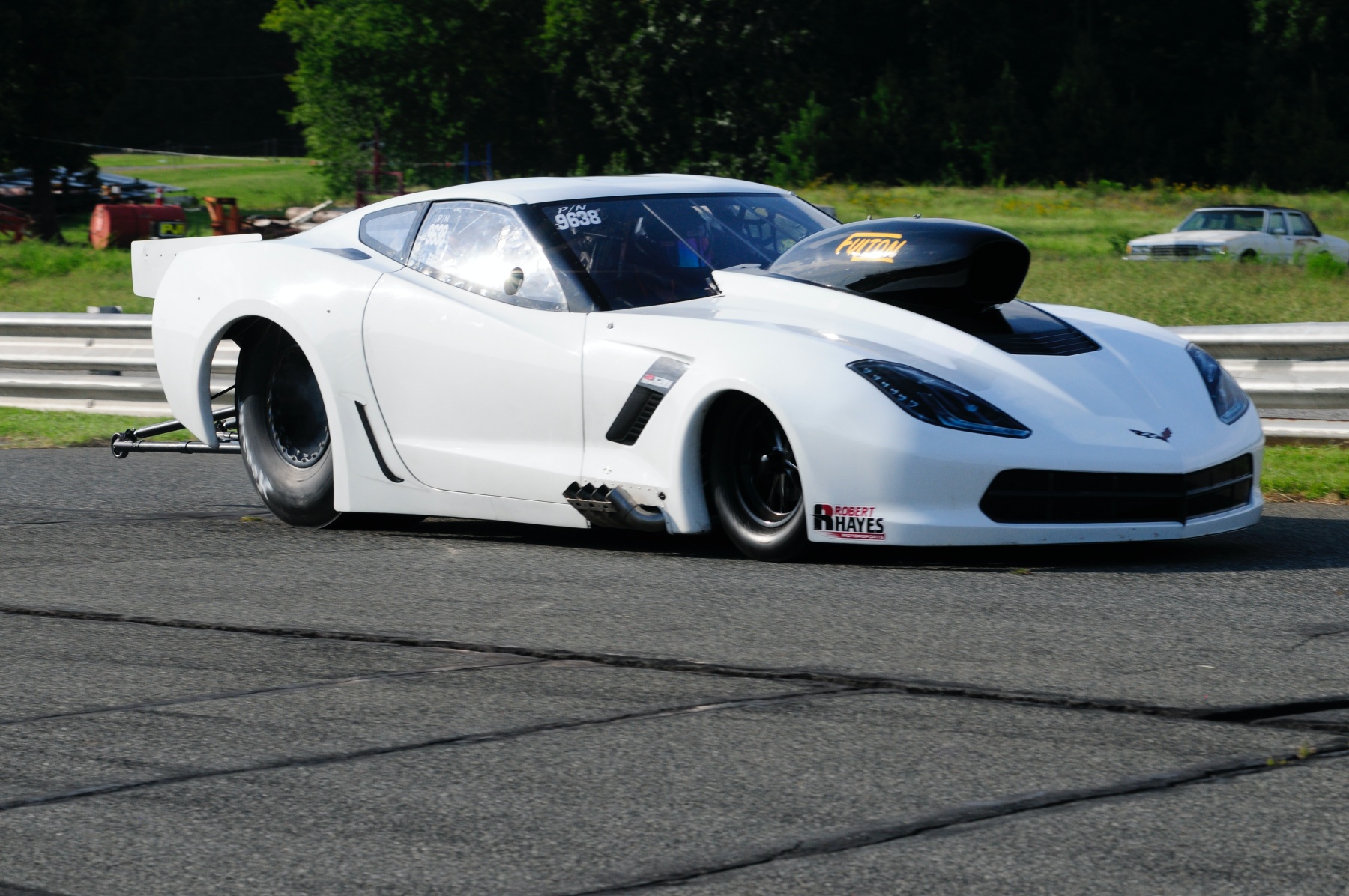 In a scene from several seasons back, the grounds surrounding the “Doorslammer Capital of the World,” North Carolina’s Piedmont Dragway, was full of cars, new to the Big Dog Shootout, plus the usual cast of characters that included Brian Shrader, Jason Harris, Cam Clark, Mike Graham, Robbie Keziah (Barry Mitchell is in the process of assembling a new power combination), Travis Harvey, Shannon Wilson, and the April runner-up, Michael Dawkins. Returning was 2017 champion Tim Lawrence, Chevy Floyd (son of former competitor Keith Floyd), Charles Terrell, and brand-new to the group, Graham Hayes in the ex-Charles Carpenter ’68 Camaro. That is a total of 12 quality cars, any of which could win the event on any given day. 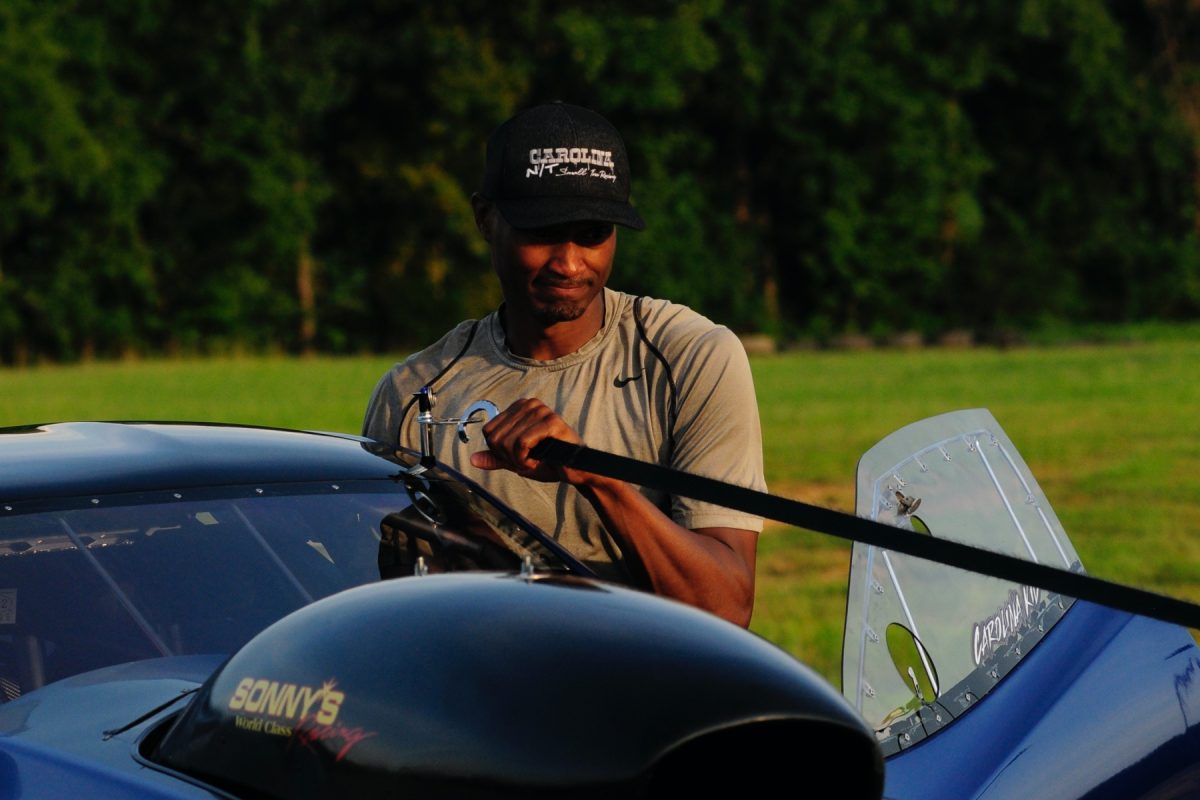 That said, qualifying was fast and furious with the heat in the Carolinas playing havoc with the tuners’ minds, that would result in a shakeup in the points, for sure. When the smoke cleared, Shrader was No. 1 at a 3.840 and Harris a close No. 2 at 3.914. Third was Graham’s Virginia Speed Chevelle at a 3.922 and newcomer Hayes rode the Jay Cox tune to a 4.001. Fifth was Lawrence at a 4.004 and Keziah at 4.018. Seventh was Harvey in the 7-day wonder Corvette at 4.122 and “Hollywood” Floyd at a 4.145. Top MPH went to Harris with a 197.88 in the heat. Not in the show were Charles Terrell, Shannon Wilson, Michael Dawkins, and surprisingly, the third driver in points, Cam Clark.

First round was incredible with Hayes having ignition problems to give Lawrence a free pass to the semis. Graham’s chute deployed early, giving Keziah a free ride also into the semis. Shrader ran a 3.83 to defeat Floyd’s 4.60, but the race of the night was Harris against Harvey. The two old friends squared off with the result being Harvey laying down a 3.82 to defeat Harris’ 3.92 in a close, close race. The semis had Shrader running a 3.99 holeshot to defeat Lawrence’s 3.97. In the other race, Harvey ran another 3.82 to defeat Keziah’s 3.97. In the final, Shrader took the measure of Harvey’s Corvette at a 3.836 at 195.48 with Harvey having problems and slowing. 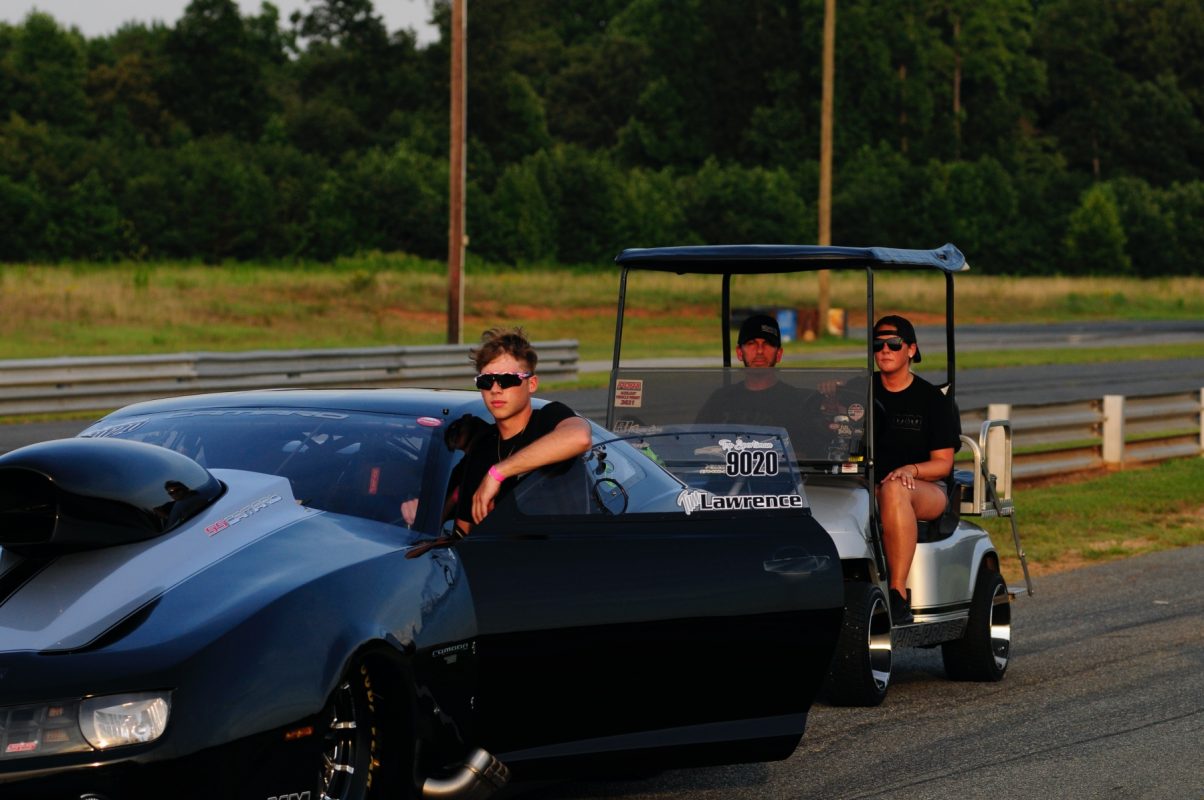 In summary, it was like old times. Lawrence was back. Jay Cox was in the house tuning the Camaro of Hayes. Ben Ferguson was in the Shrader pits and Barry Mitchell was there to offer support to Keziah. The Floyd family, fresh off a runner-up finish the previous Saturday in the Mad Dawg event at Farmington Dragway, made their presence known. All of this leads up to the September Big Dog event immediately followed by the $15,000-to-win, NO entry fee, Big Dawgs being presented by Lance Stanford’s Carolina No Time group. Great things are happening in the Top Sportsman/Big Dog Eliminator and I, for one, cannot wait.