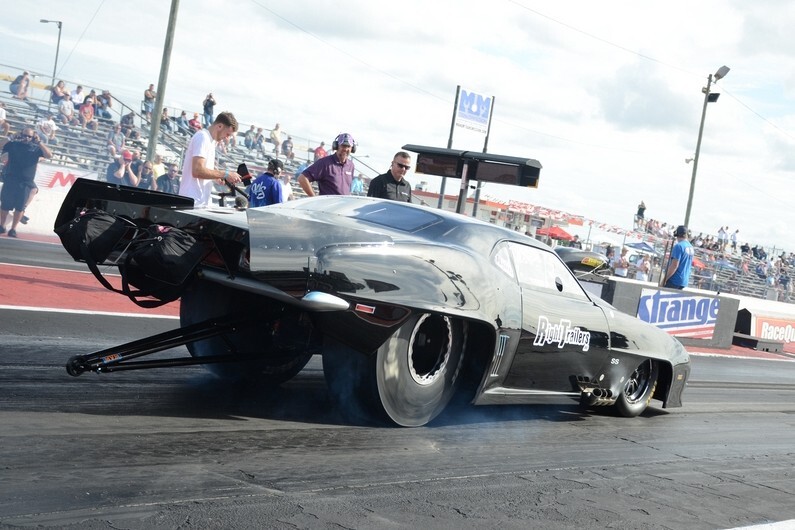 But with state restrictions limiting travel out of New York during the COVID-19 pandemic, Caruso may not have a chance to race anytime soon. Caruso, though, had just the person in mind to fill the seat for the upcoming U.S. Nationals.

Tommy D’Aprile will pilot the Caruso Family Racing Camaro at the upcoming NHRA Pro Mod race at Indy, making his first NHRA appearance in what he believed to be more than nine years. It’s also D’Aprile’s first race since March’s Drag Illustrated World Doorslammer Nationals in Orlando and will be just his third of the year. But the talented driver raced Caruso’s Camaro to the final round at the U.S. Street Nationals in Bradenton, making him an ideal choice for the upcoming U.S. Nationals.

“We really wanted to get the car out there and Tommy was the first one back in the car January. It’s just a perfect fit and scenario for Tommy to get in there and a great opportunity for everyone,” Caruso said. “Tommy is like family to us and it really is the perfect fit. That’s the best way to describe it.” 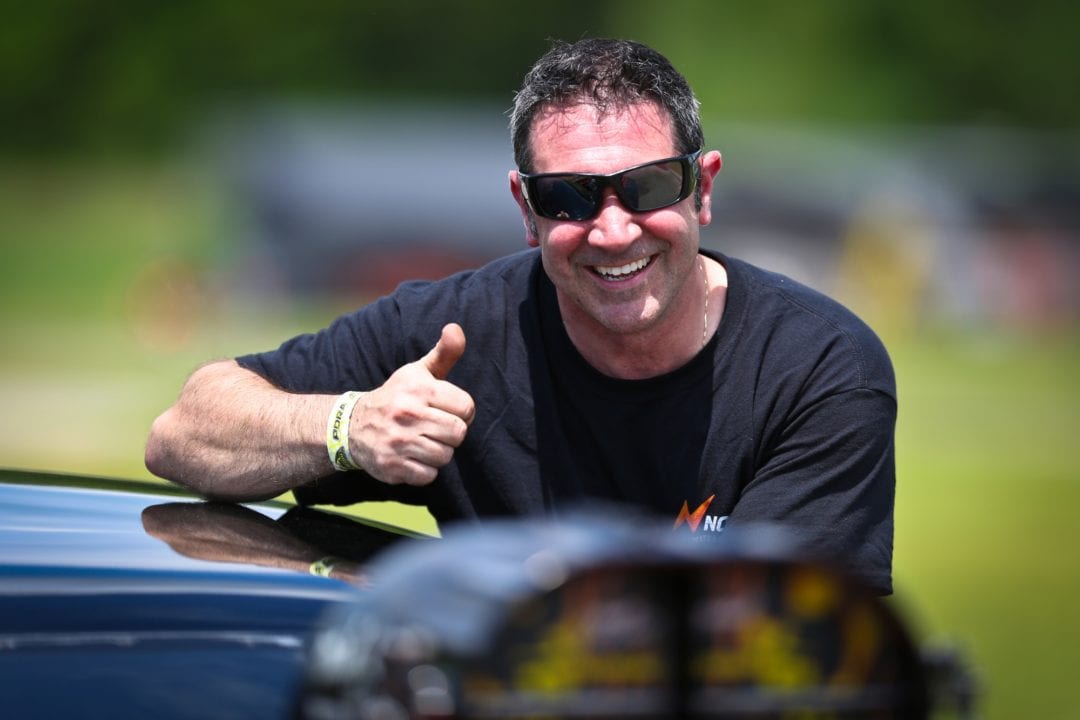 With tuner Al Billes in Canada during the public health crisis, D’Aprile has been unable to race in the PDRA Pro Boost category this year. It’s been an unfortunate circumstance, especially with such a promising start to 2020, but it’s only made the popular driver even more appreciative of his chance to race at the U.S. Nationals, which takes Sept. 4-6 at Lucas Oil Raceway at Indianapolis.

“This opportunity really blows me away,” D’Aprile said. “To have Marc and Joe, and the whole Caruso family want me to do this, it really means a lot. You couldn’t pick better people to be around and it’s like the ultimate dream team. We have really good chemistry, and it’s a great car and a great program. I’ve got full confidence in this car and this team. You just have faith that things will work out and they did.”

The plan is for D’Aprile to test in the car this weekend at the PDRA race in Virginia, then head to Indy the following week for the U.S. Nationals.

Racing in Orlando at the WDN was D’Aprile’s first quarter-mile Pro Mod race in almost a decade, but he and Billes performed well. Now, racing Caruso’s car with a team led by tuner Lee White and that worked closely with D’Aprile and Billes in previous years, the hope for D’Aprile is to qualify for his first career NHRA Pro Mod race.

“There’s a reason for everything and I’m just grateful to be doing this,” D’Aprile said. “With Lee’s tuning ability, there’s no question he’s a great asset. He’s gained a lot of knowledge working with Al and we know the potential of these cars. As a driver, you just love being a part of this team. It’s a great comfort level and there’s just so much camaraderie.” 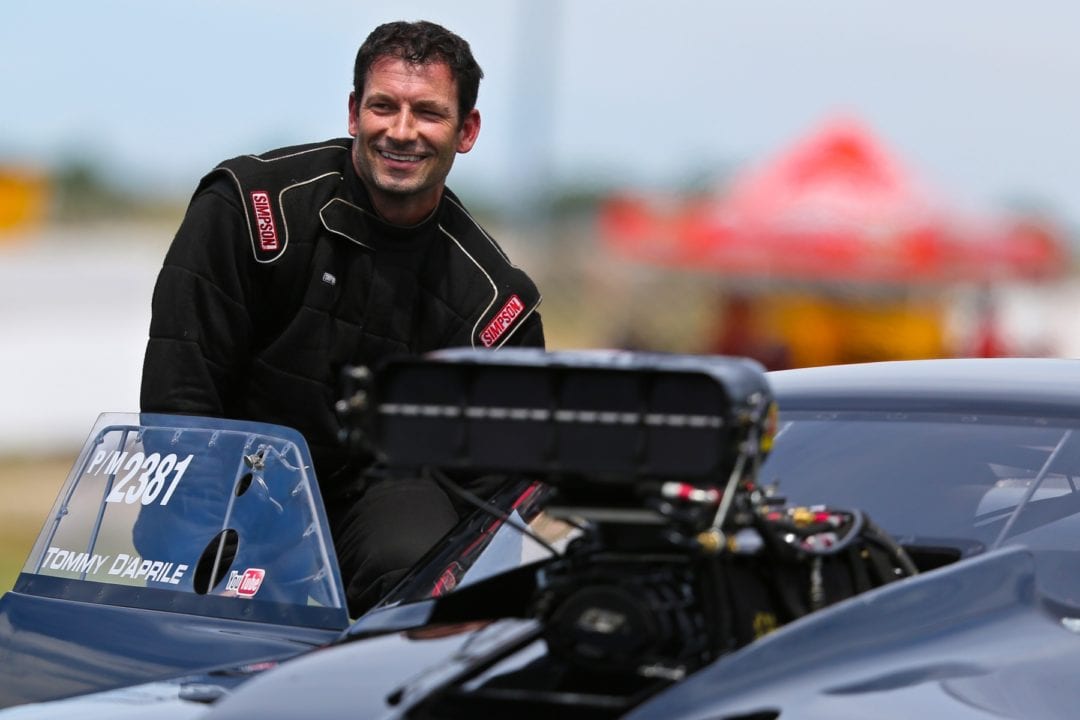 Following the WDN in Orlando, D’Aprile was set to race at the NHRA race in Gainesville before the pandemic ensued.

Caruso made his first appearance in the car in nearly a year, returning from a horrific crash in Bristol to compete at Darlington in May. The car suffered some cosmetic damage at Woostock, but is now ready to go. But with Caruso’s business surging and a mandate from the New York government of a two-week quarantine following a visit to certain locations — with Indy being on that list — the veteran couldn’t put himself in position to race.

That’s when D’Aprile entered the picture, giving him a chance to build on January’s runner-up position, as well as the victory from Alex Laughlin at the WDN in Caruso’s Camaro. Coupled with support from Right Trailers, NGK Spark Plugs, VP Racing Fuels and MGP Connecting Rods, and Caruso is confident the team can make some noise.

“Tommy’s familiar with this car, he enjoys it and it’s basically a sister car with the one he’s driving for Al,” Caruso said. “It’s all just very exciting. I feel very good about what we can do. We had that final-round appearance, won in Orlando and I feel like it’s as good of a race car that we left Orlando with. I like our odds.”

D’Aprile is just as confident, though he knows the talent level in Indy will be impressive. But that part may bring out the best in the talented driver, who thrives on competition. There will be plenty of top-notch competition in the NHRA Pro Mod class at the U.S. Nationals and D’Aprile can’t wait for that.

“Being in the company of so much greatness in Pro Mod at this race, it blows me away,” said D’Aprile, who won the PDRA Pro Boost world title in 2018. “It’s just a fantastic opportunity to run against some of the best teams in the sport. I love being around all these guys and it’s just exciting.”

Don’t be surprised to see Caruso in Indy, either. The executive order from the New York states the traveling party must quarantine for two weeks only if they are in the listed state(s) for more than 24 hours.

But Caruso has access to a private pilot and plane and could make the three-hour trip Saturday night to watch eliminations on Sunday – and be back home within 24 hours.

“I’m guessing I will probably be there,” Caruso said with a laugh. “If I watch raceday and get home, I may have to do that. We’ll just have to see.” 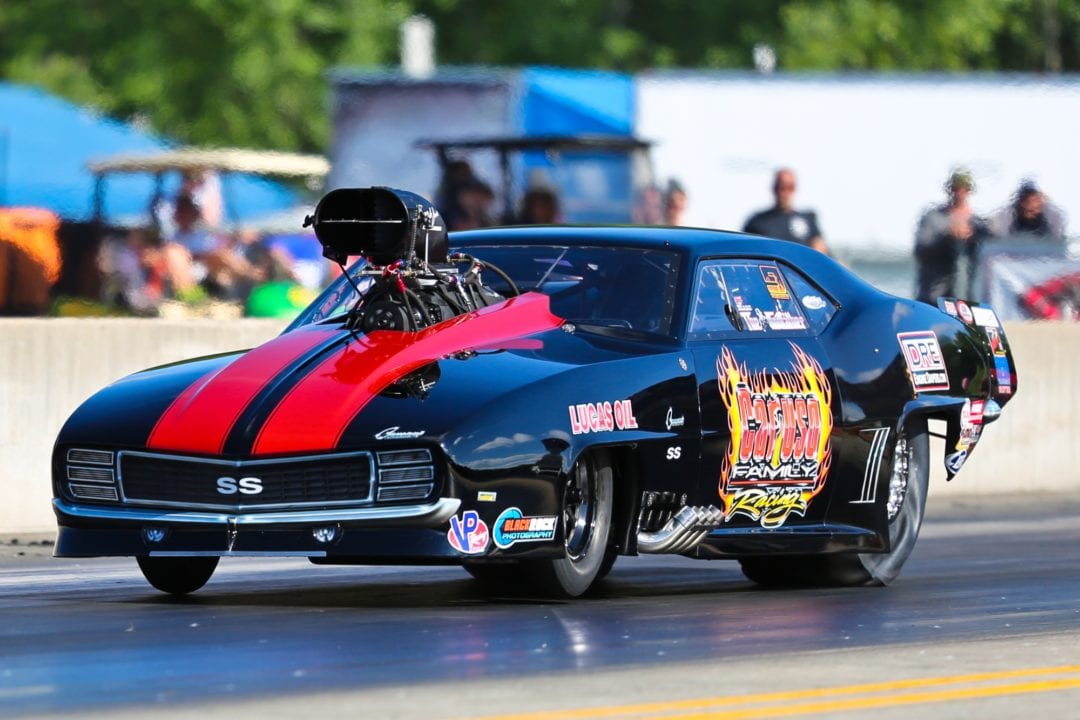