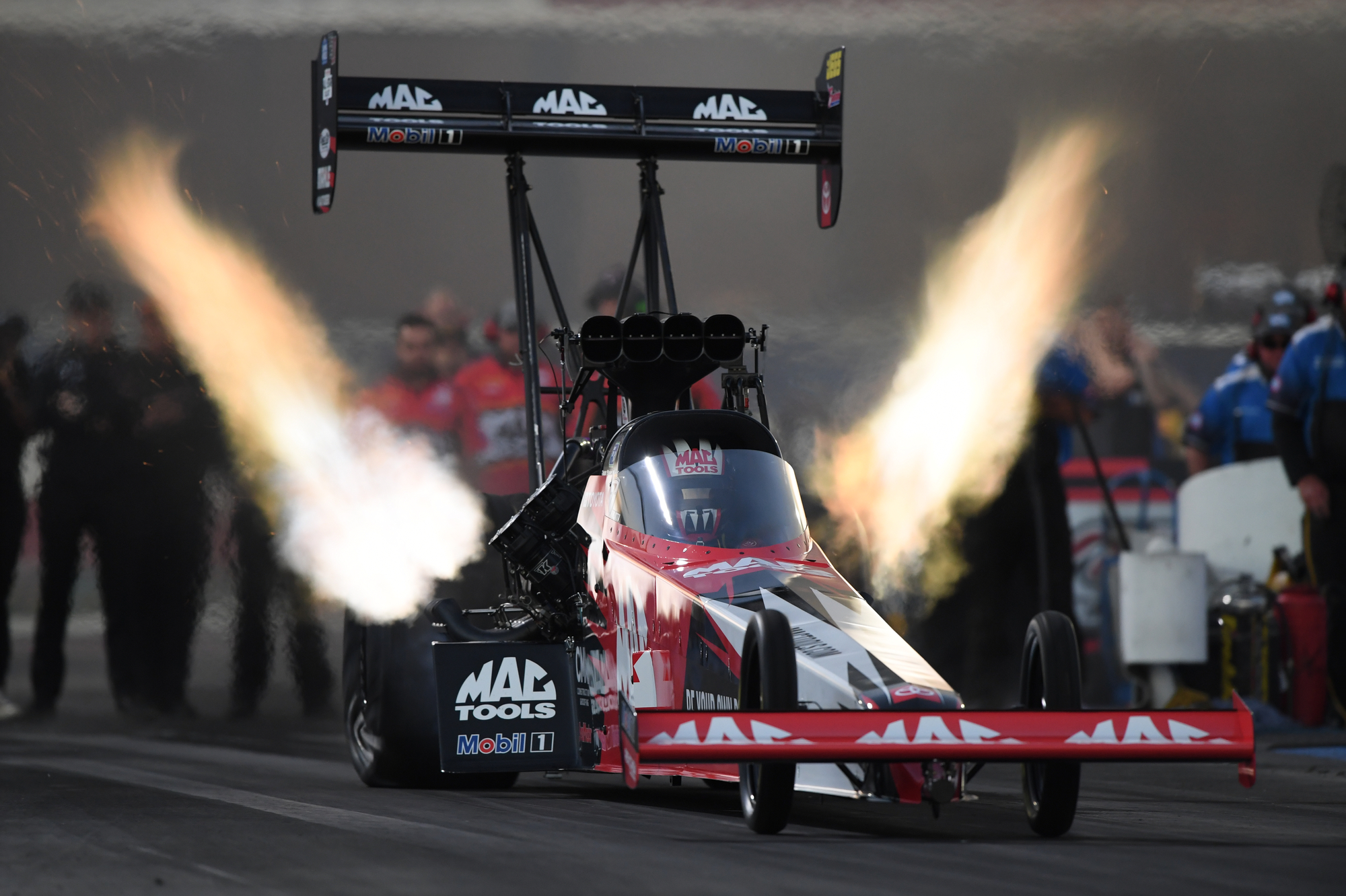 The Pep Boys NHRA Top Fuel All-Star Callout takes place on Saturday, March 12 at the upcoming Amalie Motor Oil NHRA Gatornationals at historic Gainesville Raceway. It is a unique specialty race within a race featuring eight star drivers competing for a big money and memorable victory before eliminations takes place for the Gatornationals the next day.

– Torrence will make the first selection to call out his opening-round opponent, getting his choice of the seven other drivers before the first round of qualifying in Gainesville at 5 p.m. on Friday. Brittany Force would get the next pick if she were not called out by Torrence, followed by Salinas until all first-round matchups are set.

– The driver who makes the quickest winning run in the first round will get the chance to select their semifinal opponent, automatically locking in the other matchup.

– Steve Torrence has advanced to three Top Fuel shootout final rounds, winning the specialty race in Indy in 2017, also winning the event that year. Torrence is also the four-time defending world champ and has 51 career wins.

– Brittany Force has qualified for four Top Fuel specialty events in her career. Force is an 11-time event winner and the 2017 world champ.

– Mike Salinas will make his first appearance in a specialty race. He has four career Top Fuel wins, including the most recent race in Phoenix.

– Justin Ashley will also be making his first appearance in a specialty event. He won the season-opening race in Pomona and is the 2020 NHRA Rookie of the Year.

– Antron Brown won the Top Fuel specialty race in 2015, defeating Doug Kalitta in the final round. Brown, who has appeared in six TF specialty events, is a three-time world champ and has 68 career wins, including 52 in Top Fuel.

– Leah Pruett has qualified for a pair of Top Fuel specialty races, advancing to the final round in 2016. Pruett has nine career Top Fuel wins.

– Doug Kalitta is a veteran of the Top Fuel specialty races, making his first appearance in 1998. He has advanced to six final rounds in those 14 appearances, winning three of them, including 1998, giving him the most of any driver in the field. Kalitta has 49 career Top Fuel victories.

– Shawn Langdon has qualified for four specialty races in Top Fuel, beating Steve Torrence in the final round in 2013 in Indy. He also won the race that weekend en route to a world championship. Langdon has 17 career wins. 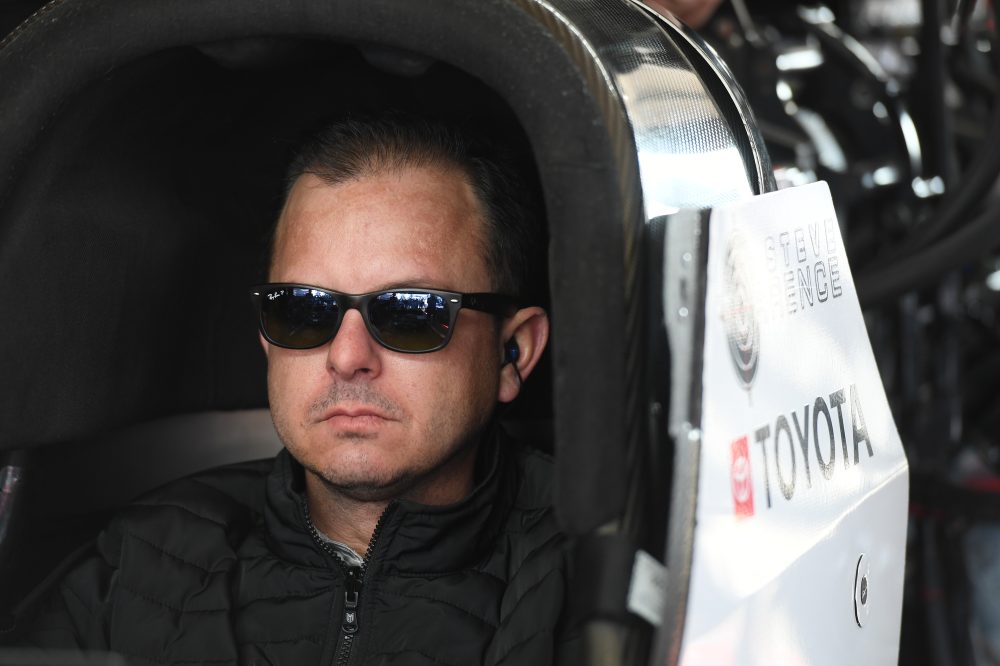 Steve Torrence, driver of the 11,000-horsepower Capco Contractors dragster
On his excitement for the specialty race: “I’m really looking forward to this. The callout has definitely put some pressure on everybody to get in, then to figure out who you want to race, not make it personal, but make it interesting.

On selecting his first-round opponent: “I don’t think we’re going to make that decision until the last minute. I believe that going to Gainesville, it’s going to kind of be up in the air because there’s so many good cars and you really need to look at track conditions, see what the weather is going to throw at you and make a decision based on what each car and each driver has done in the past. You’ve guys like Justin Ashley that are just an assassin on the tree and (Antron), and Langdon will surgically remove your head at the starting line if given the opportunity. So, we’re going to see what’s going to be conducive to giving us the best opportunity to win one round and see if we can go into that second round and maybe in the final.”

On the level of competition in the eight-car field: “There’s no slouches in this whole pack. This is the baddest (drivers) out there and anybody can pick you off at any time. They’ll take off on you and outrun you so bad that you’re sitting around wondering what just happened. With the way that the cars are running right now, the competition in the in the class is so stout. Everybody’s going to be throwing down as hard as they possibly can. So, I think it’s going to be a great show for the fans.”

Brittany Force, driver of the Monster Energy/Flav-R-Pac dragster
On the unique aspect of the callout: “It’s definitely different and that’s the exciting part about it. The callout gives it an edge, makes it exciting and I think you’ll see some rivalries, for sure.”

Mike Salinas, driver of the Scrappers Racing dragster
On what he’s expecting: “There’s a lot of fast cars out here and everybody is no joke. You’ve got to cut lights and you better have your ‘A’ game or you’re going to be left behind. This is going to be fun.”

Justin Ashley, driver of the Phillips Connect powered by Vita C Shot dragster
On the talent involved in the callout: It’s an all-star race for a reason. You look at the seeds one through eight and there is no margin for error. The call out portion of it is super exciting for the NHRA drivers because we’ve never gotten an opportunity to do anything like this before. It’s not personal, it’s strictly business. We all have a mutual respect, but nobody fears each other, and, of course, we have the utmost confidence in our team.

On the strategy involved for the specialty race: “There is no using Friday, Saturday to prepare for Sunday. You better be ready with your tune up on the track and you better be ready on lights from a driver’s perspective. I’m sure it’ll take some time to get ready, but we don’t really have that luxury of time. So, it’s just going to be up to us do the very best that we can and make the right calls.”

Antron Brown, driver of the Matco Tools dragster
On his excitement for the specialty race: “You at that (winner’s) check and you’re like, ‘Man, this check has a lot of zeroes and now even means more right now (as a team owner). because we all have bills to pay. I don’t know about all these other these other cats and jokers right now, but I’m looking at them like they’re taking my lunch money from me. So, I want to come up and I don’t care who it is, I want to smack them down to the best of my ability. It’s going to be a lot of fun and we’re hungry, and it’s going to be quite interesting.”

On his strategy for success: “At the end of the day, you want to set yourself up for the best position to win. We’re making decisions before we even run one round of qualifying. So, when you look at it, from that standpoint, you maybe need to do a little research to see how some of these teams ran at Gainesville over the past years. The crazy part is, you’re going to be coming in where you’re not going to have all these runs, so you’re not going to know where you’re at on Tree, or how the car is performing. So, there’s a lot of variables to go from, and all I can tell you is right now that all the competition we have in this top eight, it’s literally anybody’s race the way these cars are right now. Whoever hits it, right, leaves first on tree could pick up that check. I don’t know about the rest of you, but I’m going to be walking around putting some holes in some Goodyear tires.” 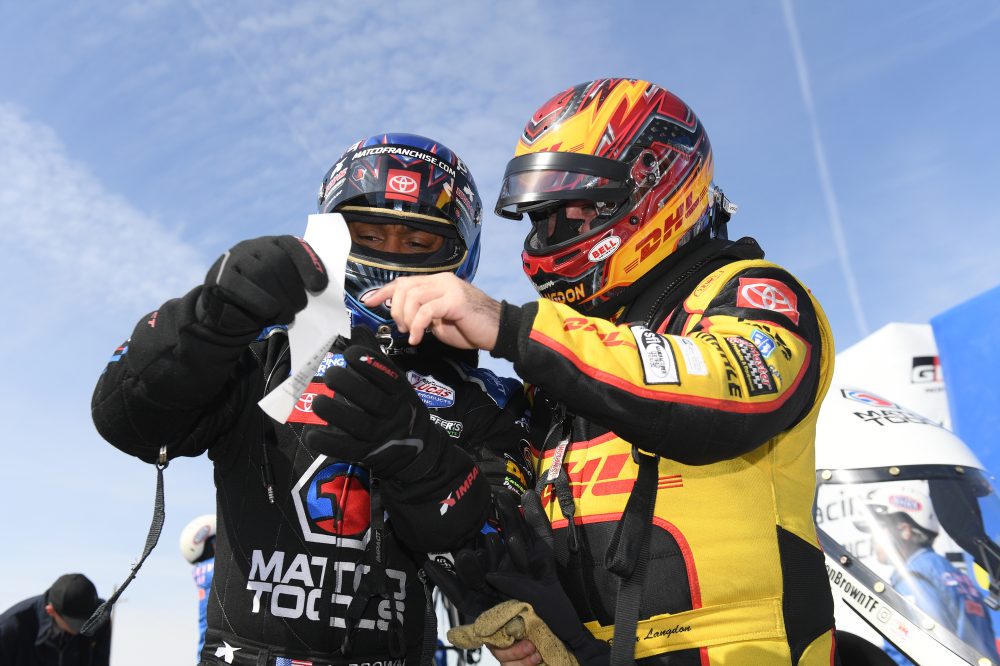 Leah Pruett, driver of the Dodge Power Brokers dragster
On her excitement for the callout: “It’s something new and exclusive to the NHRA. With the top-eight being able to qualify into it, it’ll have a different format than what we’re used to. It’ll be a little more outlaw-style and allow us to put on our racer hats, and that’s what excites us about it. For this Dodge team to be qualified into it, it says a lot about our program.”

On what it would mean to win: “Just to have a chance at getting those extra funds for TSR means a lot. The money can go toward our backup car, research and development, and extra test sessions. We have very qualified people on our team and those extra resources matter. The guys out here work for a bonus, and this is a bonus race for everyone across the board.”

Doug Kalitta, driver of the Mac Tools dragster
On his excitement for the callout: “I love the specialty races. There are seven other really tough drivers in this thing, and you will have to be ready if you want to get those three win lights. I am glad Shawn and I made it and we will see what we can do on Saturday.”

On what it will take to win: “Everybody’s hungry out there right now and I’m going to have to definitely be up on the wheel. We got a lot of great drivers coming in. It’s going to be a lot of fun, (and) you know, Gainesville is a great place to race, and we’ve got a lot of history there.”

Shawn Langdon, driver of the DHL dragster
On his mindset as the eighth seed: “Everybody that’s in is very deserving of being in it. So, I think I probably have the easiest position being in the eighth spot that I don’t have to call anybody out sometimes. You know, you don’t want to bite off more than you can chew. You don’t want to put your foot in your mouth calling somebody out. So, I feel like I’m in a pretty easy position. We’re just going to go out there and do the best that we can (and) make the best run possible. We kind of have some theories on how the choices are going to go down, about who we could potentially get, but we’ll have to wait until Saturday to see.”

On the unknown aspect of the callout: The callouts will make this a fun event for sure, and you won’t know who you are racing against until the picks are made. I feel good about my position because there is no pressure. As the No. 8 driver, I will either get picked or be in the last pair. I am just looking forward to putting on a good show for the fans. There will definitely be some strategy involved for sure.

To purchase tickets to the Amalie Motor Oil NHRA Gatornationals at Gainesville Raceway, where the Pep Boys NHRA Top Fuel All-Star Callout will take place, call 800-884-NHRA (6472) or visit www.nhra.com. Children 12 and under are admitted free in general admissions areas with a paid adult. For more information about NHRA, visit www.nhra.com.