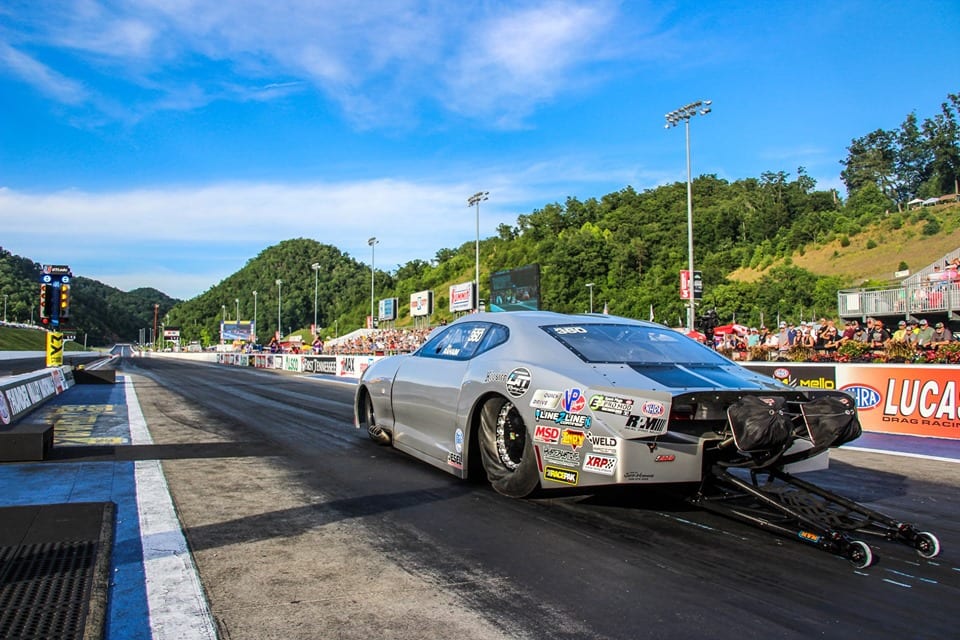 NORWALK, Ohio – Bob Rahaim had a season’s worth of misfortune in a string of just a few races, knowing full well his team had not yet put their best foot forward during the 2019 E3 Spark Plugs NHRA Pro Mod Drag Racing Series presented by J&A Service season. That all changed last week in Bristol and the veteran is hopeful that momentum continues this weekend at Summit Racing Equipment Motorsports Park as part of the Summit Racing Equipment NHRA Nationals.

After not qualifying at two races earlier in the year, Rahaim advanced to the final round in his nitrous-powered Technical Logistics Corporation Camaro, jumping from 16th all the way to eighth in points. Now racing close to home, Rahaim, who has two career wins and six final round appearances in the class, has no plans of slowing down after finally getting things to go his way. 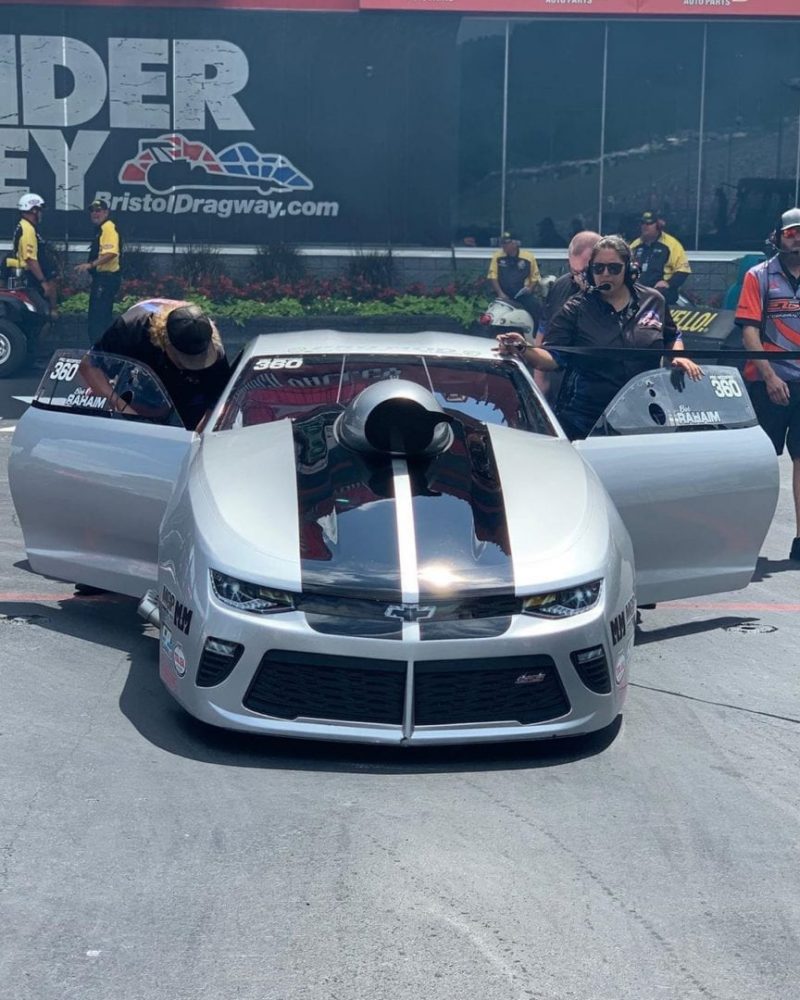 “We had struggled a little,” Rahaim said. “We’ve just had all sorts of stuff come up. Going to the final in Bristol was really an uplifting moment and a confidence builder, and hopefully we build on that going into Norwalk. Whether it’s by luck or whatever, you start stumbling onto stuff and start righting the ship. People that we have on our team are persistent, they’re knowledgeable and they’re just not going to give up. That’s the mark of a good group of people, when everything is going wrong and everybody can maintain a reasonable amount of composure.”

The race, which is presented by Plochman’s Mustard, is the eighth of 12 events during the 2019 E3 Spark Plugs NHRA Pro Mod Drag Racing Series season and will be shown on Fox Sports 1 (FS1) and Fox Sports 2 (FS2). Three-time world champion Rickie Smith is the defending winner of the event, but Rahaim has enjoyed his share of success at the track, which is two hours from his Grosse Point, Mich. home. It includes a No. 1 qualifier and runner-up appearance in 2016, which ironically enough, was preceded by a finals appearance in Bristol.

Rahaim can only hope to repeat that after knocking off defending world champion Mike Janis and former world champ Khalid alBalooshi en route to the finals last weekend. It was a welcome turnaround for Rahaim and his team, which is led by crew chief Chris Bell. They took over their own engine program but struggled through an array of issues before breaking through in Bristol. Through the frustrating times, Rahaim was impressed with how his team kept pushing forward.

“We’ve run well in Norwalk before and I’m confident we can again,” Rahaim said. “I think we’re on the right track again. We’ve found more power, but things happen sometimes. This combination, it’s been around forever and I just couldn’t give up on it, personally. There’s still some untapped potential there. The nitrous combo is definitely a consistent combination on a hot racetrack.”

He’ll be challenged in Norwalk by a massive field that includes Jose Gonzalez, who knocked off Rahaim in the Bristol final round, as well as points leader Stevie “Fast” Jackson, Sidnei Frigo, Todd Tutterow, Erica Enders and Chad Green. But after posting a career-best 5.713-seconds at 250.78 mph to open the year in Gainesville, Rahaim still sees plenty of possibilities in his nitrous combination. Having it come together in Norwalk would be an ideal scenario.

“I’m really excited about this weekend,” Rahaim said. “We’ve got a lot of local people pulling for us, and I’m excited about that aspect of it, if nothing else. But we’ve had success at the track and it’s one of my favorite places to race. We’re looking forward to it.”