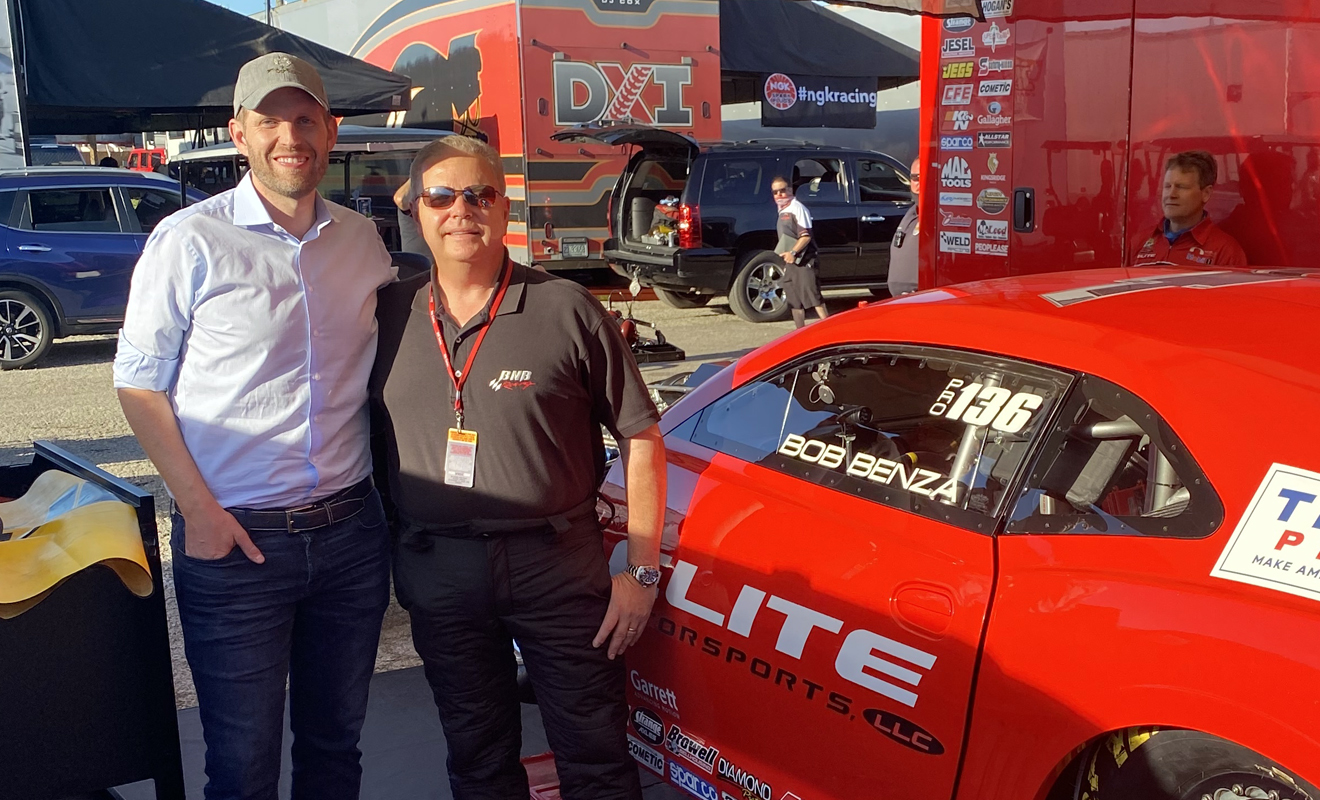 Bob Benza made his first appearance of the 2020 Pro Stock season at last weekend’s NHRA U.S. Nationals at Lucas Oil Raceway at Indianapolis.

A very noteworthy friend also made sure to pay a visit.

Eric Trump, son of President Donald Trump, attended the race on Friday as Benza and Elite Motorsports played host to the special guest.

Benza and Eric Trump have been friends for several years, and Benza’s daughter, Kimberly, is his chief-of-staff and also in charge of communications for the Trump Organization. The schedule aligned for Trump to attend the race on Friday, where he spent the entirety of the day at the track, leading to one of the biggest moments of the entire weekend at the Big Go.

“Eric knew I was going racing and he wanted to come watch,” Benza said. “He’s very personable, very open, very down-to-earth, and he really wanted to understand everything that was going on at the track. It was a good time.”

To say the least, it was a memorable event for everyone in the Elite Motorsports camp, as well as a massive amount of racers and fans who showed their support.

While at the track, Trump was entrenched in the happenings of the U.S. Nationals, especially in Pro Stock. He sat in a car and went through a warm-up in the pits, watched on the starting line and conversed with team members and drivers throughout the day.

He posted a video surrounding the event to his own sizable social media — one that includes four million followers on Twitter and nearly two million on Instagram – which was then later shared by President Trump.

It was the perfect capper to a weekend Elite Motorsports team owner Richard Freeman won’t forget.

“It was unbelievable. (Eric) treated us like we had been friends forever, and they’re for real,” Freeman said. “Bob loves Pro Stock and loves what we do, and Eric fell right into it. I don’t think we really understand how much it could impact what we’re doing. The support that was shown, it was just cool.” 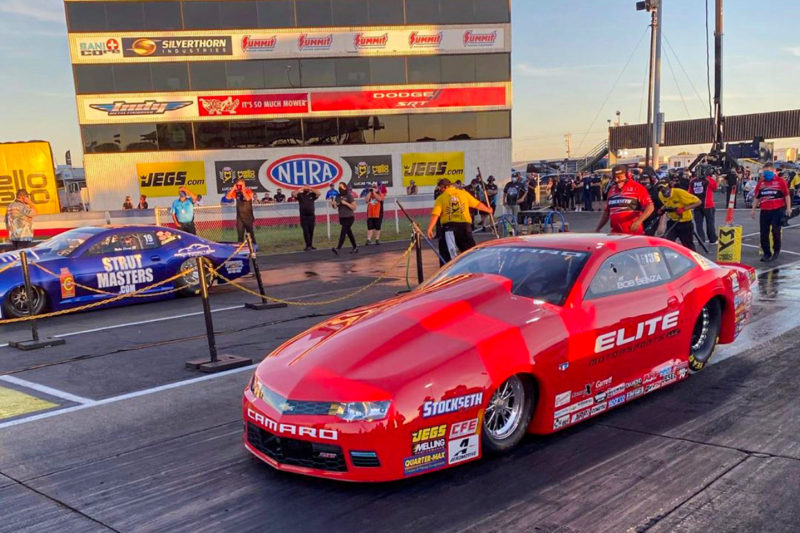 Enders, the reigning Pro Stock world champion, was featured prominently in Eric Trump’s video, as was Benza, who performed a burnout in his Chevrolet Camaro. For Enders, it was a thrill to spend some time around a member of the First Family.

“I’ve been friends with the Benza family for a long time and I consider them my New York family,” Enders said. “It was really cool to see how it all worked out. But what I learned was Eric was a drag racing fan even before this weekend. I feel like he was genuinely intrigued by the experience and spending the day with us.

“I was really blown away by how interested they were and how real they were. They were nice, funny people that enjoyed themselves and it was an honor to host them and get to know them.”

Trump’s down-to-earth demeanor was mentioned by several, and it was noticed when he arrived the night before. He conversed with the Elite Motorsports team members for a handful of hours that night at the hotel, arriving early at the track the next day to take in all the action.

He was greeted by droves of fans and racers, many who proudly displayed a Trump sticker on their car. It turned into a massive show of support for the Trump family and Benza came away impressed by the fanbase in drag racing.

“Obviously in a very politically charged climate as a nation, it was good to see the NHRA fans and the racers welcome him with open arms,” said Benza, a part-time Pro Stock racer who plans to race 6-8 times in 2021 with the Elite Motorsports camp.

“It was a great place to have him and he was just taking it all in and having a good time. I think it helped the NHRA and did a world of good to everyone there.”

And after Freeman watched Trump’s enthusiasm throughout the day, the team owner wouldn’t be surprised to see him in attendance at the next NHRA on the schedule, the Gatornationals at Gainesville Raceway on Sept. 26-28.

“He is absolutely a fan. He was talking like he wants to go to Gainesville. It’s all pretty cool,” Freeman said.