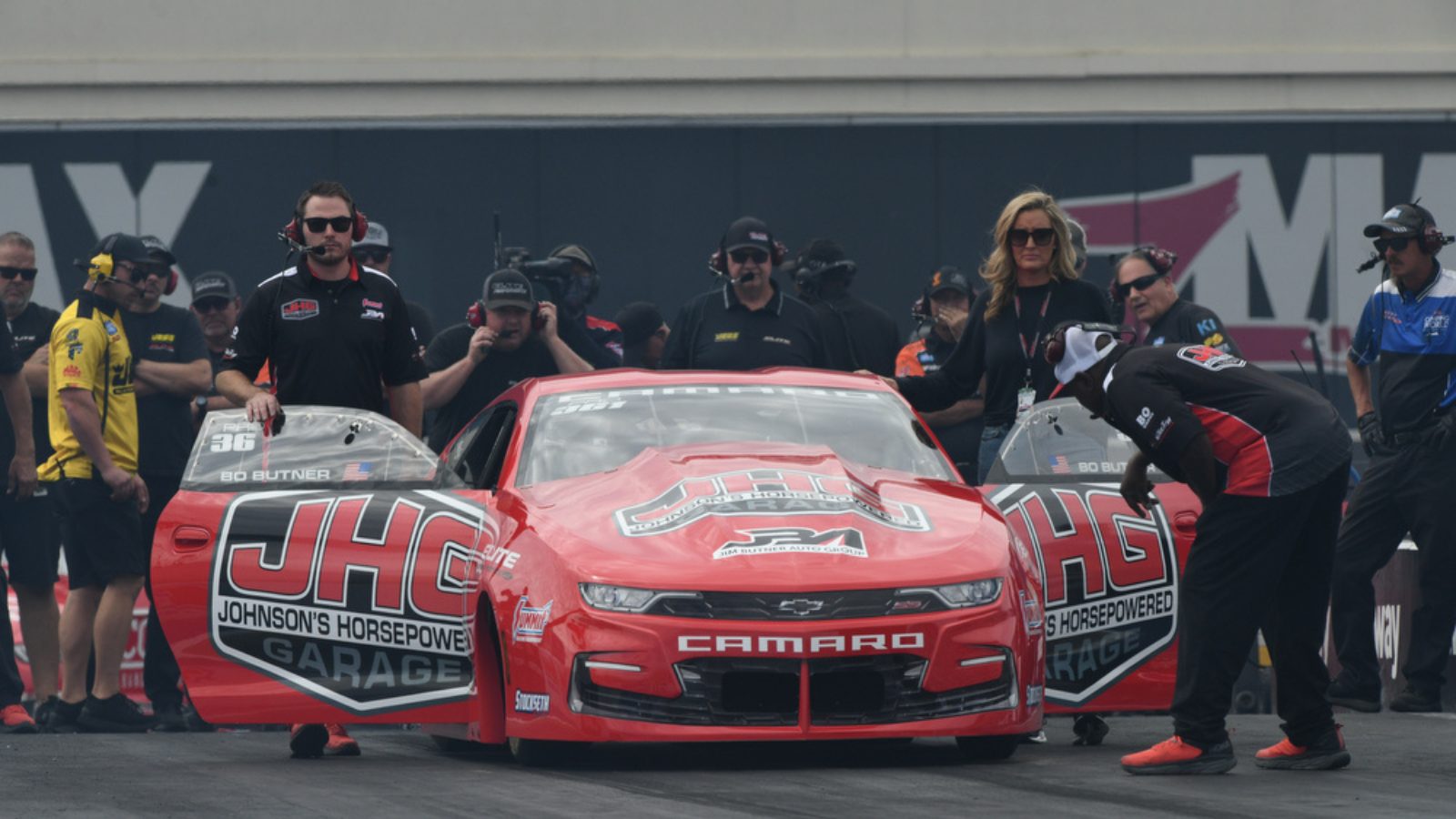 From start to finish, the Betway NHRA Carolina Nationals were a bit unkind to Bo Butner and the Johnson’s Horsepowered Garage Pro Stock team. Butner, a two-time world champion in the Pro Stock and Comp Eliminator categories, is eager to put the troublesome event in the rear view as the NHRA Camping World Drag Racing Series heads immediately to St. Louis for next weekend’s Midwest Nationals.

“We were really optimistic coming to this race after being No. 1 qualifier in Reading, because we knew we had a car that was capable of winning. We had that today, but it didn’t go our way,” said Butner, an 11-time Pro Stock winner on the NHRA tour.

Butner’s challenges in Charlotte began with the first round of qualifying, when he was forced to forfeit the run and any applicable data his team might have gathered as the sun shone directly on the LED staging bulb in the late afternoon at zMAX Dragway. He was timed out waiting for his opponent to fully stage and not being able to see that she already had.

That left him outside the field heading into the second day of qualifying, and his team tuned the #JHGDriven Chevy to a safe A to B run to get on the board. The final session allowed Butner his only true charge, and a 6.562, 210.01 that locked him in to the No. 13 qualifying position and a first-round meeting with Matt Hartford.

“I was excited for that round. Even though we didn’t qualify where we wanted, we know we can win from any position,” said Butner, who was 8-8 in elimination rounds against Hartford before their Sunday meeting. “It’s fun to race Matt, and we wanted to break that tie in our favor. Unfortunately, that’s not what happened.”

Butner’s Johnson’s Horsepowered Garage Chevrolet Camaro made the second-quickest pass of the round, a 6.553-second pass at 209.23 mph, but Hartford was quicker to leave the starting line and recorded a holeshot win with a .006 reaction time and 6.562, 209.62. Butner was a reasonable .031 on the tree.

“We’re not happy, but the really good news – and what’s keeping us all positive over here – is that we have such a good car,” said Butner. “This JHG Pro Stocker has really come around, and hopefully we can get to St. Louis and do better than we did here this weekend. I’m very grateful to all our guys and the Elite team. We’re looking forward to getting to this next race so we can take advantage of what we’ve got.”

The next race on the NHRA Camping World Drag Racing Series will be the NHRA Midwest Nationals in St. Louis at World Wide Technology Raceway, Sept. 30 – Oct. 2, 2022.