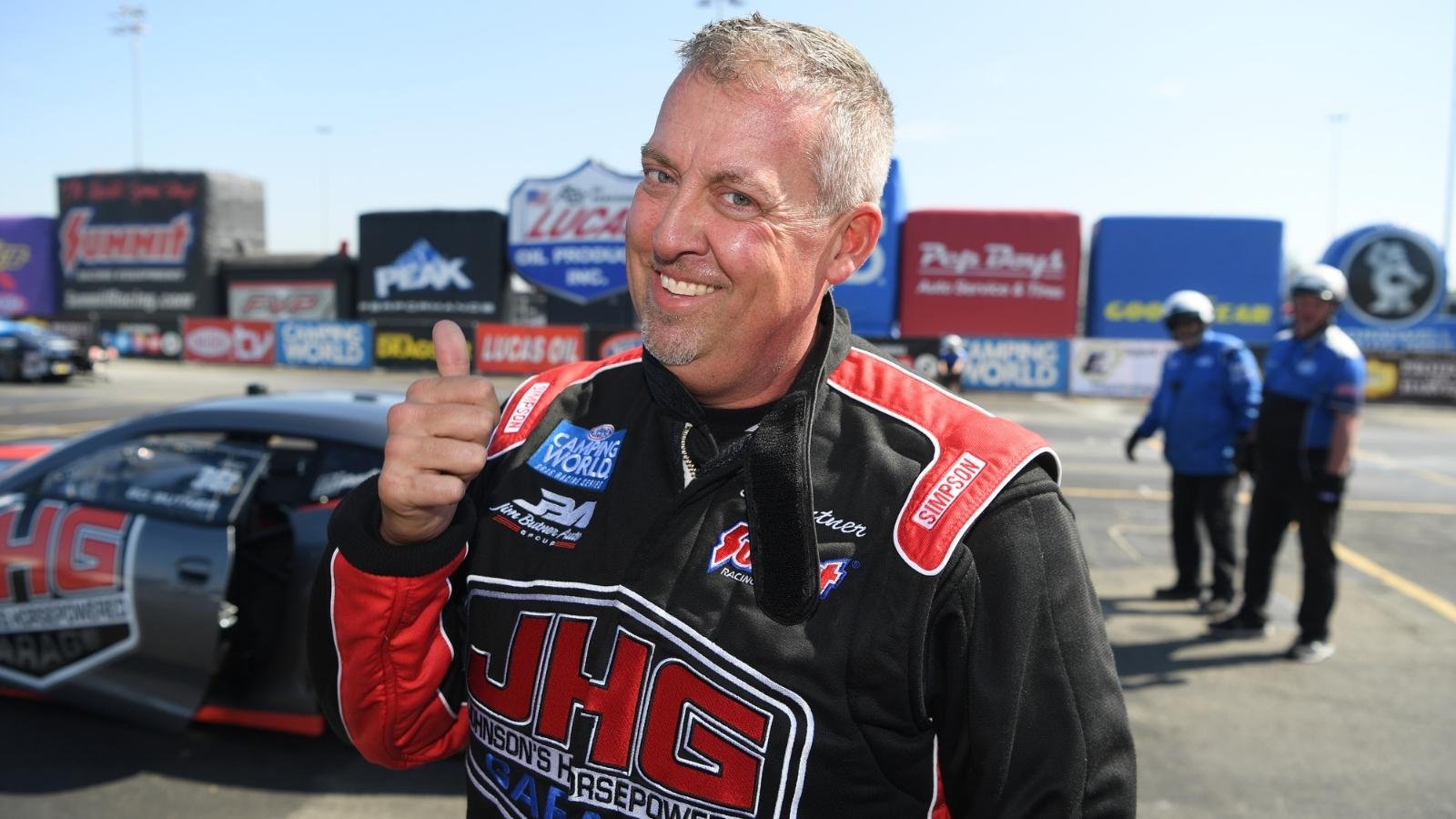 There is much to be said for patience and diligent effort in the face of defeat. Bo Butner and his Johnson’s Horsepowered Garage Pro Stock team showed that they know they’re almost to where they want to be, and they’re willing to continue pouring hard work and faith into their program. At this weekend’s DENSO NHRA Sonoma Nationals, the team claimed another round win following a strong qualifying performance.

In the first round of eliminations at Sonoma Raceway, No. 7 qualifier Butner was first off the starting line and first to the finish to claim the win light, despite an issue that caused him to slow to a 6.722-second pass at 179.59 mph. In the other lane, opponent Chris McGaha had trouble of his own and slowed to a 9.718, 94.07.

Butner returned to the Johnson’s Horsepowered Garage pit area still aglow with a bit of good fortune but also with the knowledge that the #JHGDriven team had a massive task on their hands: they were going to have to swap out the engine in the heart of the Johnson’s Horsepowered Garage Chevrolet Camaro, and the replacement was a bullet that had never been down the track before.

To make the challenge even greater, the turnaround between round one and round two was tight. The crew had to hustle, but they made the call.

“What an awesome team,” said Butner. “That was tough. You think you have enough time, but you’re pushed for time if you have even one little issue. We were first pair out for the next round, so we had to have it ready. But the JHG guys did it, and I can’t say enough about every guy on this team. They’re just awesome.”

“We need another run or two, because that’s a brand-new piece,” said Butner. “We have to get our tune ready on it, but they did a very good job. The JHG Pro Stocker is coming around, and it’s all going to start jelling here pretty soon. It took years to get the other two Elite cars fast [Erica Enders and Aaron Stanfield], but TJ [teammate Troy Coughlin Jr.] and I both really improved this weekend. It’s going to show the rest of the year.”

Enthused by the performance, Butner is looking ahead to finishing out the three-race Western Swing next weekend in Seattle at Pacific Raceways.

The next race on the NHRA Camping World Drag Racing Series 2022 tour will be the Flav-R-Pac Northwest Nationals at Pacific Raceways, July 29-31.