Under the sponsorship, Black Diamond Motorsports will prominently feature ACCCE logos on its Jerry Haas Race Cars-built Pontiac GXP and 2012 Camaro for drivers Kevin Bealko and John DeFlorian, respectively. Additionally, members of the Black Diamond team will be coordinating with ACCCE to both inform and educate Americans about the importance of coal-based electricity to our nation. 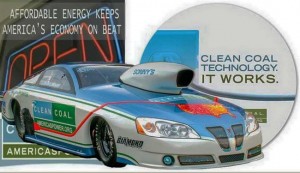 “We’re proud to partner with American Coalition for Clean Coal Electricity to continue to raise awareness for the importance of coal and how 21st-century coal equals jobs,” said Bealko, a coal mining executive and owner-operator of Black Diamond Motorsports.

“We are proud to be working with folks at Black Diamond Motorsports.  This level of grassroots support for the coal-based electricity industry is exactly what is needed to help keep America on track,” ACCCE Senior Vice President of Communications Evan Tracey added. 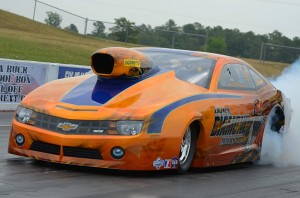 “Both of these leagues will be a great venue for Black Diamond Motorsports to reach out to American families about the important role that coal plays in delivering affordable, reliable power for American families and businesses,” Bealko said. “We’re excited to talk with all our drag racing fans about how coal keeps electricity affordable, reliable and increasingly clean.”

This year, “we have every intention to win a world championship for our new partner, America’s Power,” Bealko said.