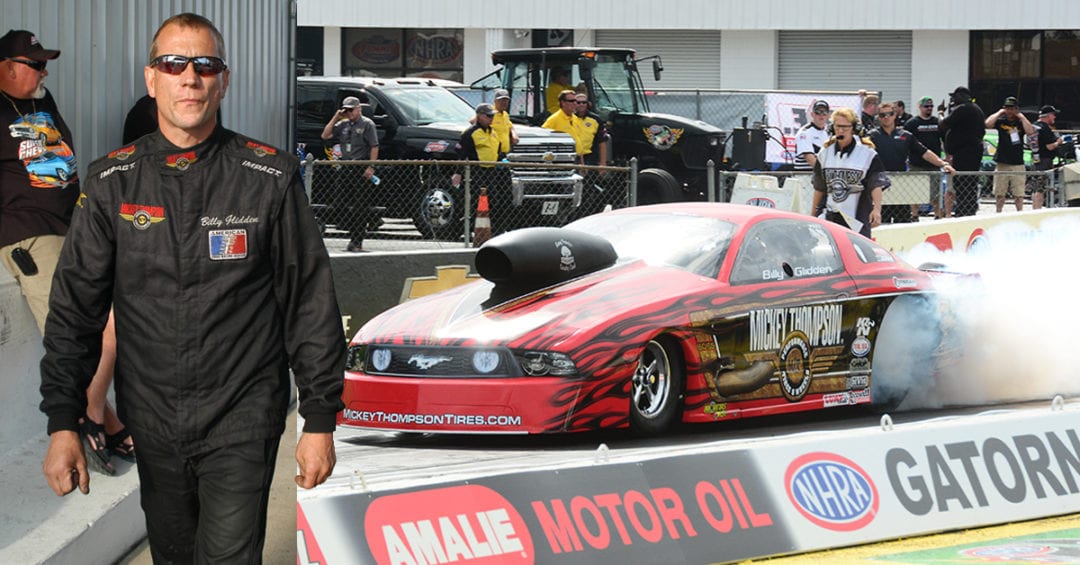 UPDATED 3:25 PM CST – In what is being described as a cordial, mutual split, Billy Glidden has confirmed that he will no longer serve as driver of Harry Hruska’s Precision Turbo & Engine NHRA Pro Mod Camaro – a much-talked-about partnership that was announced in late May.

“We’re just going our separate ways,” said Glidden, checking in from his shop at his home in Whiteland, Indiana. “Nothing exciting to report. It was a mutual thing; we just decided to go our separate ways.” 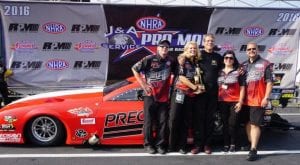 Glidden, who amassed an impressive 12-2 win/loss record behind the wheel of Hruska’s twin-turbocharged Camaro, took the win at the NHRA Summit Racing Equipment Nationals in Norwalk and established new career-bests in elapsed time (5.838-seconds) and speed (257.68), admits that the driver-tuner team certainly showed promise.

“Yes, sir,” said Glidden, when asked about his impressive win-loss record during his short stint in the Precision Turbo & Engine ride. “We made a lot of progress and I think we really had a lot going for us. It just didn’t work out. Now, I believe we’ll just roll out our tried-and-true Mickey Thompson Ford Mustang and go race.”

Hruska, owner of Precision Turbo & Engine in Hebron, Indiana, echoed Glidden’s sentiments that their arrangement had a lot of promise. Unfortunately, the extent of that potential will likely never be realized.

“I’ve got a ton of respect for Billy Glidden,” said Hruska. “I genuinely enjoyed racing with him and I think we’re both better for it – I really do. This isn’t the way I wanted this to go – that’s for sure – but we both agree that it’s for the best. I’ve known Billy for a long time, but this process helped me get to know him a lot better, and I found that he’s a truly great human being. He’s a great guy. I want nothing but the best for him.”

Admittedly, Glidden and Hruska are independent thinkers and racers who are used to calling the shots on their respective programs.

“It’s hard,” continued Hruska. “You do things your own way for so long – and have a lot of success along the way – and it’s very difficult to try and do things any differently. Again, we didn’t set out looking for this to happen, but it is what it is. We should know more about the direction we’re going to go in the next 48-hours.”