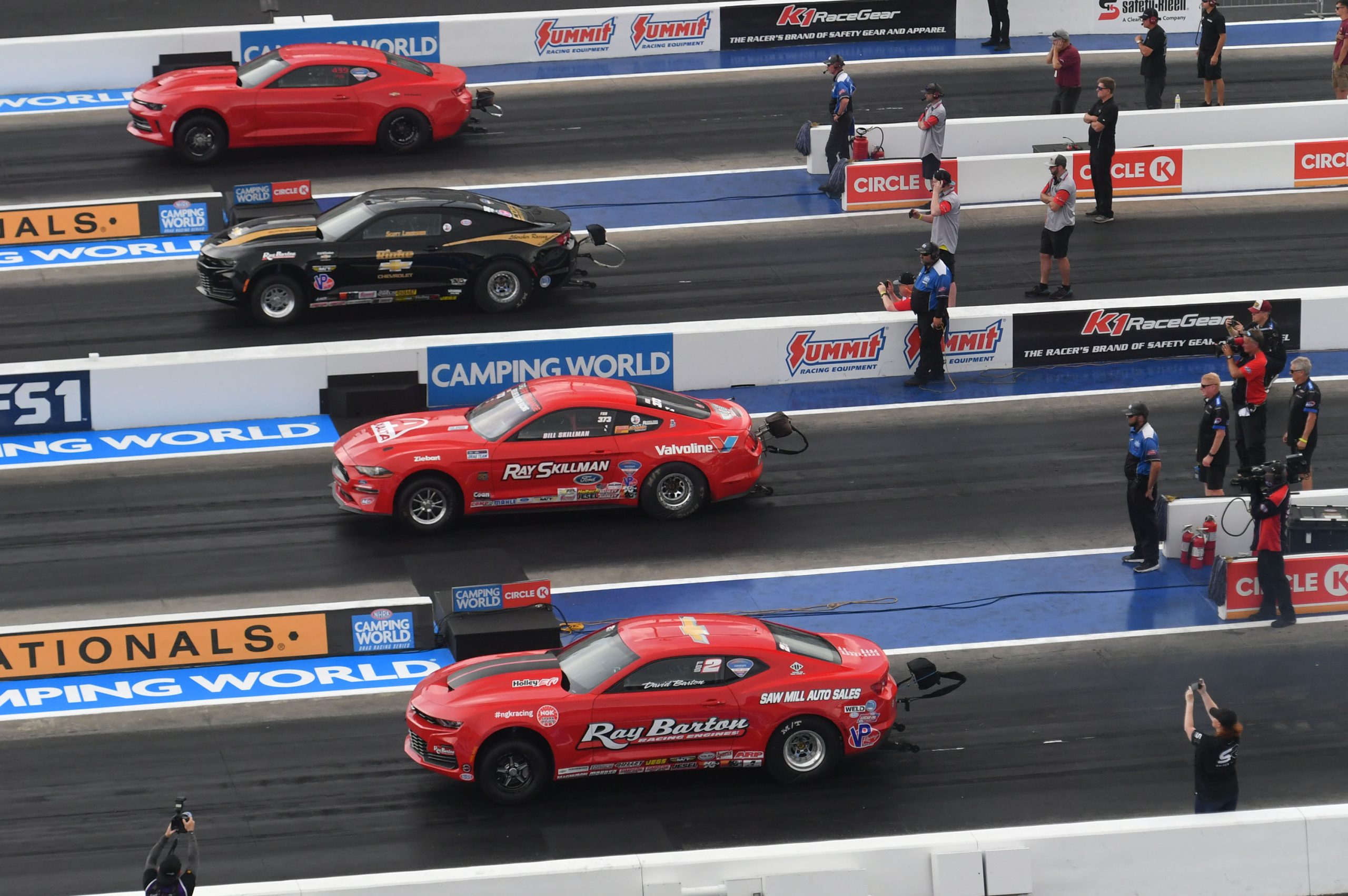 “Coming out here racing four-wide, it was awesome. I really thought every quad that I ran in from qualifying up, everybody did a great job. I was really, really impressed with the guys as we went through the quads,” Skillman said. “It was awesome, my team, my God, I can’t even tell you what a great job those guys do. They crushed me, I was pitiful on the tree all day today, but I got a fast hot rod here. We struggled mightily when we got here but they just kept picking away at it today and they did a wonderful job.”

In the first round, No. 1 qualifier Geoff Turk and his Wild Turkey Engineering Dodge Drag Pak would go 7.792-seconds at 180.21 mph to win the quad while Skillman took his Ray Skillman Ford Cobra Jet to a 7.784 second pass to advance.

In the second round, Skillman would reach the finals off his 7.828-second run at 178.33 mph along with quad winner David Barton and his Saw Mill Auto COPO Camaro’s 7.864 at 176.56. On the other side of the ladder, Stephen Bell would come up with the win going 7.838-seconds at 175.78 mph in his Stanfield Racing Engines COPO Camaro along with Scott Libersher’s Mickey Thompson COPO Camaro’s 7.851 at 175.87. 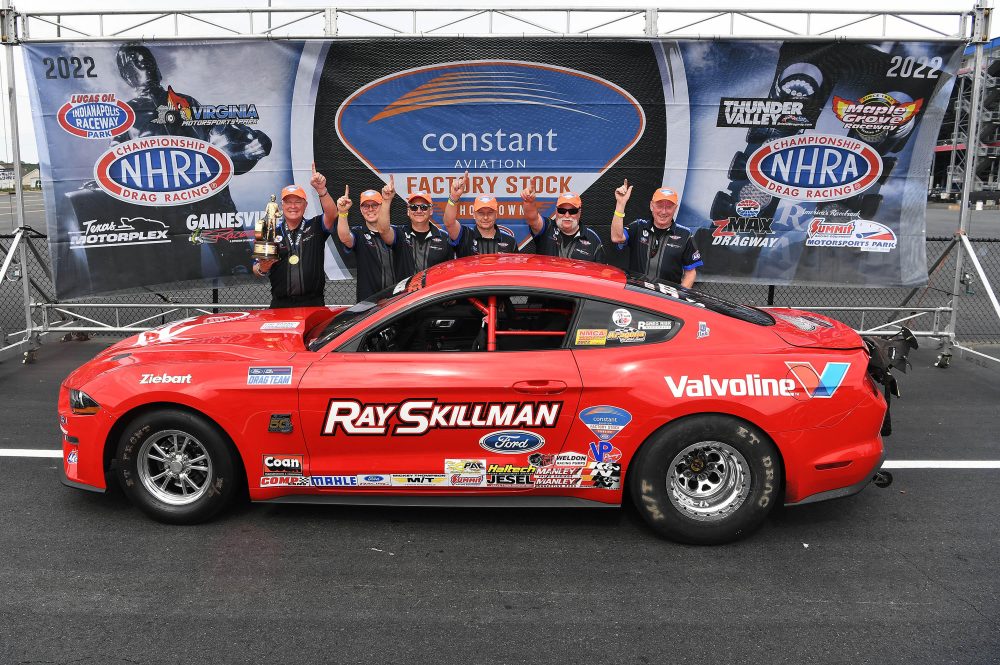 In the finals, Skillman, surrounded by COPO Camaros, would leave the line last but would reach the line first with Barton slowing near the end of the run. Libersher found issues at about 100 feet and Bell was not able to keep up.

Previous event winner Lenny Lottig would have his run at back-to-back victories come to an end in the second quad. Stephen Bell would win the round and take Lottig to earn the $1,000 bounty.

The ongoing battle between Chevrolet COPO Camaros, Ford Cobra Jets and Dodge Challenger Drag Paks will pick up the weekend of May 13-15 at Virginia Motorsports Park for the Virginia NHRA Nationals.