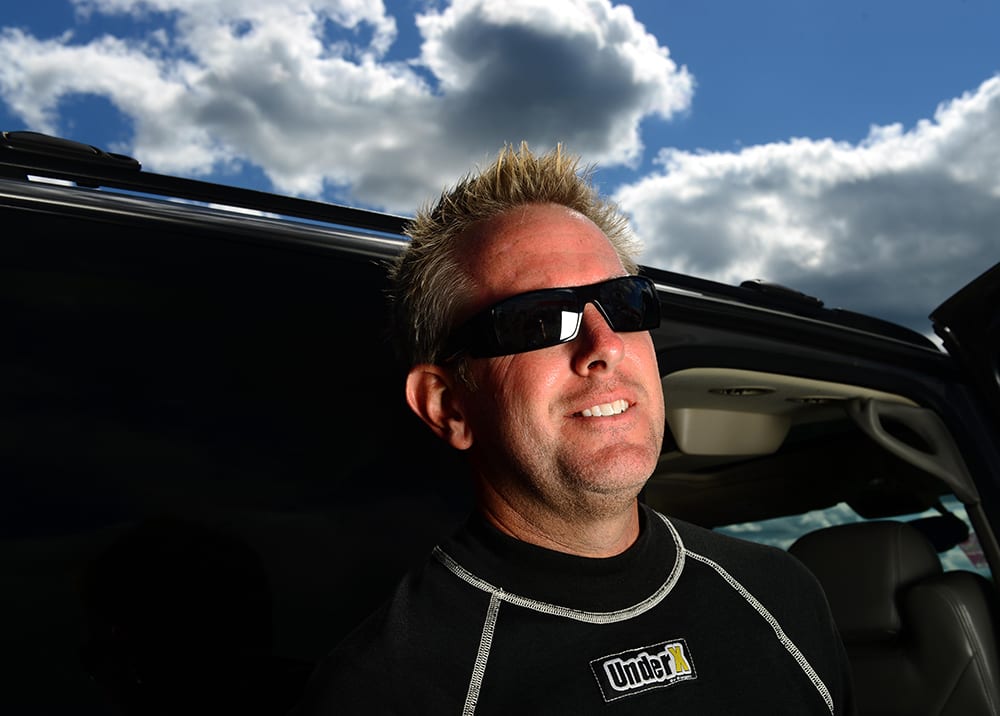 Following in his father’s footsteps, Tommy Johnson Jr. had been around racing his entire life. He quickly worked his way up to pilot of Top Fuel Funny Cars and Dragsters. He’s 1 of just 18 to qualify number one in both categories. He was a regular finalist for two decades, winning events in seven different countries. But things changed in the blink of an eye, and Johnson found himself without a ride for a few seasons.

“I’m probably awfully boring away from the race track because I’m constantly, 24/7, thinking about racing” Johnson admits. “The older I’ve gotten, the more I’ve tried to enjoy other things, but I still haven’t found another passion. I like other things, but nothing gives me the satisfaction racing does.

“I’m getting better,” he says, laughing. “[Being out of the seat] was pretty tough, having to spend your time watching people do what you love to do. It was a bit of shock, because it’s something I had done pretty much all my life and all of a sudden, it’s gone. You have to be creative. It also checks how bad you want to do this. What are you willing to do to be able to do this again? I did a lot of jobs I didn’t like and didn’t want to do, but I did whatever it took.”

Since returning to full time competition in 2014, Johnson has made the most of every opportunity. As pilot of the Make-A-Wish Dodge Charger Funny Car for Don Schumacher Racing, Johnson finished third in 2014 and 2015 NHRA championship points standings. He recently scored his 13th national event win at the Thunder Valley Nationals at Bristol Dragway in June of this year.

“I don’t think you take [racing] for granted as maybe you would have in the past,” Johnson says, reflecting on how his stint away from the driver’s seat altered his perspective. “You definitely appreciate every weekend, every race, every run. And, it’s not that you try harder, because you’re always trying, but I’m probably a more dedicated driver now just because of the fact I know it can be gone so quick. I pay attention to the smaller details more.”

There’s one thing for sure: Tommy Johnson Jr. and drag racing are better together.