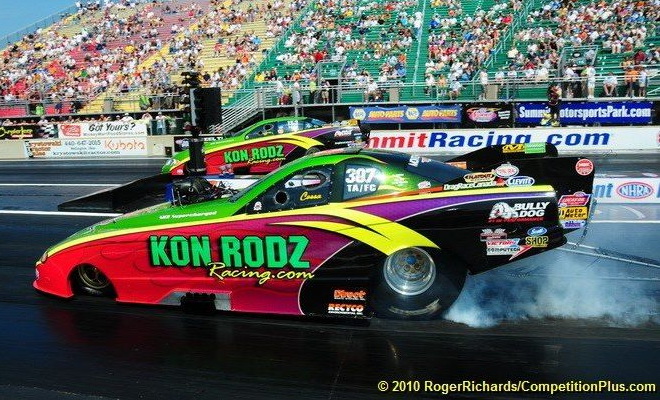 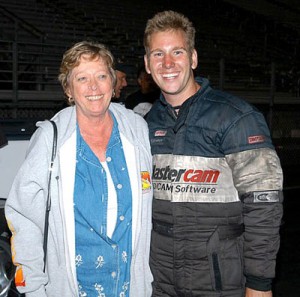 A second-generation racer, Bellemeur has extensive driving experience in everything from Jr. Dragsters to front-engine Nostalgia Top Fuel dragsters. Most recently, he has been the driver of the MasterCam Camaro Top Alcohol Funny Car. He will continue to drive that car at select events, splitting his schedule with the Kon Rodz Team.

“The opportunity to drive and collect points on both ends of the country in two of the best Top Alcohol Funny Cars out there is almost overwhelming to think about,” said Bellemeur.

“I’m excited to get started representing Spiro Kontos and the team’s loyal sponsors. I’m also very excited to continue to work with Randy Anderson. I’m very blessed to have this opportunity.”

Bellemeur replaces Cassie Simonton, who had been the team’s driver since 2009.

“We are committed to building a program that is capable of contending for both race wins and national championships,” said SK Racing founder Spiro Kontos.

“In order to achieve those goals it is sometimes necessary to make difficult decisions and this was definitely one of those. Although this was a tough decision, it was one that I felt needed to be made. Cassie will always have a place in our organization.

“Looking forward, we are very excited to have Sean as a member of our team. He has proven himself as a very capable driver in a variety of cars and we believe that he provides the best chance for us to get our long-awaited first NHRA national event victory.

“Our goal is to continue to represent our sponsors in a professional manner and to our best to put Sean in a position to contend for the NHRA Top Alcohol Funny Car championship.”