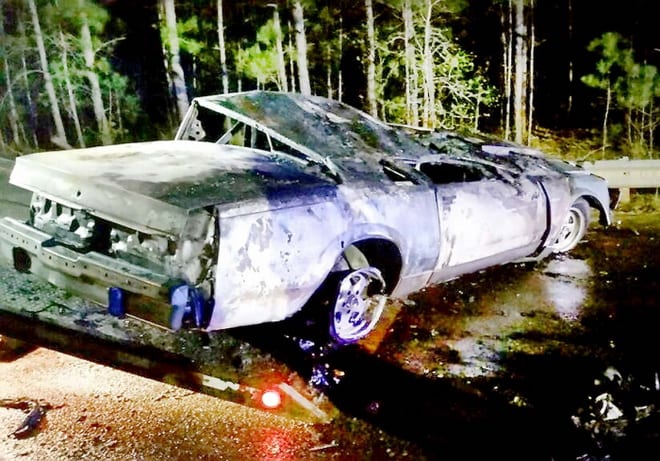 On Friday night, March 18, 2016, two grudge car racers— local Eldred “Baybay” Yarbrough and Alberto “Berto” Elizalde, of Dallas, Texas—received their most memorable lessons in racing about 10:30 p.m. at Headhunters Motor Club Dragway in Eatonton, Georgia. It was a race neither driver will ever forget—ever—complete with the hardest of lessons drag racing has to offer. 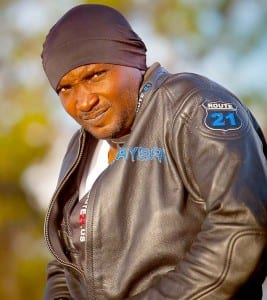 Berto, driving his “Bu-Lee” drag car, a ‘79 Chevy Malibu, SBC with juice, representing Hood to Hood Racing was in the left lane, and Baybay was in the right lane driving the “Work Money Racing” Buick Regal. Both were ready to school the other, but fate had its own lessons to be learned this night.

At the flash of green, Alberto launched first by a sizable amount and extended that lead as the race unfolded. How quick the reaction time was we’ll never know with the clocks turned off for grudge racing. At the top end, Berto had a good view of Baybay in his rear view mirror, his lead was that sizable, but what he saw was something no racer wants to witness.

“I saw his car get loose, like just after the finish line and I saw him hit the guard rail. Then the car started to roll and catch fire,” Berto stated in a post-race interview. The distraction was a costly one for him. Alberto had just crossed the eighth-mile finish line himself and instead of concentrating on bringing his own car to a safe stop he got caught up gawking in the mirror, costing himself precious seconds of shut down time. “I barely got my car stopped in time” he said. “I stopped right at the end just off the track in the grass.”

What he did next is perhaps the best lesson learned from this race. Berto performed a hurried kind of three-point turn, then drove back up the race track, the wrong way, to the crash scene. “I parked my car kind of diagonal to the wreck and jumped out to help the other driver, his car was upside down and in flames everywhere. He was trying to get out of the wreck on fire.”

Though disoriented by slamming into the guard rail and the resulting the rollover, Baybay retained the presence of mind to release his harness. The driver’s side door was jammed shut by the crash, however, so he was trying to crawl out by the rear of the car while consumed by flames. “I just ran to him and pulled him out of the wreck. He was on fire and I started trying to pat him down,” Alberto recalled.

Berto had his fire suit on, but forgot to don his gloves in the pre-race adrenaline rush to the starting line. No matter, he continued to pat down the burning driver—with little success. “I don’t know what was on him, but he kept reigniting. So I just grabbed him and we started rolling.” The track services team arrived on the scene shortly thereafter and with chemical fire extinguishers put Baybay’s flames out.

Baybay was removed from the track by ambulance and then a Life Flight later took him to the Augusta Burn Center where he was initially diagnosed with burns over 90 percent of his body. Alberto, who was burned on both hands, was treated by the ambulance team and while offered a trip to the hospital, he declined.

The hard lessons from this race are clear. In drag racing every pass is dangerous and you’ll never know just how dangerous it is until you get there. Be alert as anything can and will happen sooner or later. Safety gear and safety standards are not accessories, they’re necessities. As noted by Alberto in his assessment of Baybay’s crash scene when he arrived it at “That car’s roll cage definitely saved his life.”

Baybay’s quick action to extract himself from his seat and try to find his way out of the burning wreckage was the single biggest factor in saving his life. That he had the presence of mind to find a window and try to crawl out made his extraction from the wreck much faster. Alberto’s selfless actions with no regard for his own personal safety exhibit the best in humanity; he crawled into the danger zone to help save another driver, and then sacrificed his own skin to save another’s. Lesson learned: do unto others as you would have them do unto you.

Interested parties who wish to donate to the Baybay Yarbrough recovery fund may do so at: https://www.gofundme.com/qzvacgv8.