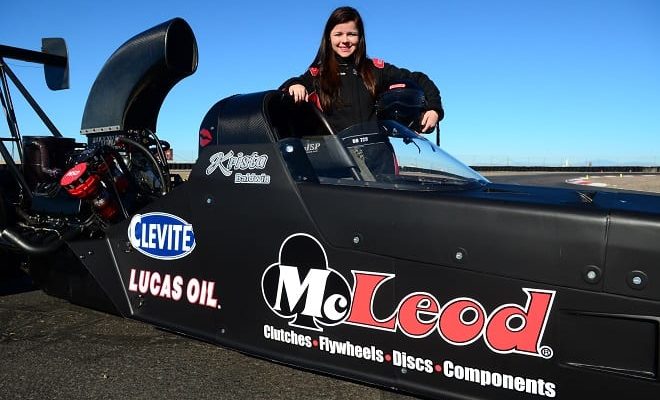 Krista Baldwin will begin her sophomore season of Top Alcohol Dragster at the NHRA season opener, Circle K WinterNationals, February 9th to 12th. Baldwin welcomes new partner, Baldwin Filters, to her racing organization for 2017. She will be in the seat of Anthony Dicero’s A/Fuel Dragster. McLeod Racing will also return to support Baldwin during the season. 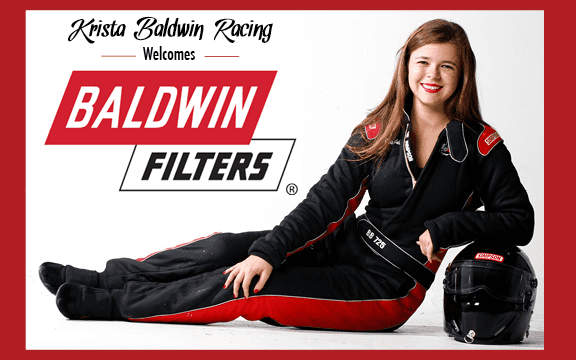 Baldwin Filters will make their NHRA drag racing debut with the 23 year old. Baldwin Filters is based in Kearney, Nebraska and is one of the world’s leading manufacturers of engine/mobile filtration products. Baldwin manufactures more than 5,000 different filter products and has manufacturing and distribution locations all over the world.

“Krista Baldwin and her family have a long history in the racing community,” says Lisa Mills, Marketing Communication Manager of Baldwin Filters. “Like the Baldwin family, Baldwin Filters is proud of our past and we are excited to team up with Krista at the Circle K NHRA WinterNationals.”

The third generation driver will campaign the company on Anthony Dicero’s dragster.

“I am so excited to be partnered up with a world-class company,” says Southern California native, Krista Baldwin. “Baldwin Filters is top notch company and they deserve to be on a winning car. My rookie year was great, but I know that we can improve and we won’t stop until we get to the top. Also it’s fun to have a partner with a great last name.”

Baldwin plans to make a few appearances on the NHRA tour this year. She will also be supported by McLeod Racing for the year.

“Paul Lee has been so supportive since I have made the move to the Top Alcohol Dragster ranks,” says Baldwin, Creative Director of McLeod Racing. “He is truly a mentor and I wouldn’t be able to chase my dream without his help.”