A parent’s worst nightmare is a knock on the door from a police officer to tell them their child has been injured. It’s a scenario that flashes through parents’ minds often, but especially around the time they get their driver’s license and hit the road for the first time.

While getting their first set of keys is no doubt an exciting moment for the whole family, it also brings a bundle of nerves to parents who are now more worried than ever about their kids. Even if you think they’re a great driver, there are still things they haven’t experienced behind the wheel before. 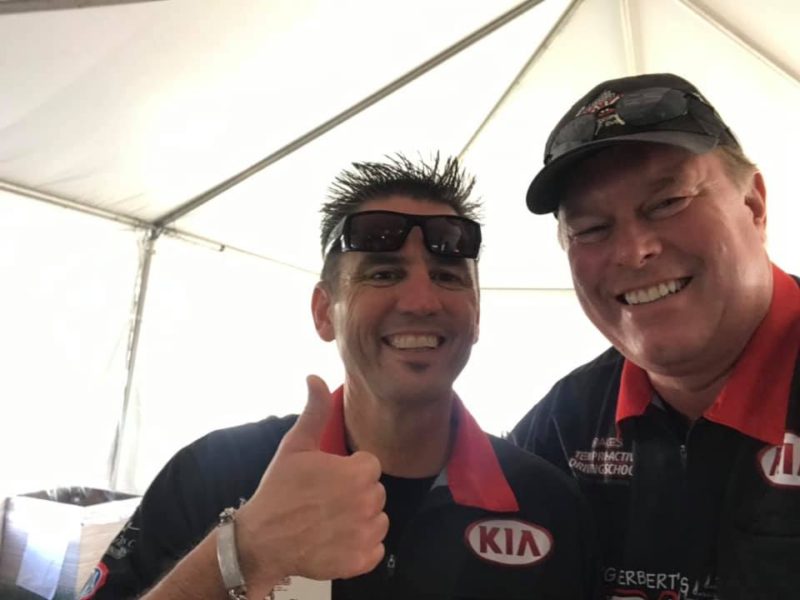 Doug Herbert is one of the unfortunate parents who had to deal with this nightmare scenario when his sons Jon and James were killed in a car crash in 2008. For Herbert, who at the time regularly competed in his NHRA Top Fuel dragster at speeds well over 300 mph, it seemed like it just couldn’t be real. And he had no idea that car crashes were the No. 1 cause of death for teenagers. At that time, more teenagers were dying in car crashes than the next four causes of death put together. It’s then that Herbert decided that he had to do something – he had to teach teenagers how to drive safer.

Herbert’s initiative resulted in a program you’ve likely heard of before – B.R.A.K.E.S., which stands for “Be Responsible and Keep Everyone Safe”, a national teen defensive driving program. And if you haven’t heard about it, you’re going to want to educate yourself, and everyone you know, about what the program is and how it’s helping teenagers across the country become better drivers and stay safe on the road.

“My initial goal was to train my boys’ friends to be safer. In 2008, we trained about 50 of their friends. It was actually the kids in my son’s class that came up with the name and the logo for the program.”

As the program started expanding, Herbert sought out help from some friends in the racing and law enforcement community. Bruton Smith, owner of zMAX Dragway outside of Charlotte, North Carolina, let Herbert use the pit area at the track for some of the first classes.

The program first started at looking to what causes crashes and what kinds of exercises can help teenagers better handle those situations. And Herbert’s classes were a hit, not just with the students, but with parents lining up wanting their children to take the class.

“After we did the first 50 teenagers, I had close to 100 families who wanted me to do it again. And every time we did a class, we had twice as many people as before. It really snowballed from there,” Herbert said.

The class has grown exponentially, and at the beginning of this year teens who have graduated B.R.A.K.E.S. were 64 percent less likely to be in a crash in their first three years of driving, no doubt some pretty astonishing statistics. This month they’ll surpass 40,000 kids who’ve taken the class. That’s 40,000 kids who are safer drivers on the road.

The class has been such a hit in part because it’s super interactive, and because they’re learning from some of the best drivers in the world.

“What we do is one-on-one,” Herbert says. “Each teenager has an instructor and they’re learning behind the wheel instead of in a classroom. It’s an intensive skills training course. The level and quality of instruction is something that I won’t ever change. I feel like that’s the most important thing, and that’s why we’ve been effective.”

The program utilized vehicles provided by Kia Motors and offers teens extensive behind-the-wheel instruction from professional trainers including current and former law enforcement officers as well as professional race car drivers, teaching the teens and their parents how to be safer on the road. Exercises include Distracted Driving Awareness, Panic Braking, Crash Avoidance, Drop-wheel/Off-road Recovery and Car Control/Skid Recovery.

The program now has a pool of nearly 200 instructors across the country. Each weekend they usually host two classes – one on the West Coast and one on the East Coast, and each class will have about 25 instructors present. And some of those instructors include three-time NHRA Mello Yello Series Top Fuel champion Larry Dixon and fan-favorite NHRA racer Clay Millican.

“I’ve had the fortune of knowing Doug since high school, both as a fellow competitor and as a friend,” said Larry Dixon. “Doug and his team have also taught two of my children, so I am equally as impressed as a parent. I’m proud to join this great organization and use my platform to help spread the word about the B.R.A.K.E.S. program, which has saved countless lives.”

And if you’re wondering why Herbert is partnering with long-time rival Clay Millican, don’t worry, the drama on that front has been over for quite a while.

Known for their staging duel and eventual shoving match at the 2002 Reading event, Millican and Herbert were fierce enemies on, and usually off the track. But time passed and the two became friends, even closer after Milican’s son Dalton died in a motorcycle accident in 2015. 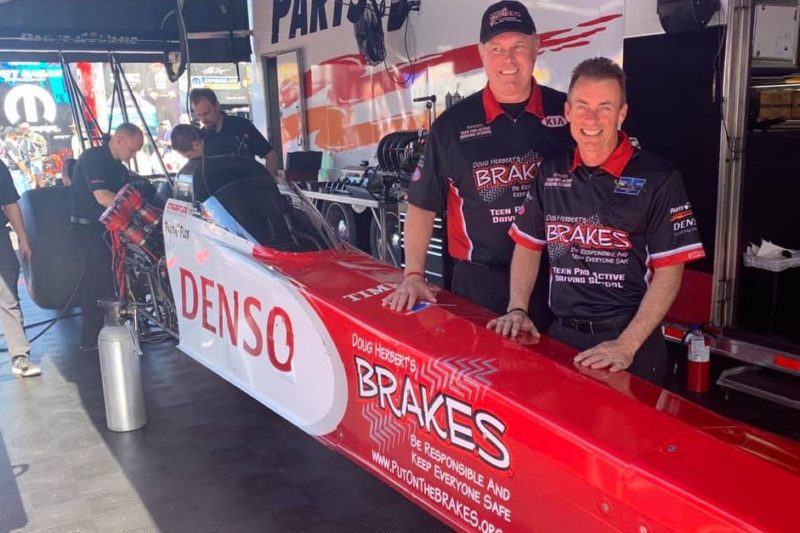 “I had gotten over being mad at Doug when he lost his sons, and he flew down immediately after we lost Dalton,” said Millican. “Doug is doing some amazing work, and I’m just a small part of it. Doug does it every weekend and he’s making a huge difference. I say that if you have a teenager and you haven’t taken them to B.R.A.K.E.S., you’re a bad parent. It’s that important. It’s that good of a school. You must take a teenager you know to a class near you. It could help save their life.”

The B.R.A.K.E.S. program will likely keep expanding across the U.S., especially with the lives of children and parents they’re constantly impacting.

Herbert says, “We get feedback almost every day at their offices telling them how their son or daughter got in a near-miss situation or got into a crash but avoided being killed from something that we taught them. Just one child learning something from our program that saves their lives is beyond satisfaction.”

For more information or to register for a B.R.A.K.E.S. class, visit www.putonthebrakes.org.