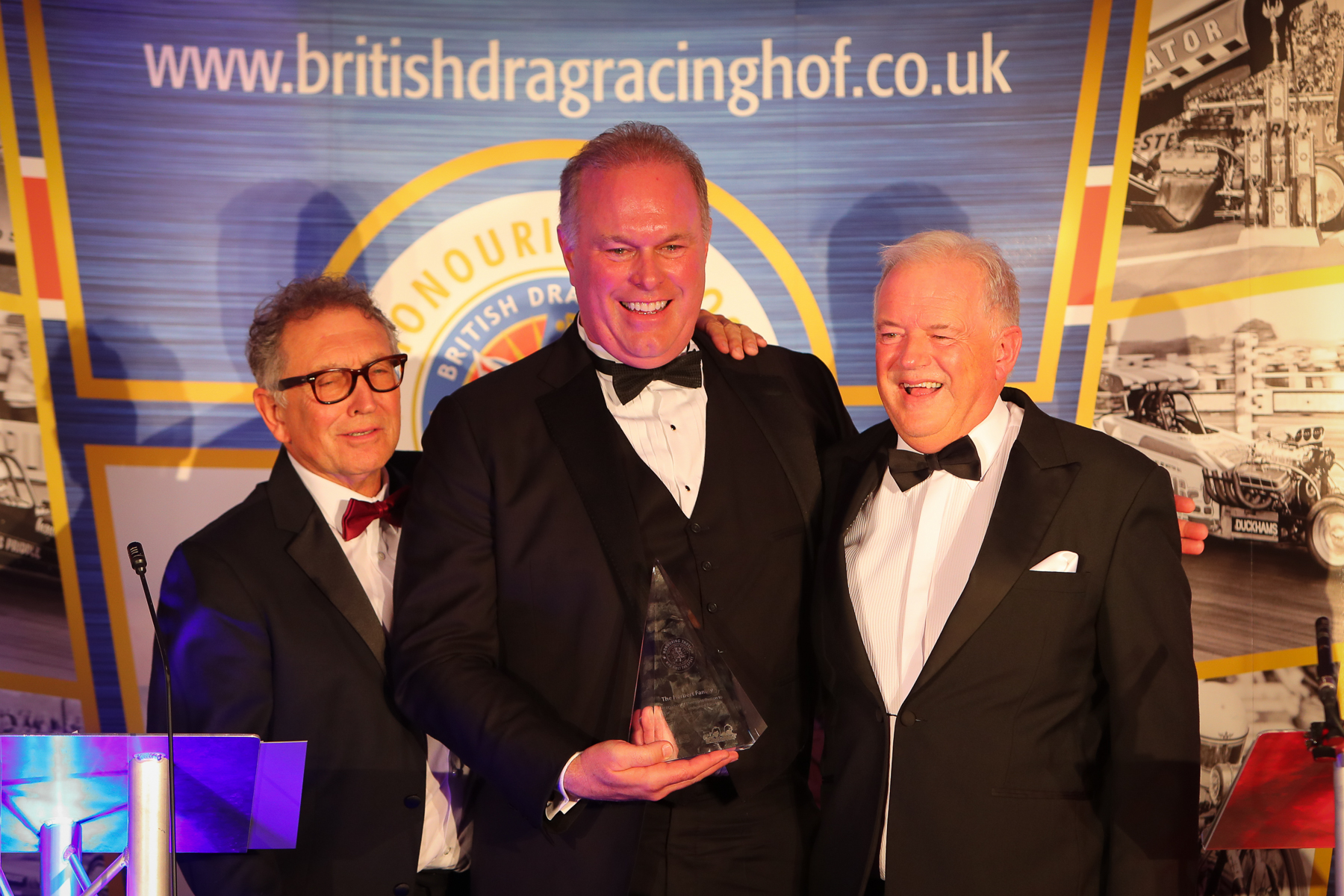 Doug Herbert, the multi-time Top Fuel drag racing champion and founder of the B.R.A.K.E.S. (Be Responsible And Keep Everyone Safe) national teen defensive driving program founder has received a special honor by the British Drag Racing Hall Of Fame (BRDHoF).

The presentation was made during the organization’s annual Gala at the historic Outlands Park Hotel in Weybridge. 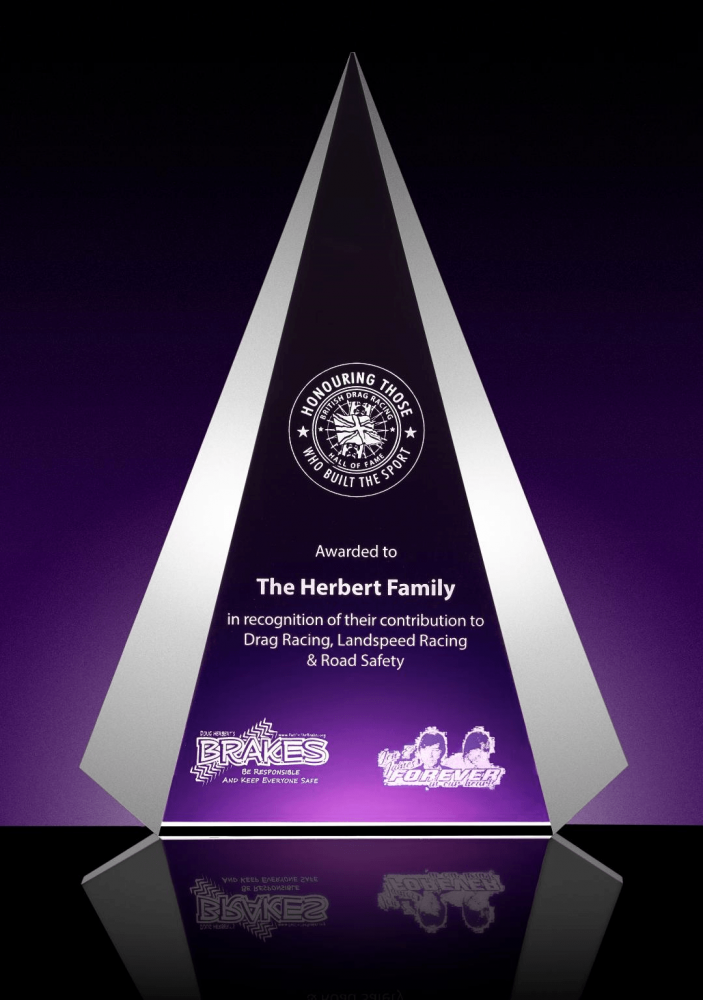 “Doug himself has won four IHRA Top Fuel championships at 10 NHRA national events,” Bradbury continued. “This award also recognizes and honors Doug’s his decision to establish the B.R.A.K.E.S. teen defensive driving program following the tragic deaths of his two sons is saving countless lives by training and educating teen drivers and their parents about the importance of safe, responsible driving.”

Established in 2008 following a tragic car crash that took the lives of Herbert’s sons Jon and James, the GuideStar Platinum-rated 501(c)(3) non-profit is supported by official vehicle partner Kia Motors America and several other corporate sponsors, major donors and grant providers.  Herbert developed the free lifesaving defensive driver training program to address the number-one cause of death among teens – car crashes – helping to improve road safety for all and prevent other parents from facing the heartbreak of losing a child.

Having surpassed 40,000 teens trained last month, the program is on pace to exceed last year’s record participation of approximately 5,900 teens and more than 6,300 parents taking part in the life-saving program, B.R.A.K.E.S. continues to offer comprehensive sessions for teens and their parents at locations throughout the United States.

“I am deeply honored to have been recognized by this influential organization, which has had such an impact on the growth of drag racing throughout Europe,” said Herbert.  “This visit to the U.K. was also especially significant, as it provided an opportunity to meet with iAM RoadSmart and learn more about their vision in making European roads safer.”