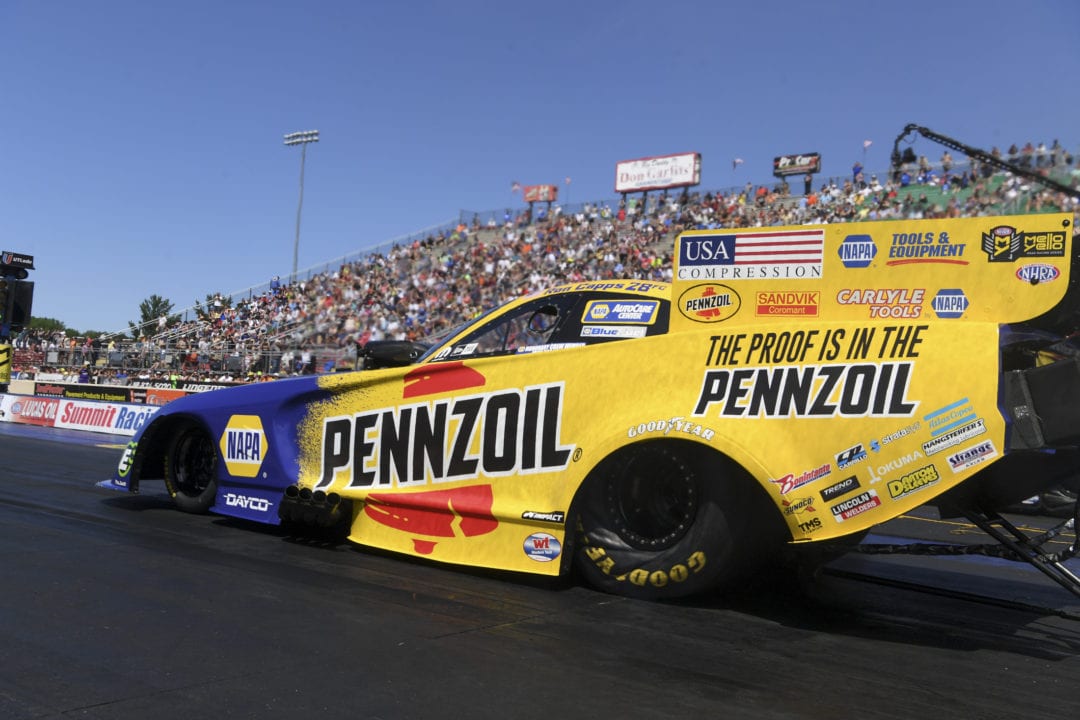 B. Force picked up her fourth No. 1 qualifier of the year in her Advance Auto Parts dragster when her run of 3.712-seconds at 328.38 mph from Friday night held up to seed her atop the Top Fuel category.

“I’m feeling confident going into this weekend,” B. Force said. “We stayed after in Bristol and we tested all day on Monday, hoping to find some things and figure it out before coming out to the last of this four in row. That second (qualifying) run was a beautiful run. Putting a 71 on the board was just awesome.” 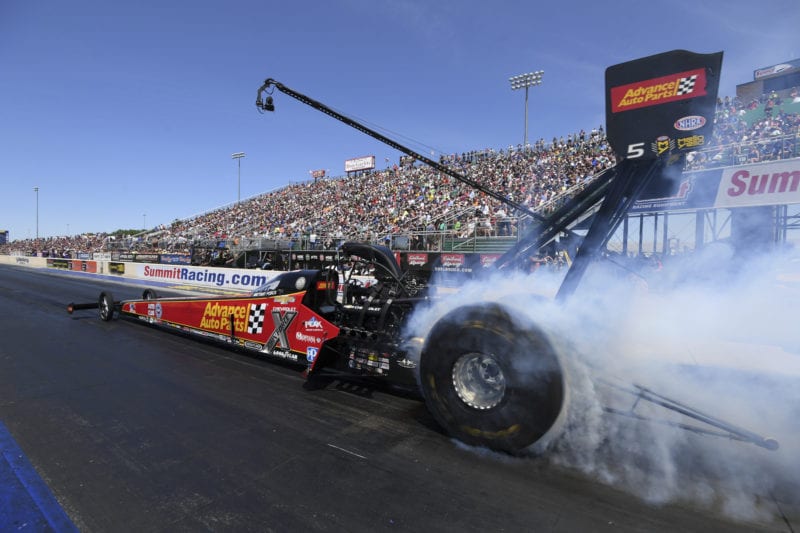 Capps snagged his first No. 1 qualifier since the final event of 2018 in Pomona in his Pennzoil Synthetics/NAPA AUTO PARTS Dodge Charger SRT Hellcat when his 3.879 lap at 329.18 from Friday night held strong to place in front of the Funny Car division.

“It’s so much fun right now,” Capps said. “Obviously we don’t want to get overconfident, the Funny Car class is so tough right now. Right now, most Funny Cars you can count ten of them who are a couple runs away from standing in the winner’s circle and it’ll get tougher after the summer months, which makes this even more special right now. Everyone went up there to throw down and take the No. 1 spot. We’re just having fun right now.”

For the first time this season, Kramer picked up the No. 1 qualifier in Pro Stock when he drove his American Ethanol Chevy Camaro to a 6.559 at 210.18. Kramer is also the most recent Pro Stock winner on tour.

“We made a good run,” Kramer said. “We went back, we looked at it, we thought we could have been a little better. Ultimately, that’s our goal at the end of week, whether we qualify No. 1 or we qualify No. 16, we want to look at our runs and want to make sure they’re the best we can do. And tomorrow, I think we have the opportunity of going a couple of rounds and improving on what we’re doing.”

Right behind Kramer is Matt Hartford in second who also ran a 6.559 but at a slower speed of 209.59. Chris McGaha sits third. 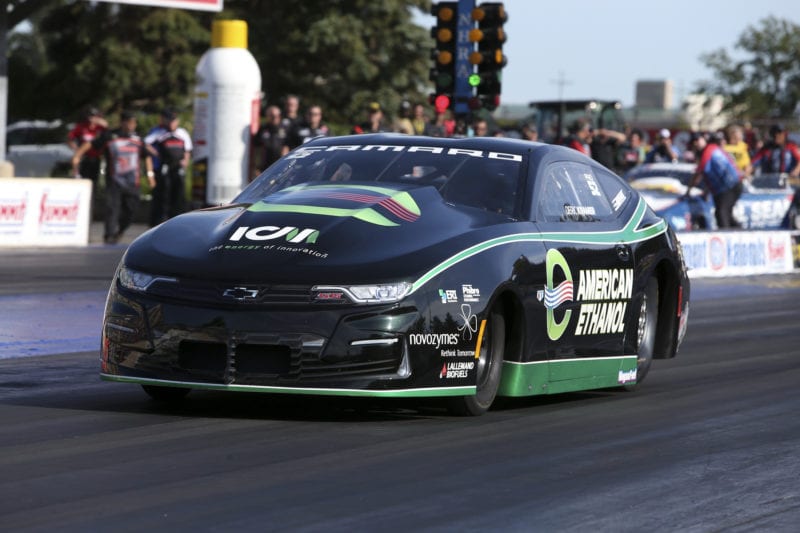 Defending event winner Krawiec secured his third low qualifier of 2019 and third at Summit Racing Equipment Motorsports Park on his Screamin’ Eagle Vance & Hines Harley-Davidson with his lap of 6.843 at 197.45.

“I’ve got a great motorcycle currently right now,” said Krawiec, the defending event winner. “It just made a good clean run down the dragstrip at Summit Racing Equipment Motorsports Park. My run today, we kind of missed it a little. The track was a little tricky. It’s really important to have a good motorcycle on Saturday because then you kind of know what to expect Sunday. It’s nice to have a green (No. 1 qualifier) hat today, but, man, you want a yellow (winner) hat tomorrow.”

Reigning champion Matt Smith is second with his 6.848 lap while Andrew Hines, the points leader, is third with a lap of 6.852.

In the E3 Spark Plugs Pro Mod Drag Racing Series Presented by J&A Service, Mike Castellana picked up the No. 1 spot with his 5.701 pass at 252.71 in his Al-Anabi Performance Camaro.

“From (not qualifying) earlier this season to qualifying well in Bristol and here, I couldn’t be happier,” Castella said. “We don’t have any quit on our team and I know we’ve got the car to beat going into raceday tomorrow.”

The reigning Pro Mod champion Mike Janis is in second while Sidnei Frigo rounds out the top three.