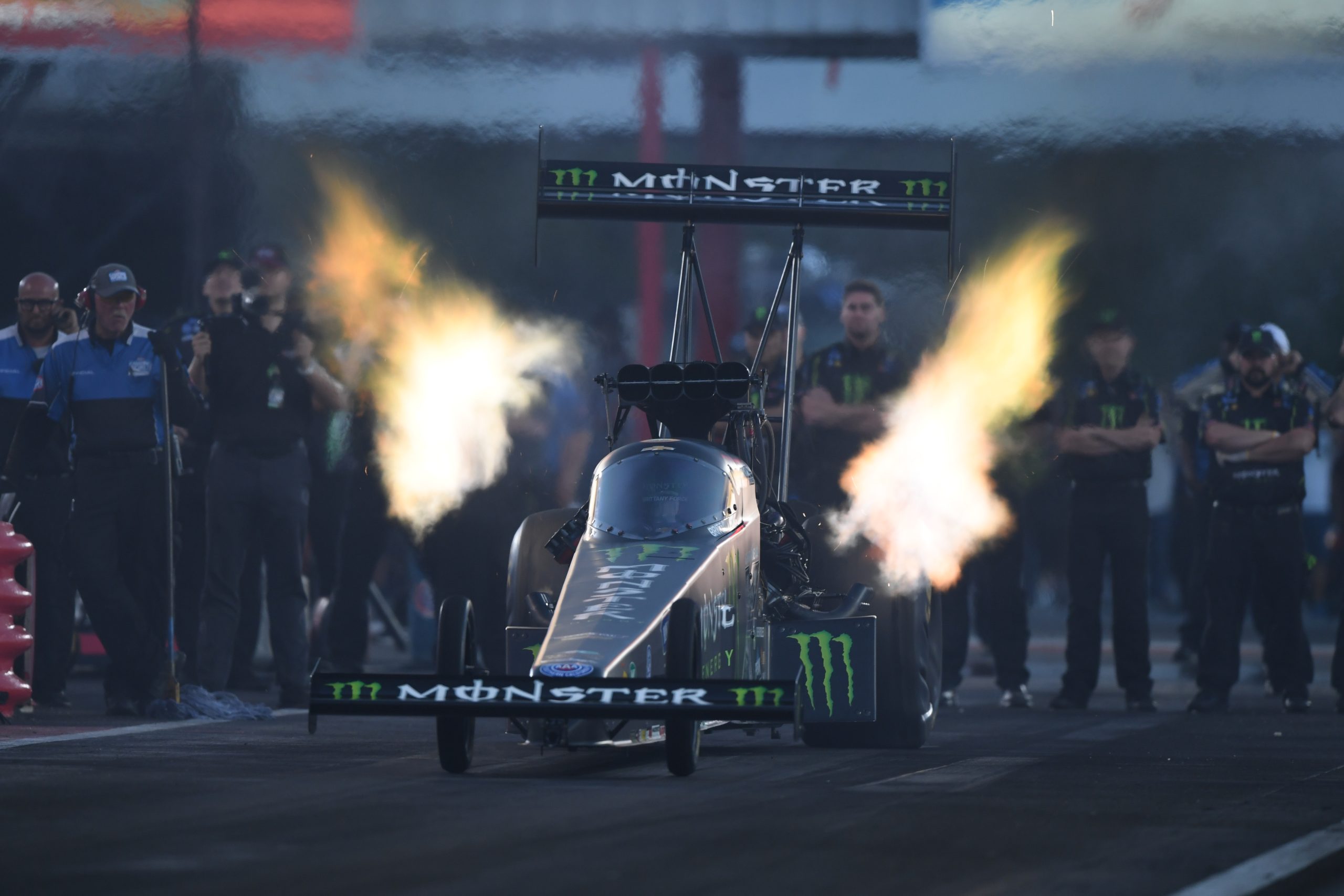 Brittany Force rocketed to the fastest pass in the history of Houston Raceway Park, grabbing the provisional No. 1 spot in Top Fuel and kicking off the final NHRA SpringNationals in impressive fashion on Friday at the legendary facility.

Force previously held the speed record at the Houston Raceway Park in Top Fuel but went 3.695-seconds at a record-breaking 333.58 mph in her 11,000-horsepower Monster Energy dragster to close out qualifying on Friday and give her the fastest run in both nitro categories. Coming off an impressive win in Las Vegas, Force put on a show in Houston, with her performance putting her in line for her second No. 1 qualifier this season and 34th in her career.

“That’s just huge for our team and everyone that was part of tonight,” Force said. “It’s the final race here in Houston, so to put on a show for them like that is pretty exciting for all of us. We were right on our target with our run and just looking at our season, we’ve put up some pretty big speeds. It was cool to put on a show like that for our fans. That win in Vegas just pumped us up and motivated us, and when you’re in that winner’s circle you want to get back at it. There’s just an extra energy in the pits and we want more.” 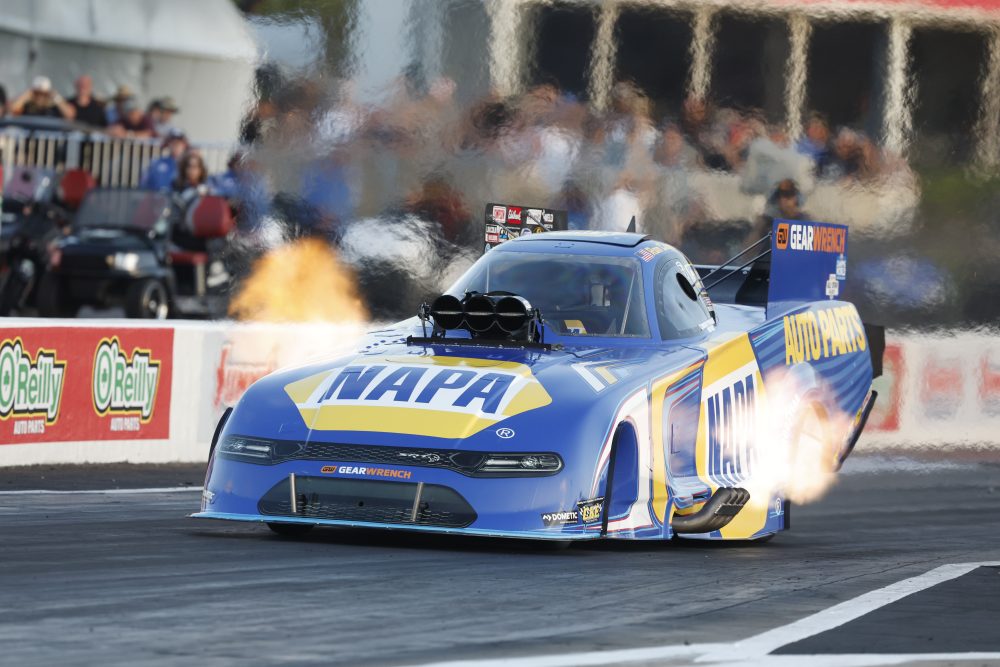 Still riding high from his first career victory as a team owner, reigning Funny Car world champion Capps kept rolling on Friday in Houston, going to the No. 1 spot with a standout run of 3.864 at 326.16 in his 11,000-horsepower NAPA Auto Parts Funny Car. It was just enough to slip past Robert Hight as the two standouts continue their thrilling duel this season and puts Capps in line to collect his third No. 1 qualifier in 20222 and 32nd in his career. Capps and Hight are also tied with four Funny Car wins in Houston and the two-time champ would like to collect another in the final event at the track.

“Our team makes me look way better than I am,” Capps said. “It’s a good hot rod right now and you’ve got to enjoy it when it’s like this. You show up first round and you hope you can put up a number like that. It’s imperative that you can do that. You go on these runs like this where you win rounds and win races, (but) you can’t get arrogant about it. You just take it as it comes and just be glad that you’ve got a good hot rod.” 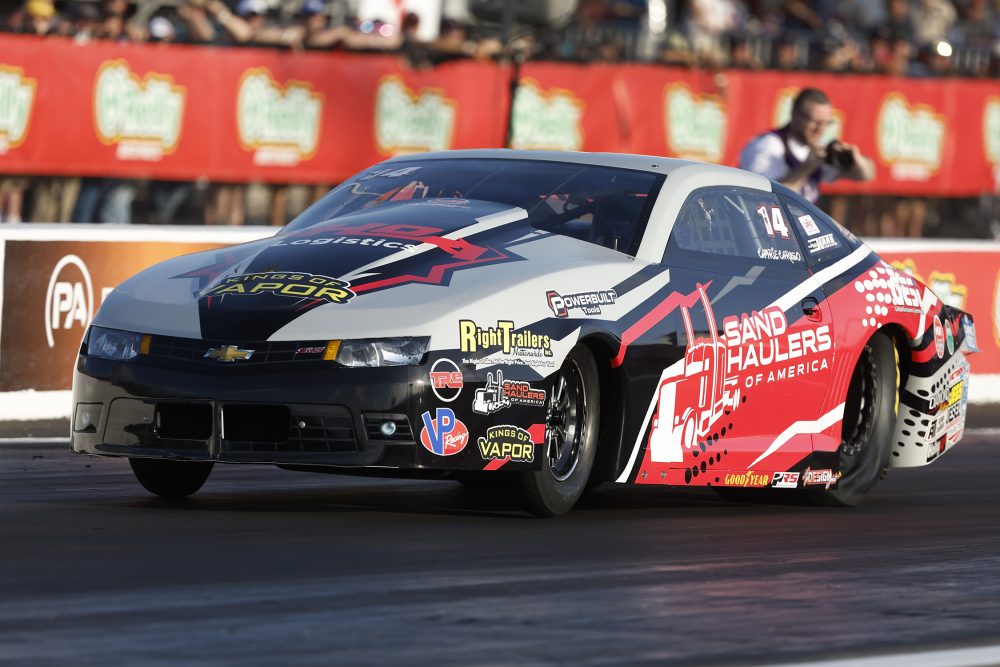 In just her fifth career start, rookie Caruso put on a show and is now on track for her first career No. 1 qualifier in Pro Stock after going 6.547 at 209.39 in her Sand Haulers of America Chevrolet Camaro. The young standout has enjoyed a strong start in the first year of her Pro Stock career in 2022 and Friday’s performance was the latest example. But Caruso has continually praised her team, one that has helped put her on the cusp of her first top spot.

“It was really exciting, and it felt really smooth,” Caruso said. “I’m really thankful for my guys and my team, and hopefully it holds. I always have confidence in my car and my team because they do a great job, but we just want to continue to make A to B runs and then we can improve from that. I wasn’t expecting No. 1, but I’ll take it.”

Houston native Erica Enders took the second spot on Friday thanks to her 6.553 at 210.87 as she looks for a win in the final race at her home track. Enders’ Elite Motorsports teammate and points leader Aaron Stanfield ran 6.555 at 210.57 to sit in the third position. 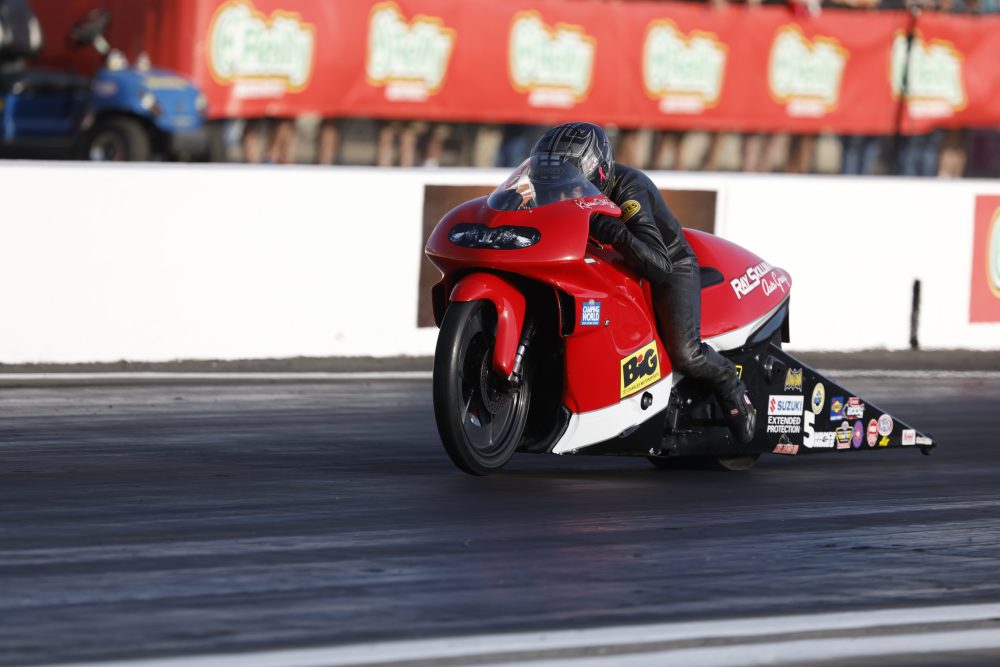 Stoffer simply picked up where she left off, vaulting to the top spot in Pro Stock Motorcycle after setting the world record and winning the opener in Gainesville. This time, she went 6.775 at 199.64 on her Ray Skillman Auto Group/Big St. Charles/Suzuki Extended Protection bike on Friday, hoping to pick up her sixth career No. 1 qualifier. Stoffer also has a strong history in Houston, winning a pair of races, and has been nothing but incredible to open the 2022 season.

“Gainesville seems like it was forever ago, so you’re definitely wondering if you can continue that momentum, but we were excited about putting together another good pass,” said Stoffer, who has two career Houston wins. “I think there’s more out there and there’s definitely going to be a lot of competition, but I hope it holds. It was fun and I’m just having such a blast on that bike. It’s just so fun to ride and it’s going so smooth and so straight and so fast. I’m just having a good time with it.”

Angie Smith, who finished as the runner-up to Stoffer in Gainesville, gave females the top two spots in the class with a 6.798 at 199.97, while Steve Johnson rounded out the top three with a 6.804 at 197.68 after the first qualifying session.

Qualifying continues at 1 p.m. CT on Saturday at the final NHRA SpringNationals at Houston Raceway Park.