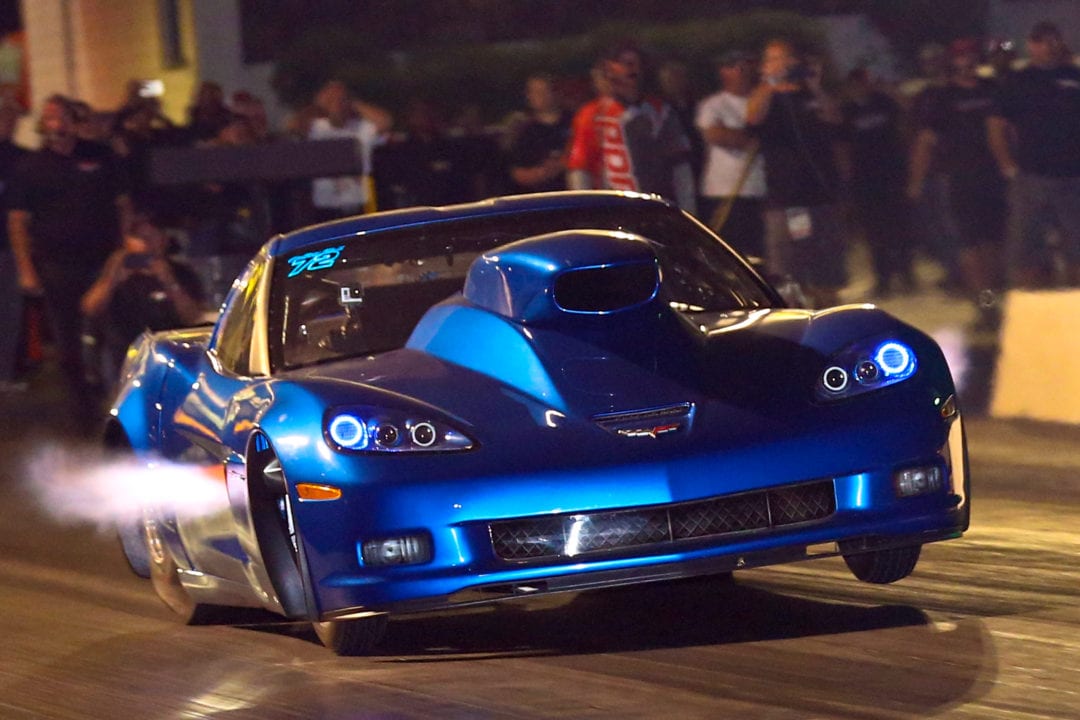 Atomizer Racing Injectors Outlaw 10.5 will run for a PDRA World Championship and has the opportunity to grow into a full schedule in the future.

“We really enjoy the Outlaw 10.5 class,” stated PDRA’s Bob Harris. “We’re excited to have them back this season and look forward to a good turn out. They put on a great show for the fans and represent a unique aspect of Pro Mods that we are proud to have represented at the PDRA this season. Small tire racing is exciting.”

“Outlaw 10.5 was really hot back in the early 2000s,” expressed French. “The radial class then became very popular with many racers moving in that direction. Now, since getting back to the tracks, I’ve seen a lot of diehard Outlaw 10.5 racers that are still out there and needed a venue to run in. So what I wanted to do was help grow the Outlaw 10.5 class back to where it once was. PDRA has got the schedule going in a good direction for guys in the South, Mid Atlantic, and Mid-West. I think that you’re going to see good car counts at these races.

“We stepped aside for several years to grow this business. Now that we’ve got a handle on our products, marketing and so forth, we decided to step back into racing.”

French’s 2017 Dodge Challenger RT is versatile, competing not only in Outlaw 10.5, but also in radial and even the Street Outlaw No Prep Kings. It’s equipped with a 528 cubic inch DiSomma Racing Engines twin turbo hemi.

“We decided to get back into 10.5 again because we market our product as we race what we build and we’re 100% made in the USA – all labor, all materials. We have a motto: Our injectors are made by racers for racers. We want to get that across and race amongst our customers.”

“We are grateful to Jack and Atomizer for their support and the role they’ve played in bringing Outlaw 10.5 back to the PDRA,” stated PDRA Marketing Director, Will Smith. “The company puts a large focus on giving back to the racers, and, like the PDRA, is ‘by racers for racers’. It’s a great partnership and we look forward to seeing Atomizer Racing Injectors Outlaw 10.5 this season.”

“We do believe in giving back to the racing community through sponsorship and other aid,” seconded French. “Our number one goal is to have the best customer service of any manufacturer in racing. We make sure we bend over backwards to help our customers at any time of day or night. I’m on the phone all the time with people all around the world. We support them, no matter what. We’ll do whatever it takes to get their program at the top level. They come first. Period.

“I think small tire racing is very exciting. You’re basically taking a Pro Mod drivetrain and putting it in a car that was originally built for the street, would have had a VIN number at one time and a small tire. The tire, the tune and the track are the limiting factors of the class. There’s always a lot of power and it’s fun to watch the teams get it to the pavement. It’s exciting for the fans and the racers themselves.”

Atomizer Racing Injectors just debuted their fourth generation injector, Atomizer 4 available now and geared toward high horsepower, single injector applications. The company plans to have a support vehicle equipped with product support and merchandise sales ready by 2019, if not before. For more information on Atomizer visit http://www.dragracinginjectors.com/.

The PDRA season opener at GALOT Motorsports Park is just three weeks away. Atomizer Racing Injectors Outlaw 10.5, along with all PDRA action, will be streamed live at www.SpeedVideo.com. Tickets can be found at www.pdra660.com.