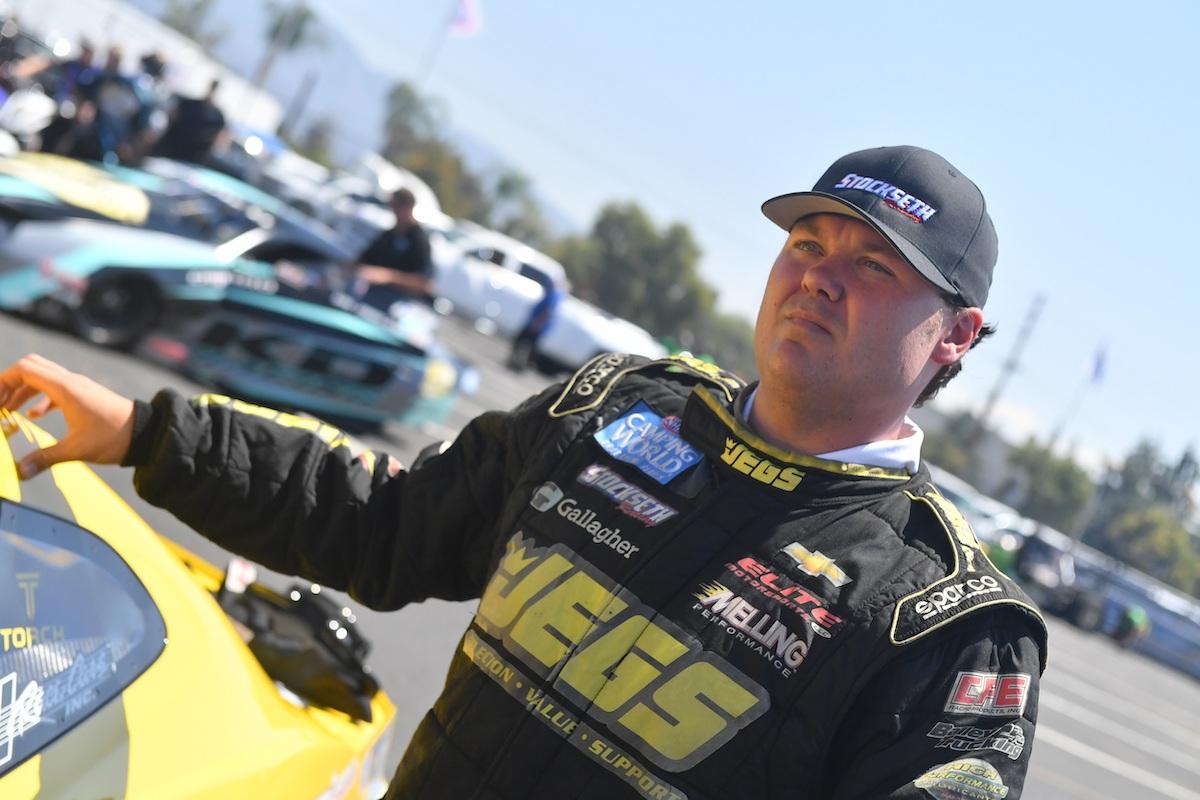 Whether he’s on the drag strip executing 210-plus mph runs in the JEGS.com Elite Motorsports Chevrolet Camaro or relaxing in the pits mingling with the fans, Pro Stock driver Troy Coughlin Jr. is a pretty unflappable guy. His steady demeanor has yielded three championships in the NHRA’s sportsman ranks as well as eight national event titles, 10 divisional wins and four high-dollar bracket race victories.

Heading into this weekend’s 32nd annual Menards NHRA Nationals presented by PetArmor, Coughlin Jr. knows if he can remain cool as the competition (and summertime temperatures) continue to heat up, he’ll be in great shape when the run into this year’s Camping World NHRA Championship takes shape.

“I love this time of the year because everything starts to get more intense,” Coughlin Jr. said. “It brings out the best in people and I love to race when stakes are high. We’ve had a steady first half of the season and I know without question we have a car and team capable of big things.

“These yellow and black guys have been making gains across the board, both in the engine shop and on the car itself, so we couldn’t be in a better position. I’m continually amazed at the effort put in (crew chief) Mark Ingersoll, Kelly Murphy, Steven Hurley, Eric Luzinski, and Kyle Bates.” 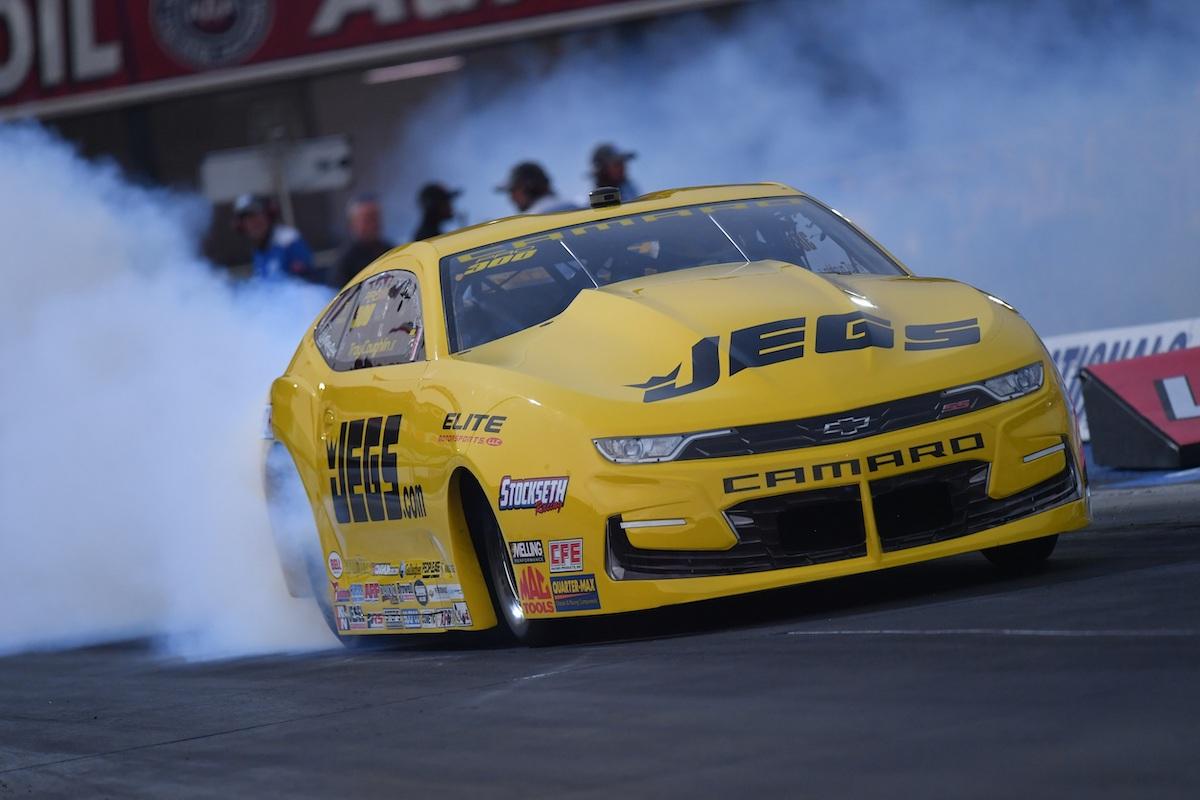 Although a win has alluded Coughlin Jr. and crew so far this season, they’ve managed to reach two final rounds and qualify in the top half of the field at eight of nine races. At the last stop in Pomona, Calif., he qualified a season-best fourth.

“We’d love to break through a get a win this weekend,” Coughlin Jr. said. “I just need to execute each run as perfectly as I can and then move on to the next one. If we do that seven times, we’ll be in the winner’s circle come Sunday afternoon.” 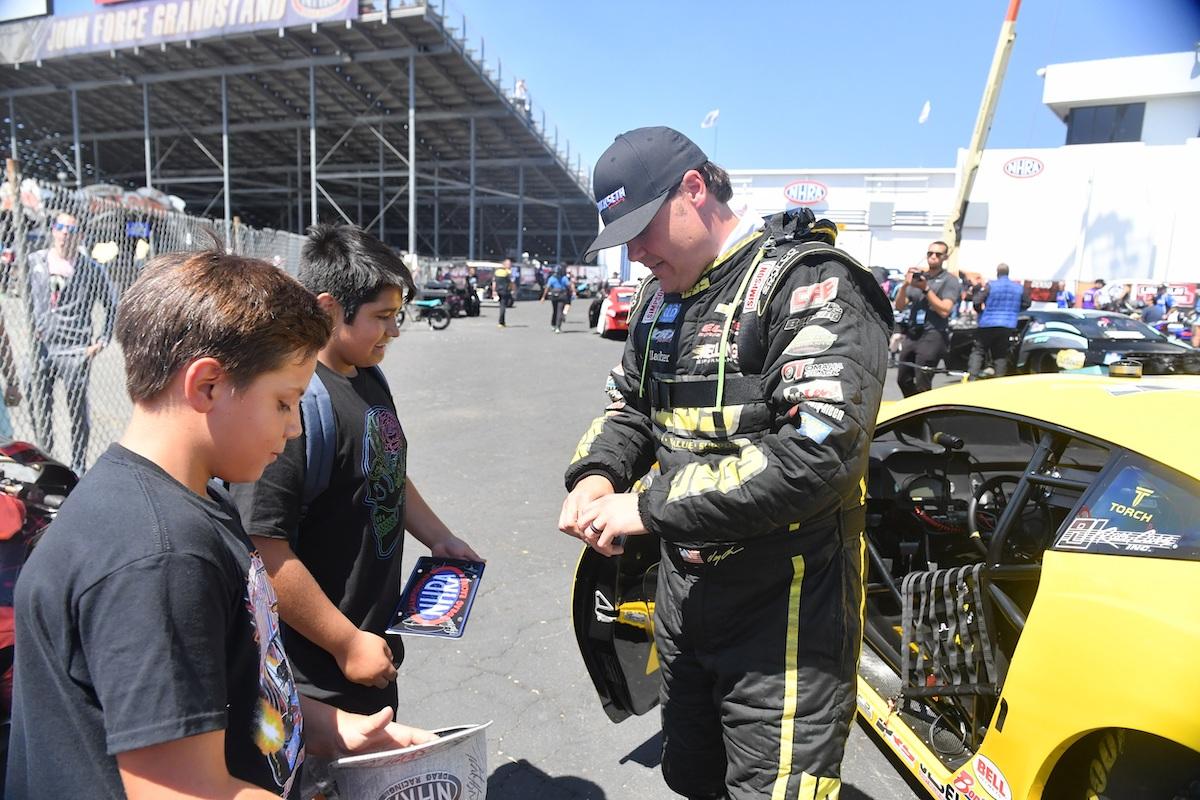 “Having the Coughlin name is such an honor,” Troy Jr. said. “I just try my best to uphold my end of the deal. I focus on the things I can control and always put forth my best effort. It’s what I owe my family name, my teammates and sponsors, and the fans. I say it all the time, I’m truly living a dream and I never forget how fortunate I am to be driving this car for this organization.”

Prior to the event, Troy Jr., his wife Brenna, and JEGS manager Woody Woodruff plan to find the best bar-be-que in Kansas City.