Mark Kidd has been racing 40 years, racking up plenty of success along the way. But never has he seen a time like this for bracket racers, summed up by the upcoming Great American Guaranteed Million, which takes place May 20-25 in Memphis.

“The bar has been getting raised exponentially the last several year. The bottom line is, these are the good old days for bracket racing,” Kidd.

The Idaho native didn’t hold back when describing his feelings for this race, either. Kidd has yet to race with promoters Britt Cummings and Gaylon Rolison, but it didn’t take much to convince him this was the path to take for his 2020 season.

A million-dollar payday certainly didn’t hurt, but it went far past that for Kidd, who is traveling across the country with his son, Rayce, to compete in the first-ever guaranteed $1 million-to-win purse. 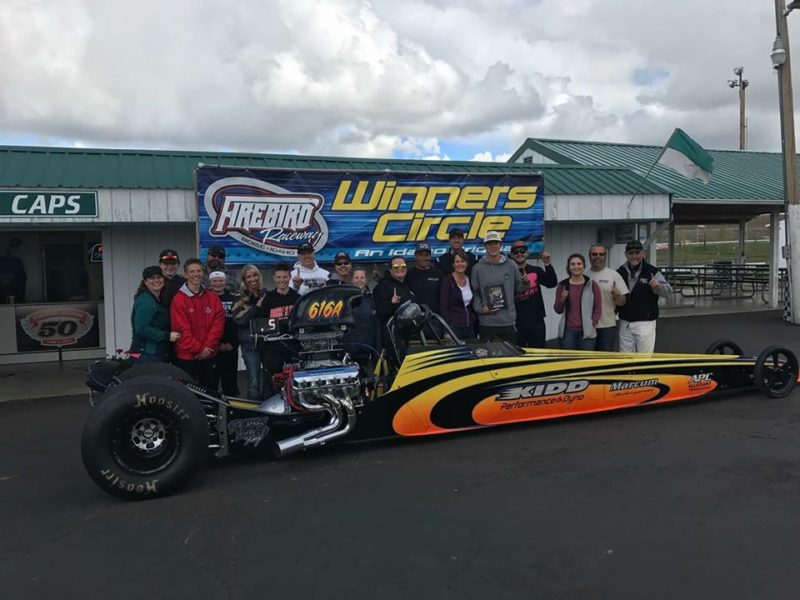 “There’s certain people you want to be involved with. They run a quality program and it’s just a quality group,” Kidd said. “These are the people you want to go race with. There’s a lot of trust involved in a race like this and you’re dealing with people of integrity. You just don’t worry about anything. They’re racers, they get it and they know how it works.”

For Kidd, a trip of this magnitude isn’t just run-of-the-mill.

The nearly 2,000-mile trek from Twin Falls, Idaho to Memphis represents his major travel of the year, and he’s certainly sacrificing plenty to try and compete with the best bracket racers in the world for a life-changing weekend.

Kidd and his son will bring their dragsters, and Mark will also bring his ’67 Chevy Nova, a car he calls his “favorite, hands-down,” where he’ll compete in the bottom-bulb race.

Should that go well, Kidd may also run that car in the main event, and he’s certainly thrilled with the opportunity, especially since his son will be joining him.

“I can say that I wouldn’t be doing this at this level if he wasn’t interested,” said Kidd, who owns Kidd Performance and Dyno in Twin Falls. “It’s a lot of work and he does a lot of work for me. Being able to experience this and all be together, it means a lot. It’s been a pretty good run.”

On the bracket racing scene, Kidd has a handful of $10,000 victories and put together a strong finish to his 2019.

He made a total of 42 runs at his home track during one weekend, winning in Pro in the Nova, also racing well in Vegas. Kidd’s son went deep in Bristol and Tucson as the both ended the year on a high note, something Kidd hopes translates to an unforgettable weekend in Memphis.

“You’ve got to visualize it, man,” Kidd said. “You have to go in there with the shot that you can win, but there’s no doubt it would be life-changing for me.”

With those kind of stakes, it can also mess with you mentally.

Kidd has always performed well under pressure, but this may be a different beast at the Great American Guaranteed Million.

He maintains he’ll try to stay cool when it matters, and with an abundance of chances to win big – including a trio of $40,000-to-win races on Thursday, Sunday and Monday – Kidd realizes there will be plenty of opportunities in front of him. The key, he noted, will be making the most of everything.

“First off, you want to make sure you’ve done your due diligence with your equipment, and then it’s a matter of being in the right frame of mind,” Kidd said. “It’s all about focus. That’s the paramount thing – executing, staying in the moment and making all the right decisions. It’s just a survival and you almost have to treat each round like separate little battles.

But I love the fact that there’s more chances (with the Triple 40s). It’s definitely intriguing and I can’t wait.”

Parking for the Great American Guaranteed Million starts on Tuesday, May 19. Testing starts the next day, with the first of the Triple 40s taking place on Thursday.

On Friday, each racer will get a timed entry and then they will run the opening round and the re-entry round before finishing for the night. The race for $1 million will start Saturday morning with a time run before everything is decided.