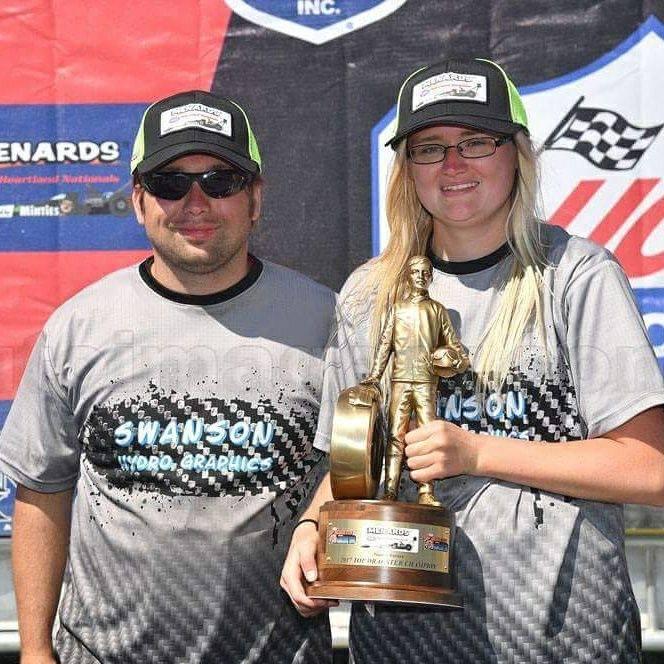 “We’ve had several great seasons, but something always came up that prevented us from making it to all the races needed to contend for a championship,” said Afton Swanson, 27. “With this support from Arnold Motor Supply, we are now in a position to be able to run a full schedule. I am so thankful to have this opportunity and hope we can do well for them.”

Arnold Motor Supply, based out of Spencer, Iowa has more than 50 parts stores throughout Iowa, Nebraska, Missouri, Minnesota, and Illinois. Arnold Motor Supply has been in business for over 90 years and is one of the most recognized brands in Iowa.

“Growing up, my dad would take me into town and we would buy parts at the local Arnold’s. 20 years later, my husband Joe and I purchase many of our supplies for our business (Swanson Hydro Graphics) through Arnold Motor Supply. It is awesome to be partnered with a company that has always been a part of my life.” 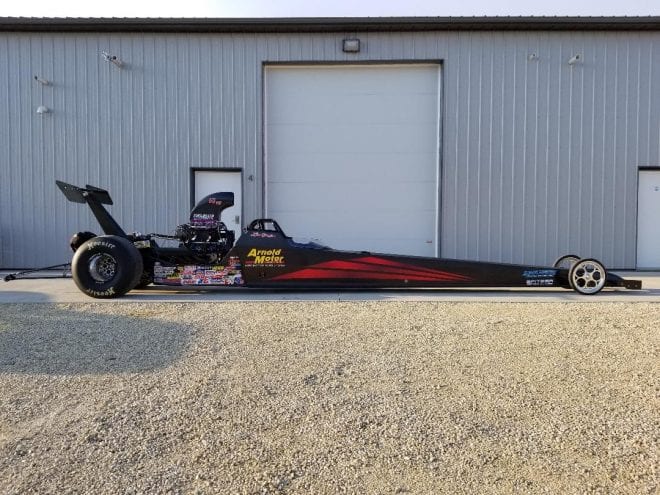 Arnold Motor Supply has been involved in the dirt track world for several years and wanted to grow brand awareness in drag racing. “I feel incredibly honored to have this opportunity to bring an Iowa company into the drag racing industry,” says Afton.

Afton and Joe Swanson are a husband and wife team from Denver, Iowa. Afton (27) and Joe (29) are first generation racers forging their own path in the world of drag racing. Although they are one of the youngest teams in drag racing, they have already made a name for themselves in the Top Dragster class.

Afton finished in the Top 25 in the NHRA national points standings the past two seasons, despite not attending all the races needed to maximize her points total. Afton also won the NHRA Heartland Nationals in Topeka in 2017, and was runner up at the NHRA Midwest Nationals in St. Louis in 2018.
Joe has also built a reputation as an exceptional crew chief at only 29 years old. The Swanson’s Top Dragster is a 2015 Spitzer car, powered by a 540 cubic inch big block Chevy, with a 14-71 roots blower. Joe has tuned their Top Dragster to multiple world records, including the Fastest BTE Transmission and Torque Converter Equipped Car, and the Fastest Ron’s Fuel Injected Car in drag racing.

Afton and Joe will kick off their NHRA season at the Route 66 Nationals in Chicago, May 30 – June 2. Follow along with the team on Facebook and Instagram @Swanson Motorsports