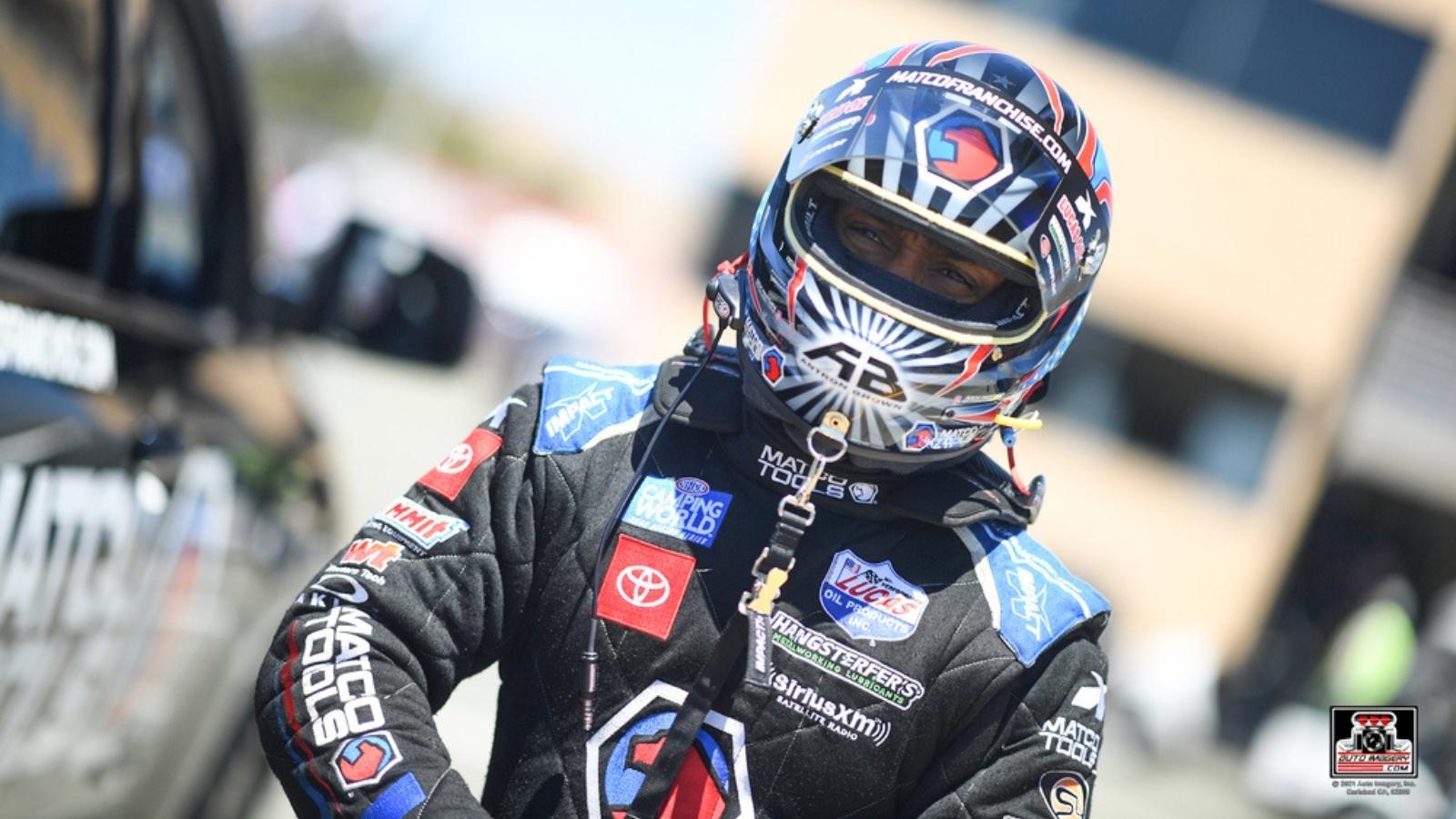 Antron Brown wrapped up qualifying at the NHRA Sonoma Nationals by posting a 3.755 E.T. during the third session to earn a spot on the top half of the Top Fuel ladder for Sunday’s elimination show. Starting from eighth, Brown drew No. 9 qualifier Shawn Langdon as his first-round competitor. The three-time Top Fuel world champion used his quick reflexes to score a slight starting line advantage and made a solid pass aboard the Matco Tools dragster, but his lead was short-lived as Langdon had pulled ahead by the time they passed the Christmas tree and never trailed for the win, ending Brown’s day early.

“The main thing is this Matco Tools/Lucas Oil team is making strides and we’re moving in the direction we want to be going,” said Brown of the steady progress his team has continued to make over the last several events. “We’re looking super forward to getting to Seattle, another sea-level track, and to continue to grow and move forward into the Countdown to the Championship. We just lost a tough match-up to Shawn Langdon today. It was a close race, they ran a good lap, and next week we’ll try to improve and be better. We have a lot of Matco Tools support at Pacific Raceways in Kent (Wash.). We haven’t been there since 2019, before COVID, so it should be an awesome weekend.”

Brown and the Matco Tools Top Fuel team head to the NHRA Northwest Nationals ranked eleventh in the standings.