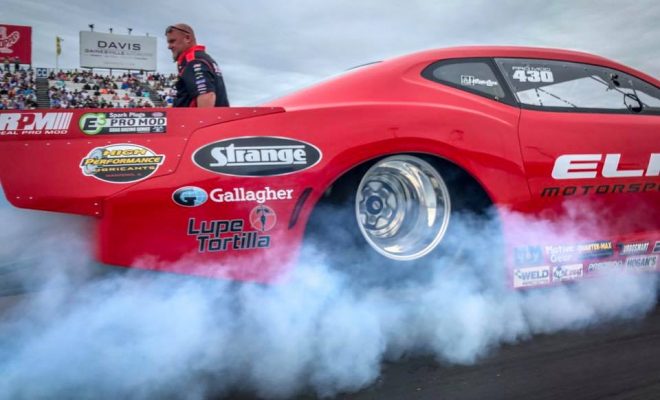 Another First For Enders: Her First NHRA Four-Wide Pro Mod Race In Charlotte

Erica Enders picked up her first Pro Stock win at the NHRA Four-Wide Nationals a year ago in Charlotte.

With the unique race at state-of-the-art zMAX Dragway celebrating its 10th anniversary in 2019, Enders is hoping for success in her first Pro Mod experience at a four-wide race. Pro Stock isn’t racing at Charlotte because of its new 18-race schedule this year, which means the event, much like the most recent race in Houston, is another Pro Mod-only weekend for the talented Enders.

Based on the success she had in Houston in her Elite Motorsports turbocharged RJ Race Cars Camaro, where she won a first-round matchup and then set the class speed record with a thrilling run of 260.11 mph, Enders is confident her team can continue to push forward and have success.

“We’re going back as the defending champion, it’s just in a different class,” said Enders, a two-time Pro Stock world champion. “It’s a different mindset and a different gameplan for this class, but we’re taking steps in the right direction. I feel like we have the best people you can have, the best equipment and I’m trying to be the best driver I can be. I’m optimistic for the weekend if I can do my job.”

She did it last year at zMAX Dragway in Pro Stock, earning the four-wide win on a holeshot in the final round.

She also did it at her hometown track in Houston two weeks ago, showing off her impressive driving skills to take home a well-earned Pro Mod win.

After just missing the record qualifying field in Gainesville, Enders and her team, led by tuner Shane Tecklenburg and Justin Elkes of Modern Racing, along with the Elite Motorsports contingent, showed strong progress in Houston.

But in upsetting No. 2 qualifier Chad Green in the opening round of eliminations with a 5.758 at 258.86, Enders experienced one of the wildest trips down the quarter-mile in her standout drag racing career.

“That was absolutely the hairiest ride I’ve ever had in a race car,” Enders said. “It was unbelievable. I feel like the danger zone is around 300-400 feet, that’s where it can get out of control. But in that first round, I was through the danger zone and at like 500 feet, it just picked the front end up.
“I was just driving by the seat of my pants. But to see the win light come on, I was pumped. I just felt that crazy adrenaline rush, and just that raw excitement, that’s what it’s all about.”

Enders will look for more excitement with more round wins against an ultra-talented Pro Mod field that will include more than 25 star drivers in Charlotte.

Just qualifying is a feat in itself, but with the progress her team has made, Enders’ goal is qualifying in the middle of the pack and being a threat on raceday. Seeing the progress of the team has been fascinating and Enders has enjoyed the learning process of a new class.

“I’m learning every run as a driver,” Enders said. “The confidence is definitely coming, but I want to get to where I’m at in Pro Stock. That’s the goal. But we have the best people working on this car and we’re certainly trying our hardest.”

The first of four E3 Spark Plugs NHRA Pro Mod Drag Racing Series presented by J&A Service qualifying sessions takes place at 4:00 p.m. and 7:00 p.m. on Friday, and the final two rounds of qualifying take place on Saturday at 1:30 p.m. and 3:55 p.m. The first round of Pro Mod eliminations are scheduled for 12:40 p.m. on Sunday. 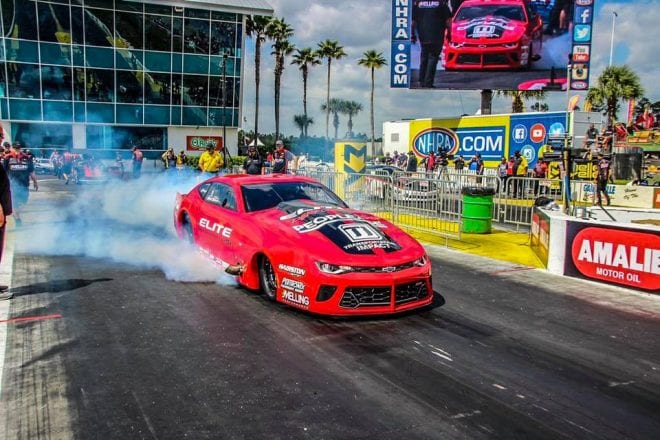